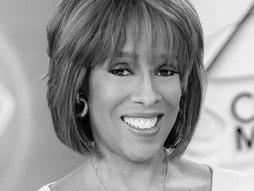 Journalist
cbsnews.com @GayleKing
Gayle King is a co-host of "CBS This Morning” and Editor-at-Large of the award-winning O, the Oprah Magazine.

An award-winning journalist who has worked across television, radio and print, Gayle King is a co-host of CBS This Morning and Editor-at-Large of O, the Oprah Magazine.

King previously hosted The Gayle King Show, a live, weekday television interview program on OWN: The Oprah Winfrey Network. The program, which featured a discussion of a broad variety of topics that include politics, cultural developments, was also broadcast on XM Satellite Radio, where it premiered in 2006.

Before moving into print and radio, King worked for 18 years (1982–2000) as a television news anchor for CBS affiliate WFSB-TV in Hartford, Conn., during which period, she also hosted her own syndicated daytime program. Prior to joining WFSB, King worked at several other television stations, including WDAF-TV in Kansas City, Mo. (1978-1981), WJZ-TV in Baltimore, Md. (1976), and WTOP-TV in Washington, D.C. (1975).

King has received numerous awards for her extensive work as a journalist. In addition to three Emmys, she was honored in 2008 with the American Women in Radio & Television Gracie Award for Outstanding Radio Talk Show and in 2010 with both the Individual Achievement Award for Host-Entertainment/Information and the New York Women in Communications' Matrix Award. 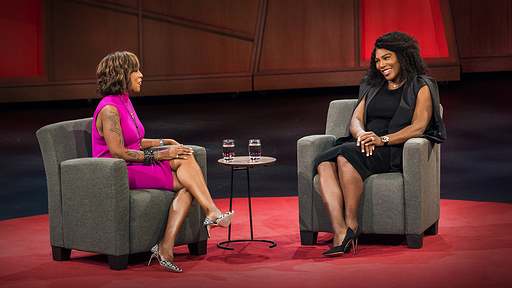 On tennis, love and motherhood

Session 4 of TED2017 kicked off with an interview with perhaps the greatest athlete of all time, Serena Williams, and closed with the potentially world-changing announcement of this year’s TED Prize wish from Raj Panjabi. In between, the session saw a surprise talk directly from the Vatican by His Holiness Pope Francis — the culmination of […]

“Winning for me is super addictive”: 7 questions with Serena Williams at TED2017

Serena Williams starts her interview on the TED2017 stage with a confession to journalist Gayle King: the photo that let the world know she was pregnant? She posted it by accident. “I was on vacation, taking time for myself, and I have this thing where I’ve been checking my status and taking a picture every week,” […]