Epidemiologist
Website: Cure Violence Twitter: @GSlutkin
Could our culture have misdiagnosed violence? As the director of the initiative Cure Violence, Gary Slutkin approaches gunfire on neighborhood streets as a contagious disease, looking to science and public health for strategies to stop it.

Gary Slutkin is an epidemiologist, an innovator in violence reduction, and the Founder/Executive Director of Cure Violence, formerly known as CeaseFire. As a physician, he began his career working in Somalian refugee camps, where tuberculosis and cholera epidemics flared up regularly. He went on to work for the World Health Organization on reversing epidemics, supporting Uganda’s AIDS program which helped the country reversed the course of the disease. Upon returning to the United States, it occurred to him: could gun violence function like an epidemic? And could it be fought, and even stopped, using the principles of public health?

Slutkin has applied the lessons learned over a decade of fighting epidemics to the creation of Cure Violence, a public health approach that has been statistically validated by two independent evaluations by the Department of Justice and Centers for Disease Control. Cure Violence has been called a "pioneering violence reduction model" and its methods have received nods from the Institute of Medicine and the U.S. Conference of Mayors. The program is being replicated at more than 50 sites in 15 U.S. cities, as well as in many countries abroad.

Dr. Sultkin is an Ashoka Fellow, a Professor of Epidemiology and International Health at the University of Illinois at Chicago, and a senior advisor to the World Health Organization. 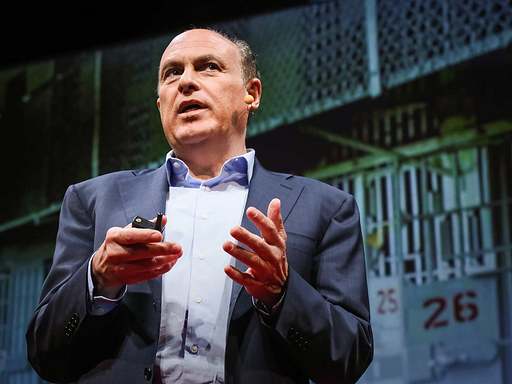 In his 2013 TED Talk, physician Gary Slutkin noted that the spread of gun violence followed the patterns of infectious diseases. Strange, but true. Here, the talk is given a bold visual treatment.