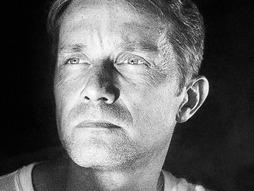 For 31 days, from June 1 to July 2, 2014, Fabien Cousteau and a team of scientists and filmmakers lived and worked 20 meters below the surface of the Atlantic Ocean, at the Acquarius underwater science lab 9 miles off the coast of Florida. The intent of Mission31: study the life of and on the coral reef -- and the effects of climate change, acidification, and pollution, in particular by plastic debris and oil spills. But it was also a study of the scientists themselves spending extended time underwater. By stayigng down continuously, they collected the equivalent of several years of scientific data in just a month.

50 years ago Fabien Cousteau's grandfather, the legendary ocean explorer Jacques-Yves Cousteau, led a similar -- but shorter by one day -- expedition under the surface of the Red Sea. Since, we have explored only a very small portion of the oceans, less than 5 percent.

“You get used to it. Eel, sharks, barracuda parking on your shoulder wondering what you're doing. Animals getting used to you in their environment.” — Time, July 2014 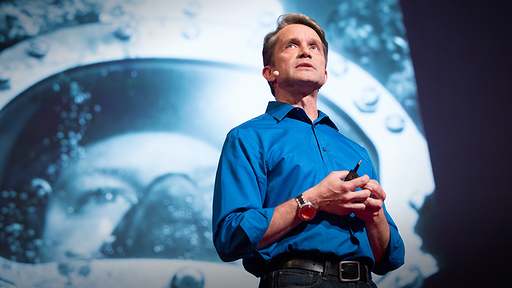 What I learned from spending 31 days underwater

Crazy things people do … in the name of science

In 2014, Google's Alan Eustace strapped himself to a weather balloon, soared to a height of 135,000 feet … and then jumped -- all for science. Read more about his experiment ... and about 9 others who merrily pushed the boundaries in the name of their work.

Bold expeditions: A recap of session 12 of TEDGlobal 2014

In the final session of TEDGlobal 2014, Mighty spaces, we take four journeys — three to great expanses in the world, and one into our minds and hearts: A low blue haze lights the stage as choreographer Aakash Odedra spins slowly. The light grows and his dance picks up — a mix of classical Indian […]

What Fabien Cousteau learned from living underwater for 31 days

Ocean exploration has been the Cousteau family business for three generations. In this fascinating Q&A, aquanaut Fabien Cousteau discusses everything from why we need underwater cities to what it's like to beat your grandfather's world record.