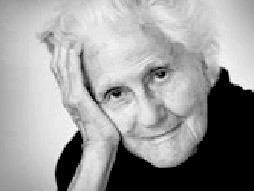 Young Eva Zeisel was driven by two desires: to make beautiful things, and to see the world. Her long and legendary career in ceramics helped her do both. Born in Budapest in 1906, she apprenticed to a guild of potters as a teenager, then worked in Germany and later Russia (where she was imprisoned by Stalin for 16 months) and Vienna. Landing in New York in 1938 with her husband Hans, Zeisel began her second design career.

In the American postwar period, Zeisel's work simply defined the era. Organic shapes, toned colors, a sense of fun and play -- her Town and Country line for Red Wing in particular evokes an urbane early-1950s kitchen where you'd be likely to get an excellent cup of coffee and some good conversation.

Zeisel took a break from design in the 1960s and 1970s, returning to the scene in the 1980s as interest in her older work revived. But as she collected lifetime achievement awards and saw centenary exhibitions open and close, she didn't simply rehash her older work for the repro crowd -- instead branching out into glassware and furniture. Zeisel died in late 2011 at the age of 105.

“'She’s a conduit to pure things,' Mr. Klein said in 2007. He recalled that Ms. Zeisel ... told him never to try to create anything new. Asked how to make something beautiful, he said, she replied, 'You just have to get out of the way.'” — David Klein, quoted in the New York Times 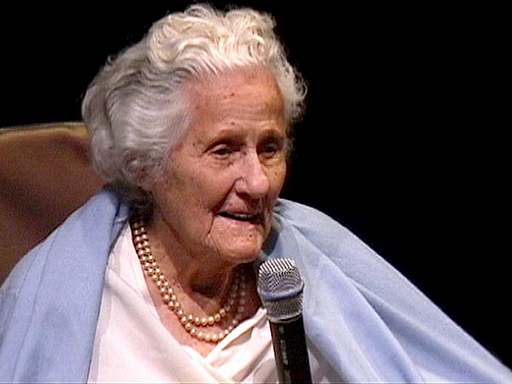 The playful search for beauty