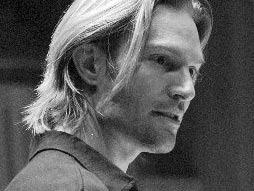 Eric Whitacre began his music career singing in his college choir; by 21, he had written his first concert work, Go, Lovely Rose, and advanced to Juilliard, where he studied under John Corigliano. Today, he has published more than four dozen choral works, conducted in some of the most esteemed halls in the world, and featured on dozens of recordings. His album Cloudburst and Other Choral Works earned him a Grammy nomination in 2007, as did his Decca debut Light & Gold, while his new album, Water Night, debuted at #1 in US iTunes classical charts.

You may know him, too, as the creator and conductor of the virtual choir, a network of YouTube-connected singers whose voices blend together online to become true magic. And he's now touring with the Eric Whitacre Signers, a 28-voice choir (yes, they're all in the same room).

“What hits you straight between the eyes is the honesty, optimism and sheer belief that passes any pretension. This is music that can actually make you smile.” — The BBC 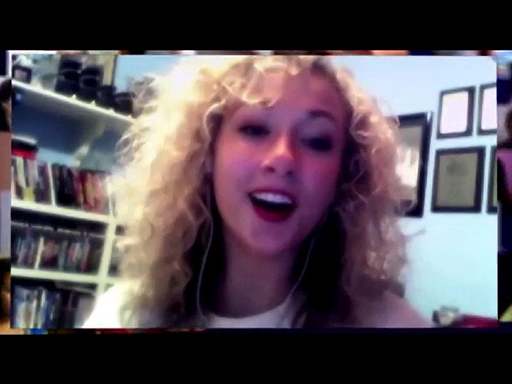 A choir as big as the Internet 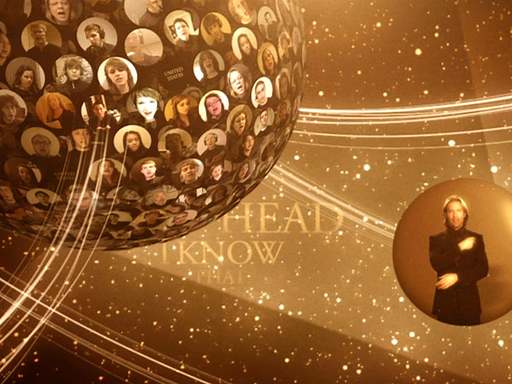 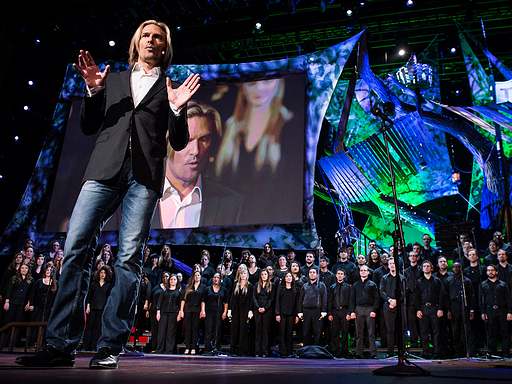 There are thousands of faces in the skyscraper windows in this anime-inspired 3D music video. Each face is a webcam capture of a singer — 5,905 of them to be exact, from 101 countries across the globe. Their voices have been blended together into a virtual choir by composer Eric Whitacre for his latest composition, […]

The live meshing of a real life and virtual chorus

Eric Whitacre has spent most of his career conducting traditional choirs. Then, in 2009, a fan video posted to YouTube sparked a crazy idea: could he take singers from across the globe, have them sing the same piece on video, and edit it together into a virtual choir? The results of this experiment quickly went […]

A choir live and online: Eric Whitacre at TED2013