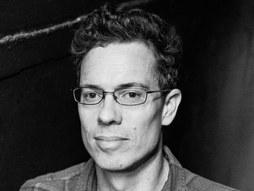 Artist, educator
ericdyer.com @KineticEric instagram.com/KineticEricDyer
Eric Dyer is an artist and educator who brings animation into the physical world with his sequential images, sculptures and installations.

Eric Dyer spent years working at a computer to produce images for the screen. Longing to "get my hands back on the work," he returned to a tactile creative process. He began exploring the zoetrope, an early form of animation. The device, popular in the 19th century, consists of a slitted drum whose interior is lined with a sequence of images. When the object is spun, the viewer peers through the apertures in the drum and the forms appear to move. By replacing the drum with a fast-shutter digital video camera, Dyer invented the process of making films from spinning sculptures. He continues to innovate with new tools and applications, moving his work off the screen and into real spaces.

Dyer work has been widely exhibited at events and venues such as the Smithsonian National Gallery of Art, Ars Electronica, international animation festivals in numerous countries, the screens of Times Square, and the Cairo and Venice Biennales. He has been honored as a Fulbright Fellow, Sundance New Frontier Artist, Creative Capital Artist and Guggenheim Fellow. Dyer's fervent exploration of expression through motion has placed his work in books such as Re-imagining Animation: the Changing Face of the Moving Image, Pervasive Animation, Animation: A World History and A New History of Animation. He has been a visiting artist at institutions such as Carnegie Mellon University, ECNU in Shanghai, and CalArts. Dyer teaches visual arts and animation at UMBC in Baltimore, MD and is represented by Ronald Feldman Fine Arts, New York. 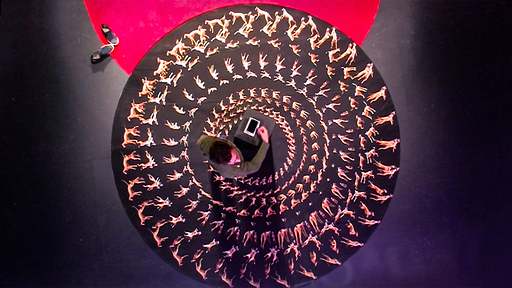 The forgotten art of the zoetrope