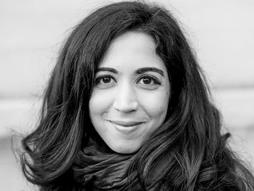 Journalist, author
emilyesfahanismith.com @EmEsfahaniSmith The Power of Meaning
In her book "The Power of Meaning," Emily Esfahani Smith rounds up the latest research — and the stories of fascinating people she interviewed — to argue that the search for meaning is far more fulfilling than the pursuit of personal happiness.

Emily Esfahani Smith is the author of The Power of Meaning: Finding Fulfillment in a World Obsessed With Happiness. In her book and TED Talk, she argues that we're chasing the wrong goal -- a life of meaning, not happiness, should be our aim.

Our culture is obsessed with happiness. Even though we devote vast amounts of time and resources trying to be happier, many of us feel aimless and alienated nonetheless. With depression and loneliness trending upward for decades and the suicide rate rising around the world -- recently reaching a 30-year high in the United States -- it's clear that something is wrong. In recent years, social scientists have been trying to understand what exactly the problem is. What they've found is striking. What predicts the rising tide of despair sweeping across society is not a lack of happiness. It's a lack of something else -- a lack of having meaning in life. In fact, chasing and valuing happiness, the way our culture encourages us to do, can actually make people unhappy.

This set Smith on a journey to understand what constitutes a meaningful life. After extensive research and reporting, she came to see that there are four pillars of a meaningful life -- and she lays them out in her TED Talk. Ultimately, she discovered that the search for meaning is far more fulfilling than the pursuit of personal happiness -- and we all have the power to build more meaning in our lives.

Smith's articles and essays have appeared in the Wall Street Journal, New York Times, and The Atlantic. The former managing editor of The New Criterion, Smith is also an editor at the Stanford University's Hoover Institution, where she advises the Ben Franklin Circles project, a collaboration with the 92nd Street Y and Citizen University to build meaning in local communities. 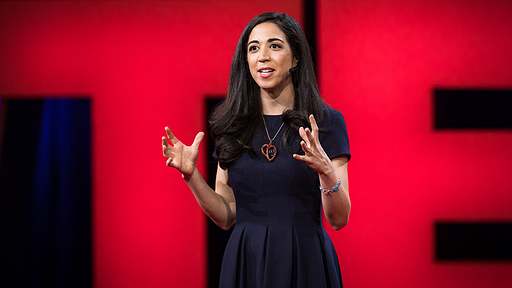 There's more to life than being happy

For the ninth session of TED2017, hosted by TED’s Editorial Director Helen Walters and Curation Director Kelly Stoetzel, we look into ourselves with seven speakers who take on subjects ranging from parenting to social interaction and heartbreak, revealing nuggets of wisdom that just might help you lead a better, more fulfilled life. The longest-running study […]