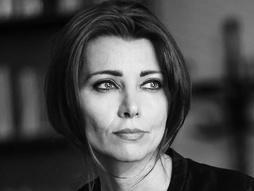 Novelist
elifsafak.com.tr @Elif_Safak
Elif Shafak explicitly defies definition — her writing blends East and West, feminism and tradition, the local and the global, Sufism and rationalism, creating one of today's most unique voices in literature.

Elif Shafak is an award-winning novelist and the most widely read female writer in Turkey. She is also a political commentator and an inspirational public speaker.

She writes in both Turkish and English and has published 15 books, 10 of which are novels, including the bestselling The Bastard of Istanbul, The Forty Rules of Love and her most recent, Three Daughters of Eve. Her books have been published in 48 languages. She is published by Penguin in the UK and represented by Curtis Brown globally.

Shafak is a TEDGlobal speaker, a member of Weforum Global Agenda Council on Creative Economy in Davos and a founding member of ECFR (European Council on Foreign Relations). She has been awarded the title of Chevalier des Arts et des Lettres in 2010 by the French government.

She has been featured in and contributes to major newspapers and periodicals around the world, including the Financial Times, The Guardian, the New York Times, the Wall Street Journal, Der Spiegel and La Repubblica.

Shafak has an academic background and has taught at various universities in Turkey, UK and USA. She holds a degree in International Relations, a masters degree in gender and women's studies and a PhD in political science. She is known as a women's rights, minority rights and LGBT rights advocate.

As a public speaker, Shafak is represented by The London Speaker Bureau and Chartwell Speakers and Penguin Speakers Bureau. She lives in London.

“Shafak is a brave champion of cosmopolitanism, a sophisticated feminist, and an ambitious novelist who infuses her magical-realist fiction with big, important ideas.” — New Republic 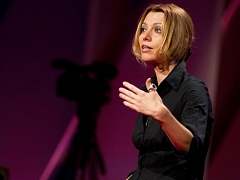 The politics of fiction 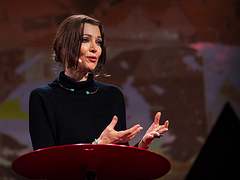 The revolutionary power of diverse thought

Future visions: The talks of TEDGlobalNYC

The advance toward a more connected, united, compassionate world is in peril. Some voices are demanding a retreat, back to a world where insular nations battle for their own interests. But most of the big problems we face are collective in nature and global in scope. What can we do, together, about it? In a […]

JD Vance moves to Ohio, the underwater caves of the Bahamas, and the search for ancient lost sites in Peru

JD Vance moves to Ohio, Jill Heinerth takes us to the underwater caves of the Bahamas, and the search for ancient lost sites in Peru ... and more news from our always-busy TED speakers.

The politics of fiction: Elif Shafak on TED.com

Listening to stories widens the imagination; telling them lets us leap over cultural walls, embrace different experiences, feel what others feel. Elif Shafak builds on this simple idea to argue that fiction can overcome identity politics. (Recorded at TEDGlobal 2010, July 2010 in Oxford, UK. Duration: 19:46) http://video.ted.com/assets/player/swf/EmbedPlayer.swf Watch Elif Shafak’s talk on TED.com, where […]