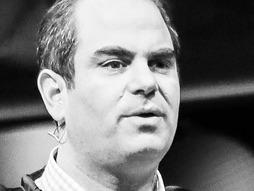 When he was 6-years-old, Eli Beer was walking home from school when he witnessed a bus bombing in Jerusalem. This traumatic experience inspired Beer to seek out a career that saves lives. At age 15, he took an EMT course and began volunteering on an ambulance. But he found that, when someone truly needed fast medical attention, the ambulance just wasn't able to get there in time because of traffic and the distance needed to travel.

At age 17, Beer gathered a like-minded group of EMTs with a passion for saving lives to listen to police scanners and rush to the scene when medical help was needed in their neighborhood. The initiative became United Hatzalah, which is Hebrew for “rescue.” Twenty-five years later, the organization has more than 2,000 volunteers and helped 207,000 people as they waited for an ambulance last year. Beer serves as United Hatzalah’s president.

Beer has responded to some of the worst civil, wartime and terror-related incidents. In 2010, he was named Social Entrepreneur of the Year in Israel by the Schwab Foundation for Social Entrepreneurship and, two years later, became a World Economic Forum Young Global Leader. Married with five children, when Beer is not saving lives or guiding United Hatzalah, he manages the family real estate company, Beer Realty. 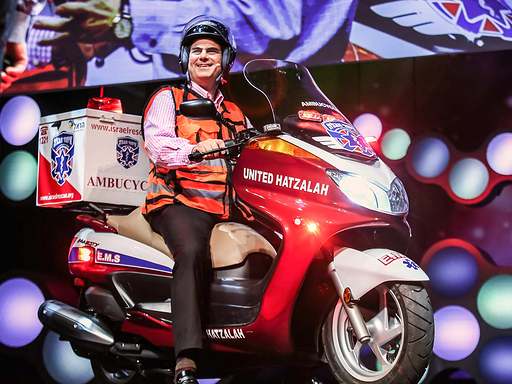 The fastest ambulance? A motorcycle

Saving lives on ambucycles: A short Q&A with Eli Beer

In today’s talk, Eli Beer shares an incredible story of how he, as a frustrated 17-year-old ambulance volunteer, was sick of sitting in traffic and getting to patients too late to save them. And so he organized a group of 15 fellow EMTs to respond to calls in their neighborhood, on foot if needed, and […]

In today’s talk, Eli Beer explains how United Hatzalah, his organization of ambucycle-riding volunteer emergency medical responders, has shaved critical minutes off of the average emergency response time — first in Jerusalem, then throughout Israel, and now in several countries around the world. The core mission of United Hatzalah (which is Hebrew for “rescue”) is […]