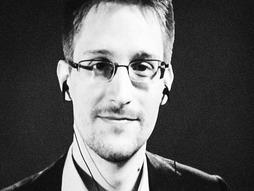 Edward Snowden was just about to turn 28 when his face was suddenly splashed across every major newspaper in the US. In the summer of 2013 The Guardian published a series of leaked documents about the American National Security Agency (NSA), starting with an article about a secret court order demanding American phone records from Verizon, followed by an article on the NSA's top-secret Prism program, said to be accessing user data from Google, Apple and Facebook.

It wasn't long before Snowden came forward as the source, revealing that he had carefully planned the leak, copying documents when he was working as a contractor for the NSA. "I understand that I will be made to suffer for my actions," he said at the time, but "I will be satisfied if the federation of secret law, unequal pardon and irresistible executive powers that rule the world that I love are revealed even for an instant." Snowden's actions have led to a global debate on the relationship between national security and online privacy. His leaks continue to have a lasting impact on the American public's view of the government, and has encouraged media scrutiny on the NSA.

Snowden had coordinated the leak with journalist Glenn Greenwald and filmmaker Laura Poitras from Hong Kong; after he revealed his identity, he fled and ended up in Moscow. Under charges of espionage by the American government, Snowden remains in Russia in temporary asylum.

Here's how we take back the Internet

Some people might not like his tactics, but Edward Snowden has done great things for privacy rights, says Freedom of the Press Foundation's Trevor Timm. That's why it's time for him to come home.

Citizenfour provides a gripping look at events including a filmmaker's first meeting with "Citizen four," aka Edward Snowden.

As one of the first reporters to see Edward Snowden's files, Glenn Greenwald has faced personal repercussions for his professional work -- yet continues to speak publicly about mass surveillance issues. In this searing talk, Greenwald makes the case for why privacy matters.