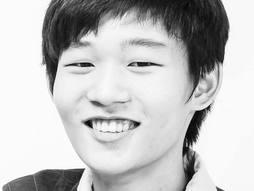 Bow designer
Dong Woo Jang turns an unusual stick of bamboo into an archer’s bow, an exploration of his cultural heritage and a metaphor for his perfect world.

His parents wouldn’t let him play video games, so Dong Woo Jang had to invent other ways to entertain himself in and around his Seoul apartment. First, he studied spider anatomy and hunting skills for three years, creating their habitat in his room. Next, Dong headed outside, where he picked up fallen tree branches and turned them into archery bows.

Later, while researching the age-old craft, he discovered that his optimal design was strikingly similar to that of his ancestors. Though he concedes that, during his process of “fixing, breaking, redesigning, mending, bending, and amending” bows, he accidently set his building on fire. The 15-year-old says that working with wood -- and traveling back and forth in time -- makes him feel free.

“At 14, he already found what fascinates him in life.” — Julie Yi, on TED.com 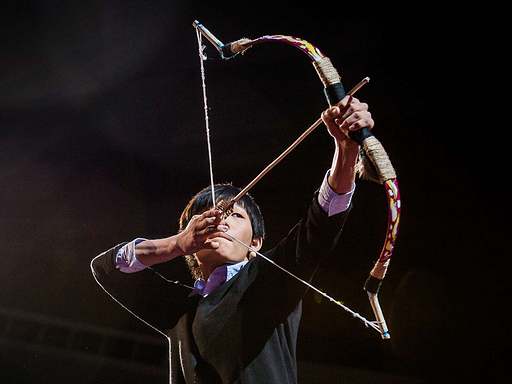 The art of bow-making

In South Korea’s “pressure-cooker” educational environment, 15-year-old Dong Woo Jang began to feel his caveman instincts kicking in: He needed to survive. And like his ancestors, he decided to arm up –- with a bow and arrow. As he shares in today’s talk, proudly holding up one of his handmade bows, he says, “Through bow […]

Quoted at TED2013: Dong Woo Jang on making bows in the concrete forest of Seoul

Yesterday, during the session “Create!,” 15-year-old Dong Woo Jang delighted us with his tale of bow-making. I caught up with him after to discuss. Why did you choose bows? I just stumbled upon it. When I was a boy, I wasn’t allowed to play computer games, so I just went around looking for something to […]

The art of bow-making: Dong Woo Jang at TED2013

The Korean education system is famed for its high levels of scholastic achievement, but as 15-year-old Seoul native Dong Woo Jang professes, not everyone responds to this kind of “pressure cooking” in the same way. His response to the high-pressure environment was an unusual one: to make wooden bows. Why? He’s not sure. Perhaps all […]