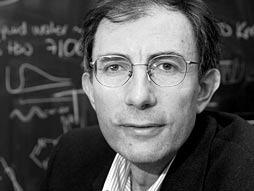 Astronomer
Home: Origins of Life Initiative Note: "Planets large and small" Interesting: MeFi on Sasselov
Dimitar Sasselov works on uniting the physical and life sciences in the hunt for answers to the question of how life began.

Dimitar Sasselov is an astronomer who explores the interaction between light and matter. He studies, among other things, extrasolar planets, and he's a co-investigator on NASA's Kepler mission, which is monitoring 100,000 stars in a three-year hunt for exoplanets -- including Jupiter-sized giants. Sasselov watches for exoplanets by looking for transits, the act of a planet passing across the face of its star, dimming its light and changing its chemical signature. This simple, elegant way of searching has led to a bounty of newly discovered planets.

Sasselov is the director of Harvard's Origins of Life Initiative, a new interdisciplinary institute that joins biologists, chemists and astronomers in searching for the starting points of life on Earth (and possibly elsewhere). What is an astronomer doing looking for the origins of life, a question more often asked by biologists? Sasselov suggests that planetary conditions are the seedbed of life; knowing the composition and conditions of a planet will give us clues, perhaps, as to how life might form there. And as we discover new planets that might host life, having a working definition of life will help us screen for possible new forms of it. Other institute members such as biologist George Church and chemist George Whitesides work on the question from other angles, looking for (and building) alternative biologies that might fit conditions elsewhere in the universe.

“One of the central goals of the Harvard initiative is to understand the different ways that life might form, according to Dimitar Sasselov. ... 'There is no reason to think that biology would be the same from planet to planet, but physics and chemistry should be the same,' Sasselov said” — Gareth Cook, Boston Globe 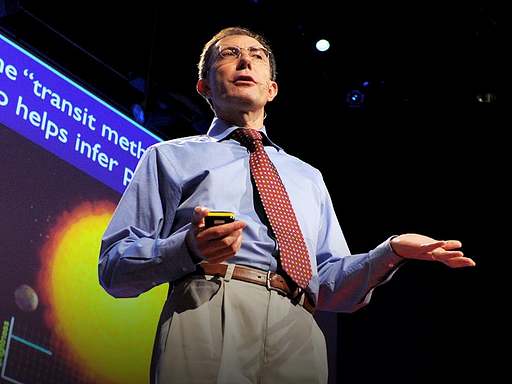 How we found hundreds of potential Earth-like planets

A Hans Rosling quiz, a newly-discovered “Godzilla of Earths,” a new doc from Sebastian Junger, and why octopus arms don’t tangle

Members of the TED community saturated the news in the past two weeks. Below, just a few of these headline-makers: Eight years ago, Hans Rosling shared “The best stats you’ve ever seen” at TED2006, flipping our thinking on global health. BigThink.com is marking the anniversary of that talk. Take their very fun quiz that tests […]

How we found hundreds of Earth-like planets: Dimitar Sasselov on TED.com

Astronomer Dimitar Sasselov and his colleagues search for Earth-like planets that may, someday, help us answer centuries-old questions about the origin and existence of biological life elsewhere (and on Earth). How many such planets have they found already? Several hundred. (Recorded at TEDGlobal 2010, July 2010 in Oxford, UK. Duration: 18:31) http://video.ted.com/assets/player/swf/EmbedPlayer.swf Watch Dimitar Sasselov’s […]