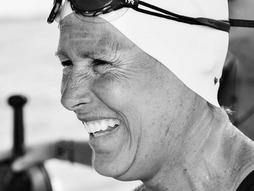 For ten years (1969-1979), Diana Nyad was known as the greatest long-distance swimmer in the world. In 1979, she stroked the then-longest swim in history, making the 102.5-mile journey from the island of Bimini (Bahamas) to Florida. She also broke numerous world records, including what had been a 50-year mark for circling Manhattan Island, setting the new time of 7 hrs 57 min. She is a member of the National Women’s Hall of Fame and the International Swimming Hall of Fame.

At age 60, having not swum a stroke in decades, she began planning for her white whale of distance swims: the 110-mile ocean crossing between Cuba and Florida. She'd tried it once, in her 20s, and severe jellyfish attacks had defeated her then. But now, with a strong team and a new commitment to her vision, she stepped back into the salt. She spoke about this second attempt at TEDMED 2011. And at TEDWomen 2013, in December, she talks about how it feels to have finally done it.

Nyad appears as part of a weekly five-minute radio piece on sports for KCRW called "The Score" (heard during KCRW's broadcast of NPR's All Things Considered), as well as for the Marketplace radio program. 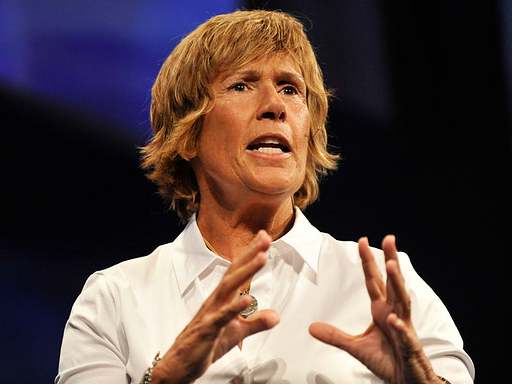 Extreme swimming with the world's most dangerous jellyfish 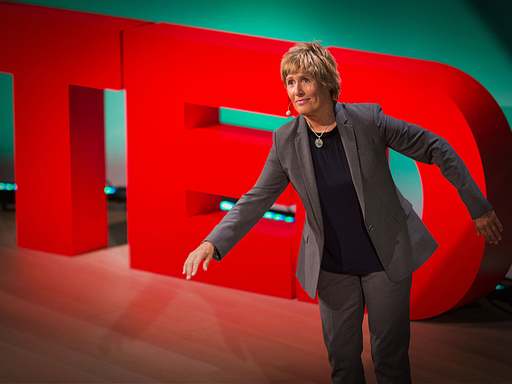 Never, ever give up

At the age of 64, Diana Nyad became the first person to make the 110-mile swim from Havana to Key West without a shark cage. The swim took her 52 hours and 54 minutes to complete, a lifetime goal she had begun dreaming of in the late 1970s. She made her first attempt in 1978 at the age of 28. Then after […]

TED News in Brief: Diana Nyad on “Dancing with the Stars,” Mikko Hyponnen boycotts the RSA security conference, and more

While we’ve been preparing for next week’s TED conference in Vancouver, BC, some TEDsters have been busy Dancing with the Stars, protesting the NSA and musing on the aftermath of speaking at TED. Here are some illustrious activities from around the TED world this week: Nilofer Merchant (watch her TED Talk) admits that she had […]

Diana Nyad swam 110 miles from Cuba to Florida without a shark cage, a journey that took her just under 53 hours last September. In today’s talk, Nyad gives a vivid account of what it was like to be out in the water, making her fifth attempt at this swim — one she first tried […]