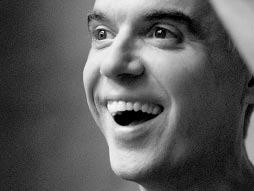 From his groundbreaking recording career, first with Talking Heads and then as a solo artist and collaborator, to his recent use of digital media to connnect his creations to the world, he has been meshing art and technology to create jaw-dropping, soulful masterpieces that tell a story, and often invoke his audience to create some masterpieces of their own. In a recent art installation, Playing the Building, Byrne transformed an empty building into a musical instrument, and then invited visitors to play it.

His book Bicycle Diaries is a journal of what he thought and experienced while cycling through the cities of the world. And his 2012 book How Music Works expands on his 2010 TEDTalk to imagine how music is shaped by its time and place. 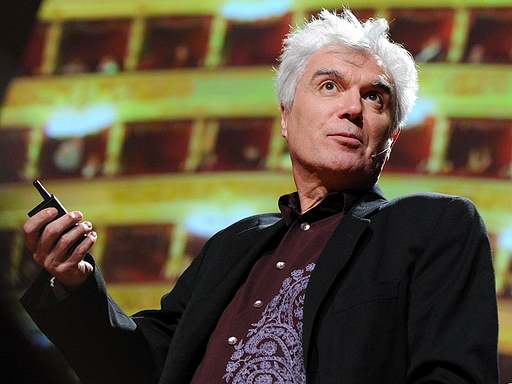 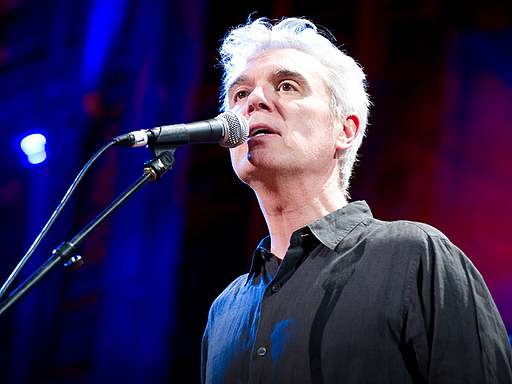 "(Nothing But) Flowers" with string quartet

On our reading list: David Byrne’s book, How Music Works

Many people simply listen to music. Not David Byrne, the solo artist and former frontman of the Talking Heads. Even beyond making music, Byrne thinks deeply about how music functions on a perceptual level. At TED2010, Byrne spoke about how the nature of a space effects what kind of music is played there, from a […]

Q&A with David Byrne: Seizing opportunity and asking "Why not?"

Before David Byrne’s talk was posted to TED.com today, the TED Blog had the opportunity to chat with him about his eclectic life and times. Almost unnervingly humble, he gave all credit for his achievements to good timing and an open mind — and we think there might be a lesson there. He’s also got […]

As his career grew, David Byrne went from playing CBGB to Carnegie Hall — a serious (and tricky) change in venue. He explores how context has pushed musical innovation, from bird calls across savannahs to urban car stereos.(Recorded at TED2010, February 2010 in Long Beach, California. Duration: 16:00) Watch David Byrne’s talk on TED.com, where […]