In the austerity of post-World War II England, jobs were few, and opportunities for women to earn a wage were even fewer. So, on her dining room table, Stephanie Shirley founded the kind of company she'd like to work for -- one that posed challenging, rewarding tasks, built around flexible work rules that made it possible to have a real life. Her software company, Freelance Programmers made her one of the richest women in England (and one of the few to have earned her own money). Initially employing only women -- Shirley often bid for contracts as "Steve" to compete in the male-dominated industry -- the company was eventually valued at $3 billion, while 70 of the staff became millionaires when it floated on the stock market.

But money wasn't Shirley's object. "A lot of people go into business to make money," she told the Guardian. "I really didn't; I went in with a mission for women. Conversely, I was determined never, ever to be poor again." Freelance Programmers became the FI Group became Xansa; it was acquired by Steria in 2007.

Shirley retired in 1993, but she hasn't stopped pushing for progress in the fields she loves. For instance, she works tirelessly to push forward research into autism spectrum disorders, as well as to study and improve the IT industry and the role of the internet in society. She told the Guardian, "I do get committed, and I don't just give my money; I try to give of myself."

“Today, it might even be seen as a social enterprise, since at the start it employed only women -- equal opportunities legislation stopped that -- offered flexible working arrangements, and made the staff significant shareholders in their own business.” — Nick Cater, the Guardian 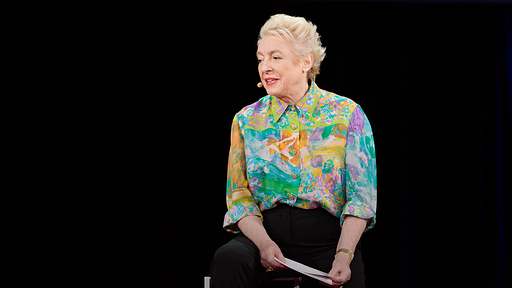 Why do ambitious women have flat heads?

How This Talk Came To Be

Dame Stephanie Shirley had just a few hours to go before giving her talk at TEDWomen 2013. There was just one problem: she could hardly speak. Shirley, a tech entrepreneur who founded a software company in the 1960s, had flown from London to San Francisco to speak at the conference. Her talk told the story […]

Life stories: A recap of the moving talks in Session 5 of TED2015

Life stories. Session 5 of TED2015 was dedicated to the kind of personal tales that would make for a great biopic. From the story of two Texans that calls into question what it means to be “American” to a talk from a tech pioneer who founded a software company for women in the 1960s, enjoy our recaps of these […]

Dame Stephanie Shirley founded a women-only computing company in 1962, determined to do her work on her terms, and to hell with the glass ceiling. In this video, introduced by US CTO Megan Smith, admire the feisty spirit who upended tech world sexism by refusing to accept it.