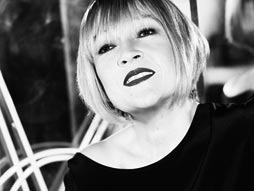 Advertising maven
Home: cindygallop.com Home: MakeLoveNotPorn.com Home: IfWeRanTheWorld
Cindy Gallop has turned her illustrious advertising career into a lifelong pursuit of changing the world, her way — one daring project after another.

Cindy Gallop took a risk when she entered advertising, and hasn't stopped taking them since. She began her early career in the UK as a theater publicist, until an audience member declared that she could "sell ice to an Eskimo," and advised her to make the jump to advertising. Four years later, she joined one of the fastest growing agencies in Europe, Bartle Bogle Hegarty. In 1998, she moved to New York, alone, and began building their US branch. Four years after that move, BBH US was named Adweek’s Eastern Agency of the Year.

After all her success in the agency world, Gallop resigned as chairman of BBH in 2005 to do something different. Today, she continues to work in branding and advertising as a consultant, but is also tending some fascinating projects of her own. She launched MakeLoveNotPorn at TED2009, in an attempt to squash the myths of hardcore pornography and to begin a dialog around how real people have sex.  In January 2010, Gallop will officially launch IfWeRanTheWorld, a simple, web platform designed to bring together human good intentions and corporate good intentions, and turn them into collective action.

“This is someone who is wise and generous as much as she is gracious and feisty … With Cindy, there is never a dull moment.” — Scott Goodson, Founder of StrawberryFrog

Books can entertain, sucking you like a tornado into incredible new worlds. Books can teach, giving you a richer understanding of time periods, people and ideas you’ve never been exposed to. But books can do so much more. In today’s talk, TED’s own Lisa Bu introduces us to the concept of “comparative reading,” the practice […]