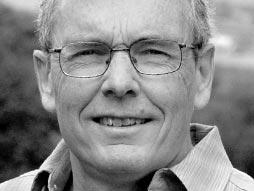 Marine biologist
Charles Anderson studies marine life in the Maldives, a nation of coral atolls in the Indian ocean.

Since 1983, Charles Anderson has lived and worked in the Maldives, a group of more than 1,000 coral islands that is the world's lowest-lying country. Marine life here is rich and fascinating, and Anderson has been instrumental in identifying it and promoting its preservation. This year, the Maldives became the first nation to ban shark fishing, after recognizing that the decline in live sharks was impacting the lucrative tourist trade.

Anderson has discovered several new species of fish, and was awarded the President of Maldives Award for Service to Fisheries in 1995, the only non-Maldivian ever to receive this honor. He and his wife, Susan, run several whale-watching trips each year where tourists take part in a national survey of cetaceans (whales and dolphins). recently, Anderson has identified the world's longest insect migration: the 18,000 km flight of tiny Pantala flavescens dragonflies back and forth across the Indian Ocean. He has found that the migration begins in India and proceeds via the Maldives (a mystifying stopover, because freshwater is scarce on these low-lying atolls) and the Seychelles -- and then all the way to East Africa.

“It may seem remarkable that such a massive [dragonfly] migration has gone unnoticed until now. But this just illustrates how little we still know about the natural world.” — Charles Anderson, BBC News 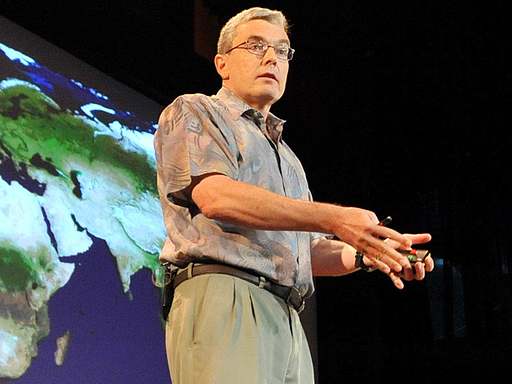 Dragonflies that fly across oceans

While living and working as a marine biologist in Maldives, Charles Anderson noticed sudden explosions of dragonflies at certain times of year. He explains how he carefully tracked the path of a plain, little dragonfly called the globe skimmer, only to discover that it had the longest migratory journey of any insect in the world. […]

On Saturday, October 17, president Mohamed Nasheed of the Maldives will conduct his national cabinet meeting … 20 feet beneath the surface of the Indian Ocean. The president and his ministers will carry out the full monty under the sea with wetsuits, compressed-air tanks and even waterproof pens and paperwork to persuade world leaders of […]