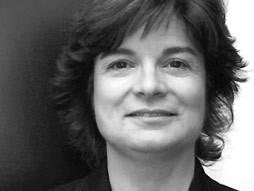 Planetary scientist
Cassini Imaging Central Laboratory for Operation Cassini-Huygens images carolynporco.com
As the leader of the Imaging Team on the Cassini mission to Saturn, Carolyn Porco interprets and shares the pictures coming back from this fascinating planet, its rings and its moons.

Planetary scientist Carolyn Porco studies and interprets the photos from NASA space missions like the renowned Voyager mission to the outer solar system in the 1980s and the Cassini-Huygens mission to Saturn. She leads a team of scientists from the US and Europe that has been analyzing the images Cassini has sent back since it left Earth in 1997. At Saturn, they have found new phenomena everywhere they've turned their cameras … in the planet’s atmosphere, within its rings and on the surfaces of its many moons. And they've produced spectacular images and animations of these marvels in the process.

Back in the early-1980s, while still working on her doctorate, Porco was drafted onto the Voyager imaging team to assist in crunching the mountains of data coming back from Voyager’s fly-by of Saturn. Her work on the planet's rings and their relation to its moons cemented her connection with Saturn. After Voyager had flown by Neptune and was nearing conclusion, she worked together with Carl Sagan in planning Voyager’s celebrated Pale Blue Dot picture of Earth.

Her ongoing work at the Cassini Imaging Central Laboratory for Operations (CICLOPs) has two goals: to process, interpret and archive Cassini’s images for other scientists, and to make sure the images -- in all their breathtaking poetry and mystery and sheer Save-Image-As-Desktop awesomeness -- connect with the general public. She is an advocate for the exploration and understanding of planetary space, and her frequent talks (as well as her "Captain's Log" memos on the CICLOPS website) speak to everyone, scientist and nonscientist alike. Her advocacy extends to Hollywood, where she was the character consultant on the 1997 movie “Contact,” and a consultant on the 2009 Paramount Pictures re-boot of “Star Trek.” In 2012, she was named one the 25 most influential people in space by TIME magazine.

Finally, in a twist on the Pale Blue Dot theme, it was she who conceived the idea to invite the people of the world to smile while Cassini imaged the Earth on July 19, 2013 in an event called “The Day the Earth Smiled.”

The Atlantic: The Carl Sagan of Our Time Reprises the 'Pale Blue Dot' Photo of Earth

The Day the Earth Smiled: Image

Library of Congress: Portraits of the Solar System: Talking with Carolyn Porco About Carl Sagan 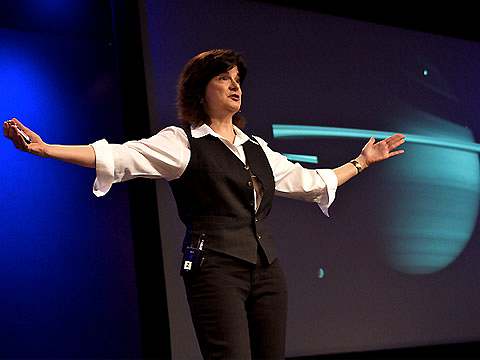 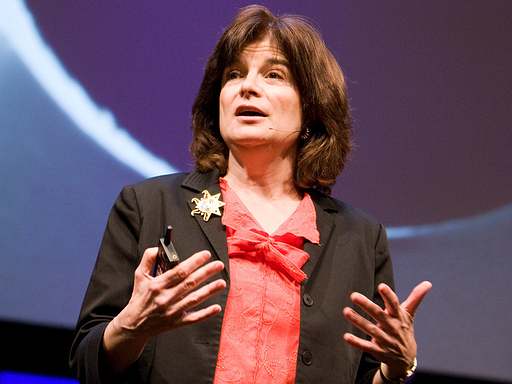 Could a Saturn moon harbor life?

As usual, the TED community has lots of news to share this week. Below, some highlights. Farewell to Cassini — and here’s to the continuing search for life beyond Earth. In mid-August, PBS released a digital short featuring Carolyn Porco, a planetary scientist and the leader of the imaging team for the Cassini mission to […]

Smile for the camera: A photograph of Earth is being taken from a billion miles away today

Today may go down in history as The Day the Earth Smiled. Or, at least, that is what TED speaker Carolyn Porco (watch her talk) is hoping. Today from 9:27 to 9:42 pm GMT, the Cassini spaceship — an unmanned ship studying Saturn — will be taking a photograph of Saturn and its ring system. And […]

In her 2007 TED Talk, “This is Saturn,” planetary scientist Carolyn Porco blew some minds with images taken by Cassini, the robot spaceship launched in October 1997 to study and photograph Saturn and its accompanying moons. Gleaning “oohs” and “aahs” from the assembled TED audience, she concluded with a stunning shot of a backlit picture […]