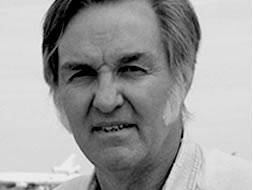 Burt Rutan is widely regarded as one of the world's most important industrial designers, and his prolific contributions to air- and spacecraft design have driven the industry forward for decades. His two companies, Rutan Aircraft Factory and Scaled Composites, have developed and flight-tested more new types of aircraft than the rest of the US industry combined. He has himself designed hundreds of aircraft, including the famous Voyager, which his brother piloted on a record-breaking nine-day nonstop flight around the world.

Rutan might also be the person to make low-cost space tourism a reality: He's one of the major players promoting entrepreneurial approaches to space exploration, and his collaboration with Virgin Galactic is the most promising of these efforts. SpaceShipTwo, a collaboration between Richard Branson and Rutan completed its first "captive carry" in March of 2010, marking the beginning of the era of commercial space exploration.

Ever the maverick, Rutan is known for both his bold proclamations and his criticism of the aerospace industry. Witness the opening line of his presentation at TED2006: "Houston, we have a problem. We're entering a second generation of no progress in terms of human flight in space."

“He is considered by some experts to be a national treasure, one of the few creative pioneers who has made a real difference to aerospace advancement.” — BBC News

The real future of space exploration

Astrobiology Magazine posts an intriguing report today: The American Psychological Association is looking seriously at the question of astronauts’ mental health. It’s an issue that has sometimes been swept under the rug, says the APA’s press release: Historically, astronauts have been reluctant to admit to mental or behavioral health problems for fear of being grounded. […]

Making private space travel possible and accessible to everyone has been a recurring topic at recent TED conferences, discussed by speakers such as Burt Rutan at TED 2006 (watch his speech), Peter Diamandis at TEDGLOBAL 2005, Richard Branson at TED 2007 and others. This week the first images of the central terminal and hangar facility […]

A hard week for space exploration

This has been a hard week for lovers and dreamers of space travel — a frequent topic at TED. An explosion at Burt Rutan’s Scaled Composites spaceport caused three victims. It was followed by a report on issues of personal safety at NASA, part of the unfolding story there. Space exploration is an inherent high-risk […]