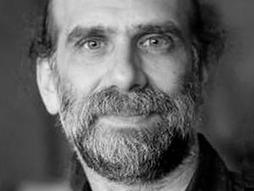 Security expert
Home: schneier.com Debate: Is airline security "theater"?
Bruce Schneier thinks hard about security — as a computer security guru, and as a philosopher of the larger notion of making a safer world.

Bruce Schneier is an internationally renowned security technologist and author. Described by the Economist as a "security guru," he is best known as a refreshingly candid and lucid security critic and commentator. When people want to know how security really works, they turn to Schneier.

His first bestseller, Applied Cryptography, explained how the arcane science of secret codes actually works, and was described by Wired as "the book the National Security Agency wanted never to be published." His book on computer and network security, Secrets and Lies, was called by Fortune "[a] jewel box of little surprises you can actually use." Beyond Fear tackles the problems of security from the small to the large: personal safety, crime, corporate security, national security. His current book, Schneier on Security, offers insight into everything from the risk of identity theft (vastly overrated) to the long-range security threat of unchecked presidential power and the surprisingly simple way to tamper-proof elections.

Schneier publishes a free monthly newsletter, Crypto-Gram, with over 150,000 readers. In its ten years of regular publication, Crypto-Gram has become one of the most widely read forums for free-wheeling discussions, pointed critiques and serious debate about security. As head curmudgeon at the table, Schneier explains, debunks and draws lessons from security stories that make the news. 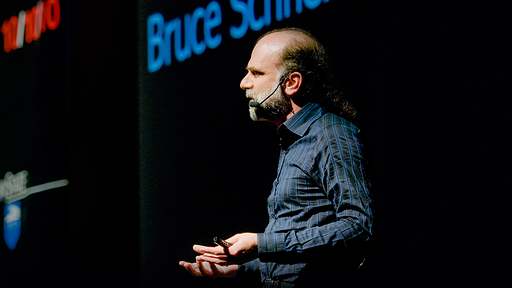 Why an insecure internet is actually in tech companies’ best interests

Google, Facebook, Amazon and others make their profits in two main ways: by collecting as much data as possible from us and by controlling what we pay for, says online security expert Bruce Schneier. And what does this all depend on? A vulnerable internet.

Your weekend reading: Our mysterious Internet

A look at what’s been going on in this mysterious web of ours the past few weeks: What…the…is this crazy-looking cocoon? Help the Internet figure it out! [New Scientist] Bruce Schneier‘s call to engineers and technologists to stand up and take back the Internet from the inside. [The Guardian] What can go wrong when secondary […]

Security experts Bruce Schneier and Mikko Hypponen on the NSA, PRISM and why we should be worried

As Edward Snowden is linked to one country after the next, the media has its eye fixed on where he will next request asylum. (Today, it’s Russia.) Meanwhile, back at US headquarters, as NSA officials speak in a House Judiciary Committee hearing, the agency is still doing what it’s doing. To get more information on exactly what […]