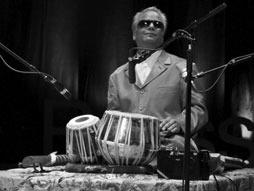 Charles Hazlewood is a conductor founded the British Parorchestra to give musicians of disability a platform to collaborate and perform.

Clarence Adoo, for example, who used to play trumpet with Courtney Pine, suffered a devastating car accident in 1995 and is now paralysed from the shoulders down. He plays music on a laptop, using a specially designed blow tube as a computer mouse. Adoo says he'd rather be able to play an instrument again than walk.

Lyn Levett has severe cerebral palsy and can only communicate by pressing an iPad with her nose, yet makes the "most dizzyingly brilliant electronic music", says Hazlewood. Levett herself, through her iPad, tells us that when she's creating music, it feels as though she's in a cockpit, flying a plane. Sitar player and composer Baluji Shrivastav has been blind since the age of eight months, and Lloyd Coleman is both deaf and sight-impaired. All four make their living solely from music.

“I don't want this orchestra to be about how well people do in taking part; I want it to be about the highest level of music-making. The driving factor is to make world-class music.” — Charles Hazlewood 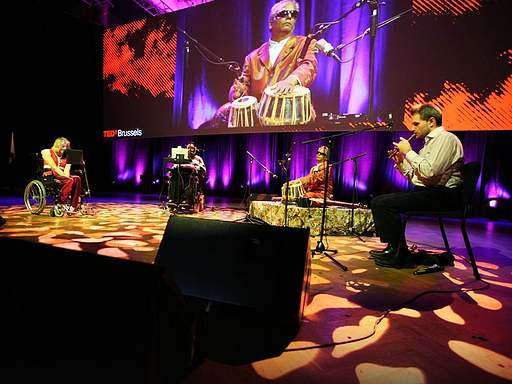 The debut of the British Paraorchestra