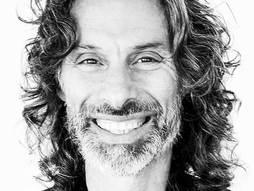 Bob Mankoff has been the cartoon editor of The New Yorker since 1997. But his association with the magazine started many years before that, when he began submitting his own cartoons to the title in 1974. 2,000 rejections later, his first "idea drawing" was finally accepted and published, and in 1980, he accepted a contract to contribute cartoons on a regular basis. Since then, more than 800 of his cartoons have been published in the magazine.

These days, Mankoff is mainly responsible for helping to select from the 1000 cartoons the magazine receives each week, in order to select the "16 or 17" he says will actually make it into print.

Mankoff is also the author or editor of a number of books on cartoons and creativity, including The Naked Cartoonist: A New Way to Enhance Your Creativity, and The Complete Cartoons of The New Yorker, published in 2004 and which featured every cartoon published to that point since the magazine's debut in 1925.

“Mankoff argues that magazine cartoonists are the most creative people in the world: "If a scientist comes up with one new idea a year, he's a genius. If a cartoonist comes up with only one new idea a day, he's looking for other work." Mankoff offers such minutely and intensely considered examinations of the mechanics of cartooning that for all we know he may be right.” — Publishers Weekly 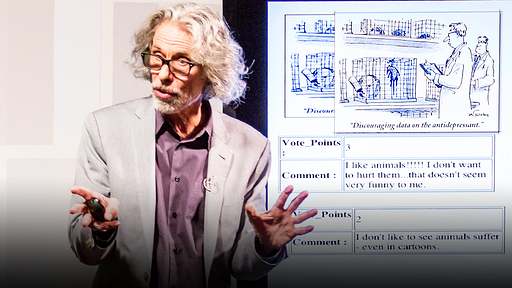 Anatomy of a New Yorker cartoon

See Bob Mankoff's 11 favorite cartoons from his 17-year tenure at The New Yorker.

Bob Mankoff lives and breathes cartoons. He’s drawn many himself — he’s had a contract with The New Yorker for more than 30 years and, in 1997, he became the magazine’s cartoon editor. It’s now his job to sift through the 1,000 or so “idea drawings” (as they’re called within The New Yorker‘s walls) that […]