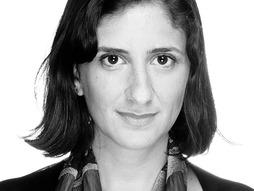 Artist and historian
Khatt Foundation "A Thousand Times NO"
TED Fellow Bahia Shehab sends an important message through her street art in Cairo: “You can crush the flowers, but you can’t delay spring."

Bahia Shehab is an artist, designer and art historian. She is associate professor of design and founder of the graphic design program at The American University in Cairo, where she has developed a full design curriculum mainly focused on visual culture of the Arab world. She has taught over fourteen courses on the topic.

Shehab's artwork has been on display in exhibitions, galleries and streets in Canada, China, Denmark, France, Germany, Greece, Italy, Japan, Lebanon, Morocco, Turkey, UAE and the US. The documentary Nefertiti's Daughters featuring her street artwork during the Egyptian uprising was released in 2015. Her work has received a number of international recognitions and awards; TED fellowship (2012) and TED Senior fellowship (2016), BBC 100 Women list (2013, 2014), The American University in Beirut distinguished alumna (2015), Shortlist for V&A’s Jameel Prize 4 (2016), and a Prince Claus Award (2016). Her book A Thousand Times NO: The Visual History of Lam-Alif was published in 2010.

A thousand times no

The planet is in peril, and the time to act is now. Meet 8 TED Fellows who are spreading the message through their art.