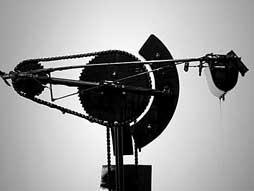 A modern-day creator of "twittering machines," Arthur Ganson uses simple, plain materials to build witty mechanical art. But the wit is not simply about Rube Goldberg-ian chain-reaction gags (though you'll find a few of those). His work examines the quiet drama of physical motion, whether driven by a motor or by the actions of the viewer. Notions of balance, of rising and falling, of action and reaction and consequence, play themselves out in wire and steel and plastic.

Ganson has been an artist-in-residence at MIT (where the Lemelson-MIT Award Program named him an Inventor of the Week, and where his show "Gestural Engineering" is ongoing) and has shown his work at art and science museums around the world -- including the legendary "Machine with Concrete," which will put on quite a show ... in 2 trillion years.

“Ganson's work isn't ruled by a clockwork philosophy; it is open to whatever truths about life and motion his wires, motors, oil, and chains will lend themselves to. His pieces are not, like de Vaucanson's duck, scrupulous mechanical copies of living things, but are instead suggestive -- or, as Ganson puts it, "gestural," frequently grounded in biological and bodily processes but never limited to them.” — Harvey Blume, the Atlantic 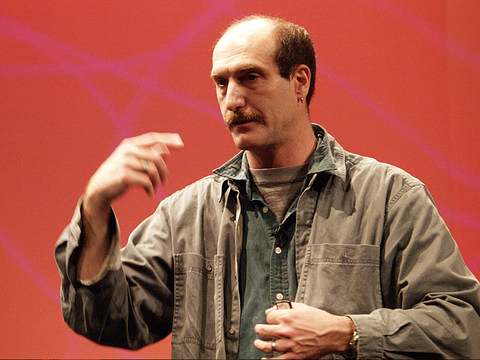