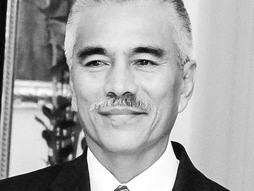 President of the Republic of Kiribati
president.gov.ki
Anote Tong has built worldwide awareness of the potentially devastating impacts of climate change.

His Excellency Anote Tong is the fourth President of the Republic of Kiribati. He was first elected as President on 10 July 2003 and subsequently won two more elections in 2007 and in 2012. He is now serving his last term, which will end in mid-2015. Under his leadership, President Anote Tong also holds the portfolio of Head of State and Minister of Foreign Affairs and Immigration.

Anote Tong was born in 1952 on Fanning Island (also known as Tabuaeran) in the Line Islands and is a member of the Kiribati House of Parliament from the constituency of Maiana Island in the central Kiribati group.

Educated in New Zealand and in England at the University of Canterbury and the London School of Economics respectively, President Tong holds a Bachelor of Science and a Master of Economics under his belt.

Since the beginning of his presidency, President Anote Tong has become a strong climate change advocate and has built worldwide awareness of the potentially devastating impacts of climate change.

He has stated on many occasions that Kiribati may cease to exist altogether and that its entire population may need to be resettled not as climate change refugees but as citizens who migrate on merit and with dignity.

With one of the lowest carbon-emission footprints in the world, Tong has often described Kiribati as a “frontline country” that has been among the first to experience dramatic climate change impacts.

As an extraordinary measure to set an example for the rest of the world, President Tong created the Phoenix Islands Protected Area, one of the largest marine protected areas in the world with a size of 408,250 square kilometers which was inscribed as a United Nations World Heritage site in 2008.

President Tong has won a number of awards and recognition that acknowledges his contribution and leadership on climate change and ocean conservation. 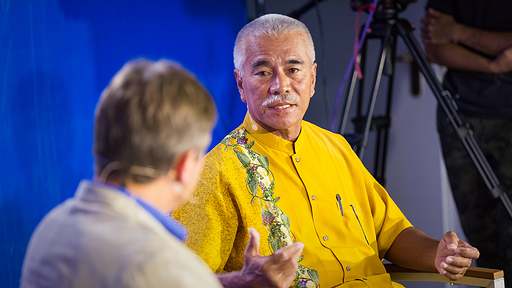 My country will be underwater soon — unless we work together

Behold, your recap of TED-related news: Print your own pharmaceutical factory. As part of an ongoing quest to make pharmaceuticals easier to manufacture, chemist Lee Cronin and his team at the University of Glasgow have designed a way to 3D-print a portable “factory” for the complicated and multi-step chemical reactions needed to create useful drugs. […]