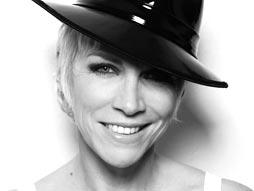 Activist, singer-songwriter
Home: AnnieLennox.com Sing: annielennoxsing.com/ Twitter: @AnnieLennox
The most successful female British pop musician in history, Annie Lennox has now committed herself to raising awareness of, and supporting actions against, the HIV/AIDS crisis in Africa.

After decades of global fame as part of Eurythmics and as a solo artist, Annie Lennox was moved by Nelson Mandela's call to stop the HIV/AIDS pandemic in South Africa, where it disproportionately affects women and children. She founded the SING campaign in 2007 to raise both awareness and money. "This is an illness that has a lot of stigma," Lennox says on her video blog. "What we need to do is normalize HIV."

Drawing on her talents, she combines music and film to put a human face on the crisis and emotionally connect people to the cause. South Africa has a tradition of activist songs and singing; inspired by this, in spring 2007 Lennox invited 23 female artists to record the benefit single "Sing." The record incorporates the South African activist song "Jikelele," which means "global treatment." So far, sales of "Sing" have raised 100,000 pounds, while other appearances since then have multiplied that sum. SING's money goes to support efforts such as the Treatment Action Campaign (TAC), which works to fight mother-to-child transmission of HIV. Lennox is active in many other causes, both personal and political; in 2008 she was awarded the Services to Humanity Award by the British Red Cross.

“Annie Lennox - YOU are one Fantastic Lady!! I loved you for years, I love you more now. I lost a few friends due to HIV and I miss them terribly. I saw you on the tube last night with the shirt on and thought how brave you are, how much a change it will make. You have always displayed courage in your songs, in your life, in everything you do. Thank You!” — Kaptainess, YouTube commenter 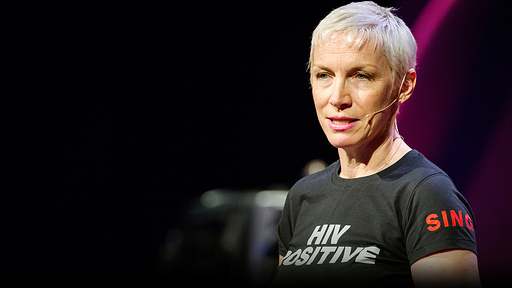 Why I am an HIV/AIDS activist

Why I am an HIV/AIDS activist: Annie Lennox on TED.com

For the last eight years, pop singer Annie Lennox has devoted the majority of her time to her SING campaign, raising awareness and money to combat HIV/AIDS. She shares the experiences that have inspired her, from working with Nelson Mandela to meeting a little African girl in a desperate situation. (Recorded at TEDGlobal, July 2010 […]