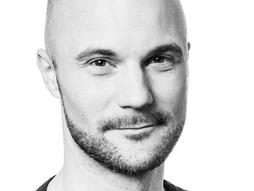 If you're looking for someone who embodies "multidisciplinary," look no further than TED Senior Fellow Angelo Vermeulen, a space systems researcher, biologist, artist and community organizer. The one common thread in all his work: the desire to understand the relationship between nature and technology, to learn from what's happened in the past in order to build a promising future for us all.

Having received his PhD in Biology from the University of Leuven in Belgium, Angelo nonetheless eschewed a life in the lab to apply a creative lens to everything he does. To date, that includes working on independent projects around the world, including Biomodd, a worldwide series of interactive art installations in which technology and nature coexist. Throughout 2011, he was a member of the European Space Agency Topical Team Arts & Science (ETTAS), while in 2013 he was crew commander of the NASA-funded HI-SEAS Mars mission simulation in Hawaii. For this project, he and a crew of six astronauts lived for four months in a dome, all in the name of studying the effects of longterm isolation among a small crew.

In 2009 he launched SEAD (Space Ecologies Art and Design), a platform for research on the architectures and ethics of space colonization. In 2014, he launched Seeker, a project calling for the public to co-create starship sculptures that evolve over time; this subject is also the focus of a new PhD at Delft University of Technology, for which he's developing "paradigm-shifting concepts for evolvable starships."

In 2012 he was a Michael Kalil Endowment for Smart Design Fellow at Parsons in New York. He holds positions at LUCA School of Visual Arts in Ghent, Belgium, and Die Angewandte in Vienna, Austria.

“Reading Zen and the Art of Motorcycle Maintenance taught him "that for a good relationship with technology, you need more than just the rational mind," Vermeulen says. After all rational attempts to fix a broken bike engine have failed, he notes, recalling a passage from the book, there often comes a moment when you let "go of this desire to solve it in a very rational way and just stare at the engine. ... And then, suddenly, a little idea will pop up ... and before you know it, you're into it, and you get the problem solved." "The book showed me you don't have to choose between the rational and the intuitive," he says. "It's so important, all the training you have, all the ideas you have, to keep them together somehow and to accept everything. ... That's what got my creativity kick-started again."” — Elisabeth Pain, Science 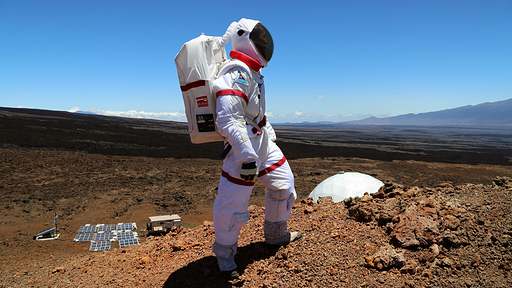 4 big questions about the race to Mars

Should we be putting humans on Mars? A panel of space experts brings up the big questions we need to ask before we blast off.

Mapping where we meet: TED University at TEDGlobal 2014

TED University is the raucous session before “real TED” starts when attendees get up and give their own short talks. (Some of our very favorite TED Talks came from this session, like talks on Lego, sex, and 5 dangerous things you should let your kids do.) This morning at a cheerful 9am, we met the […]