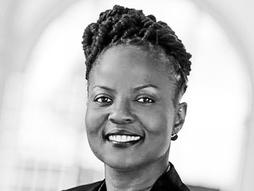 Activist
Girls for a Change @girlsforachange @GirlActivator
Angela Patton is an ambassador for who she calls "at-promise" (as opposed to "at-risk") girls and a serial innovator.

As the leader and CEO of Girls For A Change (GFAC), Angela Patton is committed to "preparing black girls for the world ... and the world for black Girls. Patton founded Camp Diva in Richmond, Virginia in 2004, to honor Diva Mstadi Smith-Roan, a five-year-old who died in a firearm accident earlier that year. That summer, Patton planned a two-week experience that gave Diva's mother an opportunity to share her motherly love with girls in need of a support system. The program grew and went national in October 2013, when Camp Diva merged with California-based Girls For A Change, a nonprofit through which 100 girls' groups throughout nation work together to envision and execute lasting change in their neighborhoods, cities or schools. In the summer of 2016, Patton lead her board and staff to retool the organization's focus and build a program structure to more accurately reflect GFAC's goal to work with black girls and to disseminate our programs using a specific, replicable approach.

Following the release of Patton's TED Talk describing a father-daughter dance for incarcerated dads and their "at-promise" girls, her work was featured on ABC World News, Inside Edition, NPR and This is Life Lisa Ling. She has spoken for corporations, at conferences on girls as well as colleges and universities throughout the country. When she isn't inspiring change, advocating gender equality and empowering girls, she enjoys festivals and concerts with her husband and motivator, Raymond Patton, and their loving children, Imhotep and Asani. 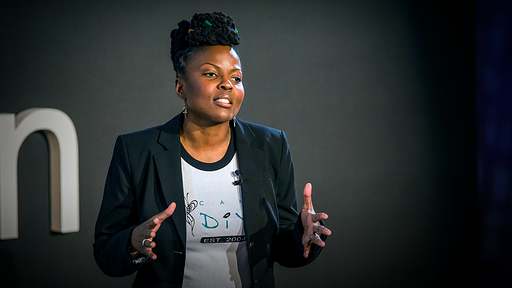 A father-daughter dance ... in prison

In the past week, we’ve noticed some fascinating TED-related news. Here, some highlights. The Metropolitan Museum of Art has discontinued its iconic candy-hued metal admission tags. Museum director Thomas P. Campbell (watch his TED Talk) explains why to The New York Times — because of the rising cost of tin-plating. Angela Patton (watch her TED Talk) had a […]

It’s not the norm to see pink balloons, brightly colored dresses and sequined shoes in the halls of the Richmond City Jail. But on March 16, a dozen girls ranging in age from 6 to 16 entered the facility to bring cheer to their incarcerated fathers. The occasion: the second father-daughter dance at the jail, […]

[ted id=1646]For a teenage girl, few things are more awkward than developing a good relationship with her father. This is something that Angela Patton knows well after years of listening to the girls at Camp Diva, her nonprofit dedicated to empowering African-American girls, talk about their dads. Patton wanted to help her campers find a […]