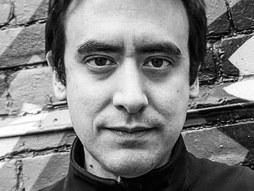 Scientist, professor, entrepreneur and TED Fellow Andrew Pelling has built a career on unapologetic curiosity, creativity and serendipity. He is a professor and Canada Research Chair at the University of Ottawa where he founded and directs a curiosity-driven research lab that brings together artists, scientists, social scientists and engineers. The lab uses low-cost, open source materials and methods to explore speculative living technologies of the future. He has created human body parts from plants and grown living skins on LEGOs -- innovations with the potential to replace prohibitively expensive commercial biomaterials.

Pelling is cofounder and CSO of Spiderwort, a company developing innovative plant-derived biomaterials and medical devices for reconstructive surgery and regenerative medicine. He also founded pHacktory, a street-level research lab in Ottawa that amplifies community ideas through a potent mixture of craft, serendipity and curiosity.

Pelling's work has been in the international media spotlight for many years and recognized in outlets such as Wired, Huffington Post, NPR, Scientific American, Popular Science, BBC, Der Spiegel, Deutsche Welle and others, as well as numerous highlights in the Canadian media and Scientific media. He was named a TED Fellow in 2016. 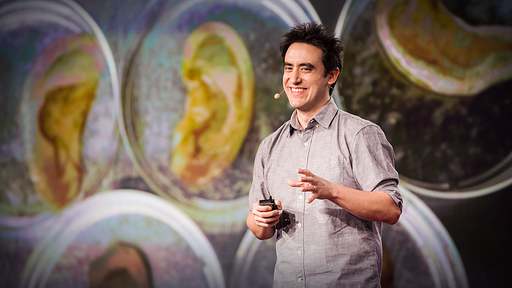 This scientist makes ears out of apples

For Session 4 of TED2020, experts in biohacking, synthetic biology, psychology and beyond explored topics ranging from discovering the relationship between the spinal cord and asparagus to using tools of science to answer critical questions about racial bias. Below, a recap of the night’s talks and performances. Andrew Pelling, biomedical researcher Big idea: Could we […]

This year, TED is using Facebook and Instagram to give our online audience behind-the-scenes access to the ideas we’re discussing at TED2018: The Age of Amazement. New for 2018, our online community will be able to join the conference via the Facebook Watch show TED: Backstage Pass. Throughout the week, we’ll offer exclusive interviews, live TED Talks, behind-the-scenes photos, and more. This […]

A promising way to grow body parts … using an apple

Biohacker Andrew Pelling has figured out a way to create living, functional biological objects that don’t exist in nature -- without deliberately modifying DNA in any way. In one experiment, he uses apples and human cells to make ears. But what? And how? And why? Read on.