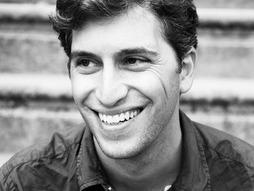 Network author
Website: andrewblum.net Twitter: @AjBlum Book: Tubes: A Journey to the Center ...
For his new book, "Tubes," Andrew Blum visited the places where the internet exists in physical form: the cables and switches and servers that virtually connect us.

In his book Tubes: A Journey to the Center of the Internet, Andrew Blum wanted to capture the "spirit of place" of the Internet. Because as far-reaching and virtual as our connection to the Net is, the signals travel on good old-fashioned cabling, glass fibers jacketed in polymer, running through conduit under streets. The immaterial Internet runs on a very material, industry-like infrastructure. So that when Alaska senator Ted Stevens called the Internet "a series of tubes" ... well, he was kind of right, and he did inspire the title of this utterly fascinating book, which explores the switches, data centers, sea crossings and many, many tubes that make up our online reality.

Blum is a writer for Newsweek, and has written for Wired, Popular Science, Metropolis and more.

Read excerpts on submarine cables and Internet exchange points (like 60 Hudson in NYC).

“Like some heroic cartographer from a Borges story, Andrew Blum plunges into the unseen ether of the Internet. You will never open an e-mail in quite the same way again.” — Tom Vanderbilt 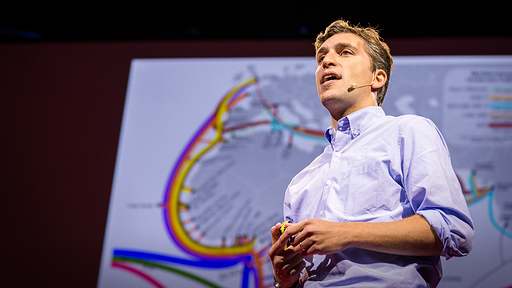 Discover the physical side of the internet

How does the Internet work? See how a continent gets plugged in

This image of a mysterious person emerging from the ocean looks like a shot from a James Bond movie. But as journalist Andrew Blum explains in today’s fascinating talk from TEDGlobal 2012, the photo actually reveals how the World Wide Web can stretch across continents—through a series of cables running for thousands of miles under […]

The cables that connect us all: Andrew Blum at TEDGlobal 2012

Architecture writer Andrew Blum has always focused on the physical landscape: our cities, our buildings, the places in which we live and work. Yet along with the rest of us, he says, he’s realized that over the past few years our relationship with the physical world has changed. We look at screens, a world with […]