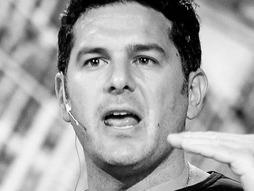 It's a modern-day truism that, in regions where the phone company never bothered to lay network cable, locals quickly adopted mobile phones -- and then innovated mobile services that go far beyond what so-called developed countries have. Could the same pattern hold true with roads?

Andreas Raptopoulos is hoping to find out with Matternet, a project that uses swarms of unmanned aerial vehicles to deliver urgent items -- think emergency and medical supplies -- to places where there are no driveable roads. Imagine a sort of flying bucket brigade or relay race, where autonomous quadricopters pass packages around a flexible network that behaves something like the internet -- but for real goods.

Raptopoulos is a designer, inventor and entrepreneur. Prior to Matternet, he founded FutureAcoustic, a music platform that adjusts to the listener's environment.

“Andreas Raptopoulos is willing to admit his idea is kind of out there.” — All Things Considered, NPR 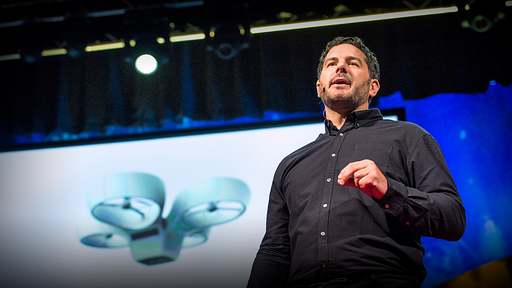 No roads? There's a drone for that

In 1998, aircraft designer Paul MacCready gave a live demo of his two-ounce unmanned surveillance drone on the TED stage in Monterey. “You see what it sees. Imagine you’re a fly,” he told the assembled audience, who watched the drone’s footage projected onto the screen in front of them. (The moment is captured in the […]

Watch how drones have been presented on the TED stage in various ways over 15 years.