What's a powerful way to help people use less power at home? Pit them against their neighbors. As founder and president of Opower, Alex Laskey helps utlity companies show customers, right on their utility bills, where their own house sits on the spectrum of neighborhood energy wasters -- and how to beat the game. It seems silly, but the large-scale reductions in energy usage are no joke.

Opower works with more than 80 utilities on three continents, and serves over 15 million customers. Since its launch in 2008, it has cumulatively saved utility customers more than $200 million and 2 terawatt hours (TWh) of energy -- enough to power a city of more than a quarter million people. It's all through a powerful combination of behavioral science, data analytics and good marketing.

In the next twelve months, Opower is on track to save another 1 TWh, equivalent to more than one half the generation of the entire US solar power plant industry in 2011. In May 2016, Opower was bought by Oracle.

“Part of an ambitious strategy to turn utilities into a consumer-centric industry that provides people with services, not merely a monthly bill.” — Steven Overly, Wall Street Journal 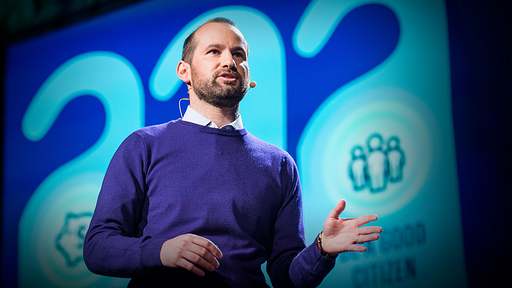 How behavioral science can lower your energy bill

Books to help you answer big questions about yourself

Why in the world did I do that? How can I do better? Chances are you've asked yourself these questions at least once today. To understand how your mind works and how you can improve your decision-making, explore these six psychology and behavioral economics books, each one recommended by a renowned thinker.

“For the past five years we’ve been running the largest behavioral science experiment in the world,” says Alex Laskey in today’s TED Talk, given at this year’s 2013 conference in Long Beach. “And, it’s working.” Laskey’s company Opower partners with utility companies to deliver personalized home energy reports, all based off the insight that people are […]

The psychology of saving energy: Alex Laskey at TED2013

Have you checked your email today? Your finances? What about your energy use? Alex Laskey thinks that with just a shift in attitude toward our energy use, we can all save a lot. Laskey introduces an experiment he ran with his team at Opower. People received one of three different messages on their doors about […]