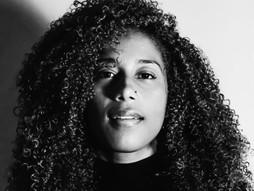 Aja Monet started actively reading and reciting poetry in the New York City youth poetry/slam community in high school with an organization called Urban Word NYC. Her poems are lyrical, wise and courageous. She received her BA in liberal arts from Sarah Lawrence College in 2009 and her MFA in creative writing from the School of the Art Institute of Chicago in 2011. While at Sarah Lawrence College, Monet was awarded the legendary Nuyorican Poet's Café Grand Slam title in 2007. She has been internationally recognized for combining her spellbound voice and vivid poetic imagery on stage. While in college, she used music and poetry to help organize urgent responses to natural disasters in New Orleans and later on in Haiti as well as local community issues. In 2015, she was invited by the Dream Defenders to be a part of a movement delegation to Palestine, and she has continued to work in collaboration with cultural workers and organizers to demonstrate radical solidarity.

In 2018, Monet’s first full collection of poetry, my mother was a freedom fighter, was nominated for an NAACP Image Award for Outstanding Literary Work. She read the title poem of her collection at the national Women’s March on Washington DC in 2017 to commemorate women of the Diaspora. In 2012, she collaborated with poet/musician Saul Williams on the book Chorus, an anthem of a new generation of poets.

Monet currently lives in Little Haiti, Miami, where she is cofounder of Smoke Signals Studio, a collective dedicated to music, art, culture and organizing. In collaboration with Community Justice Project and inspired by poet June Jordan's revolutionary blueprint, Monet facilitates "Voices: Poetry for the People," a grassroots workshop for organizers and community leaders. In 2018, the workshop created the first annual Maroon Poetry Festival in Liberty City, Miami, to honor artists and cultural workers for their commitment to radical truth-telling. A lover of art, music, and poetry, Monet has continued to collaborate with artists across all genres including musicians Vijay Iyer, Samora Pinderhughes, Gerald Clayton and visual artists Carrie Mae Weems, Mike Schreiber and countless more. She volunteers at Dade Correctional Facility teaching "Poetry for the People" with an organization called Exchange for Change. 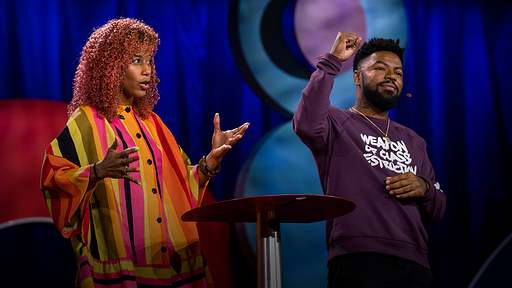 A love story about the power of art as organizing

Gathering together: Notes from Session 4 of TEDWomen 2018

In a searching session of talks hosted by curator and photographer Deborah Willis and her son, artist Hank Willis Thomas (who spoke together at TEDWomen 2017), 12 speakers explored conflict, love, the environment and activism, and more. The session featured duet talks from Paula Stone Williams and Jonathan Williams, Neha Madhira and Haley Stack, Aja Monet and phillip agnew, Beth […]