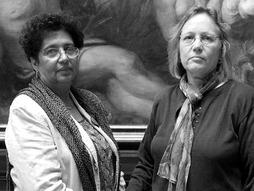 9/11 mothers
Website: The Forgiveness Project More: Aicha and Phyllis interviewed at TEDWomen
Aicha el-Wafi and Phyllis Rodriguez met around a shared tragedy — and their friendship has become a powerful symbol for forgiveness and dialogue.

Phyllis Rodriguez is an artist, a teacher and a social justice activist. On September 11, 2001, her son Greg died in the attacks on the World Trade Center. Rodriguez and her husband wrote an open letter, "Not in Our Son's Name," calling on President Bush to oppose a military response in Afghanistan.

Aicha el-Wafi is an activist with the French feminist group Ni Putes Ni Soumise, working with Muslim women. Her son, Zacarias Moussaoui, was tried in relation to the attacks on US soil, and faced the possibility of execution if convicted.

In November 2002, Phyllis Rodriguez and several other relatives of victims of the attacks were invited to meet Aicha el-Wafi. Rodriguez and el-Wafi have since appeared together throughout Europe and the US, telling their story of reconciliation and forgiveness.

“Our suffering is equal. Yet I'm treated with sympathy; she is treated with hostility.” — Phyllis Rodriguez, on Aicha el-Wafi 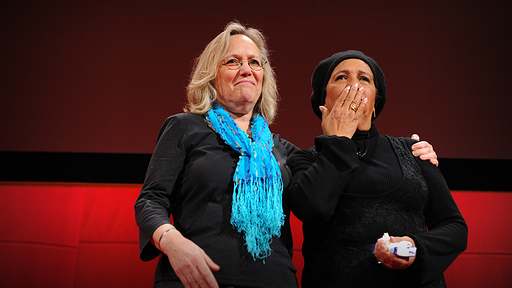 The mothers who found forgiveness, friendship