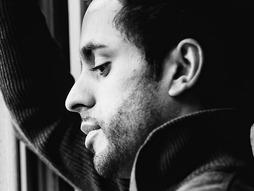 Based in the UK with a growing international reputation, Aakash Odedra tells stories through movement. His art is about the expression of the classical Indian dance forms Kathak and Bharat Nagyam, full of mythology, and their juxtaposition with the modern age.

He formed Aakash Odedra Company in 2011 to develop his own choreographic work. His debut project, Rising (2011), has won numerous international awards. Through 2013/2014 he worked with Australian choreographer Lewis Major and Austrian based Ars Electronica Futurelab in an exploration of warped and exaggerated realities. They created Murmur, which uses ancient dance and media technology to tell of Aakash's own struggles with dyslexia.

“He had that sense of ecstasy, which reaches upward spiritually, but also goes horizontally to the audience.” — The Wall Street Journal 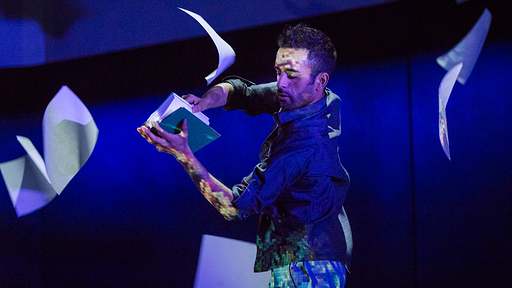 A dance in a hurricane of paper, wind and light

TEDGlobal 2014 has wrapped up — here, some highlights from the last day of the conference. Onstage and online, it’s been a busy and fantastic Friday. Word spreads of Malala Yousafzai’s Nobel Peace Prize. Excitement was high at TEDGlobal this morning when the news came out that the 2014 Nobel Peace Prize had gone jointly to Pakistani education activist […]

Bold expeditions: A recap of session 12 of TEDGlobal 2014

In the final session of TEDGlobal 2014, Mighty spaces, we take four journeys — three to great expanses in the world, and one into our minds and hearts: A low blue haze lights the stage as choreographer Aakash Odedra spins slowly. The light grows and his dance picks up — a mix of classical Indian […]

Mighty Spaces: A sneak peek of session 12 at TEDGlobal 2014

This session presents speakers who are at home in awe-inspiring places. These bold explorers come bearing discoveries from the tundra and the rainforest, from beneath the ocean’s surface, and even from that most elusive of mighty spaces — the happy human heart. The speakers who’ll appear in this final session of the conference: Buddhist monk Matthieu Ricard has […]