After watching the collection of talks on Reworking the Western Diet, read a thoughtful recap of the major points in this TED Study, and learn where experts believe things are headed.

The speakers in Reworking the Western Diet serve up lots of big questions, many of which don't (yet) come with easy answers. What's the future of food? Can we transform our current industrial food system into something more sustainable? It is even possible to feed billions of people in an environmentally sustainable way? And can we fashion a system where people of all economic means and geographic distinctions have equal access to fresh, healthy, delicious-tasting food?

Though there are many thorny issues and troubling statistics, there's also good news. For example, we're slowly shifting our cultural notion of what should comprise a meal. While Americans and others in Western societies are still enamored with the "A + 2b" meal formula, where "A" is a large portion of meat and the "2b"s are smaller portions of a vegetable and a starch, we are eating, and feeling more satisfied with, meals that feature vegetables, whole grains, and legumes, with meat more of an accent rather than a centerpiece.

Government guidelines and visual representations of our meals have shifted accordingly. According to the Four Food Groups model that many of us grew up with in the 20th century, which gave equal weight to fruits/vegetables (one category), meats, dairy and grains, half of Americans' daily food intake was to come from meat and dairy. In contrast, the Food Guide Pyramid of the 1990s featured more fruits and vegetables, and the current My Plate guidelines counsel that half of one's plate should be devoted to fruits and vegetables.

More good news: obesity levels, which had been climbing steadily since the 1980s, began to level off by 2010s — though some experts wonder if this is more the result of a serious economic recession than a deliberate move towards healthier eating habits. We're also making a systematic effort to improve school lunches. The number of urban gardens and farmers' markets is on the rise. We're warming up to the idea of keeping chickens in our backyards.

Moreover, while we've witnessed accelerated agribusiness and farm consolidation, there are movements afoot to try to break the monopoly of Big Ag. By the turn of the 21st century most of the corn and soybeans planted in the U.S. were genetically modified organisms (GMO), with increasing percentages in Brazil, Mexico and elsewhere. Yet since that time, consumer groups and others have challenged corporate patenting and ownership of seeds. The June 2013 Supreme Court decision that struck down corporate patenting of human DNA may have broader implications for all organisms.

Further, while urban sprawl has made farmland expensive and farmers find it difficult to resist selling to developers, environmentalists, family farmers and others are creating a counter movement to agribusiness. Central to this movement are attempts to foster smaller-scale farming, more emphasis on locally-produced, seasonal foods that lead to fresher, better tasting products, more interaction between producers and the consumers, and in many cases less damage to the environment.

Today more people are interested in the origins of their food, something that became increasingly difficult during the 20th century as agriculture evolved into an increasingly global, commodified enterprise. Today, widely available technologies can help us track our food from farm to table: how it was grown or raised, under what conditions, how it was processed and how it reached the market or the restaurant.

Organic agriculture, though still a small percentage of total food production, is accelerating — though not without its own growing pains. Large, conventional food conglomerates have begun to purchase smaller, organic production enterprises, a phenomenon known as "Big Organic." This type of agribusiness may eschew synthetic pesticides, hormones and antibiotics, yet its vast scale of production leads to other compromises, including exploitative use of migrant labor, that organic traditionalists regard as counter to the original mission and purpose of organic.

Unfortunately, public dialogue about the importance of organic, locally-produced fare often sidesteps the difficult but crucial issue of getting all this healthy, sustainable (more expensive, less widely distributed) food to people of little means. While many applaud the agenda of Slow Food, the work of Alice Waters, or the writings of Carlo Petrini and Michael Pollan, detractors on both the left and the right criticize it as unrealistic and even elitist. We can make individual choices to strive to eat cleaner, healthier food, but this doesn't necessarily address the serious structural inequalities that prevent others from making the same choices.

We need to make sustainable alternatives accessible to vulnerable populations who suffer the gravest consequences of the high-calorie, highly-processed Western diet. Some of these working poor are back in the restaurant kitchen preparing our orders, or harvesting the vegetables we buy at the grocery store. They work for low wages and often without the insurance they'll need if poor diet leads to a food-related condition like diabetes or heart disease. We owe them our attention. After all, don't people of all means have the right to delicious, fresh, healthy, sustainably produced food?

The modern-day food movement integrates aesthetics and ethics with health, the environment, politics, economics, family life, social issues, and notions of taste. Though they may approach the topic from diverse disciplines or propose somewhat different priorities, the writers, farmers, chefs and activists featured in these TEDTalks all aim towards the same end: a refashioned food system incorporating sustainable practices, cultural sensitivity, good nutrition, and great taste.

How food shapes our cities 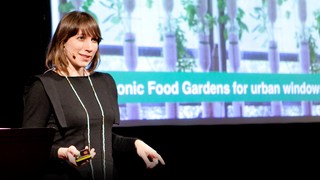 A garden in my apartment 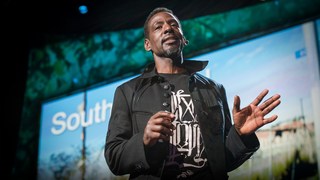 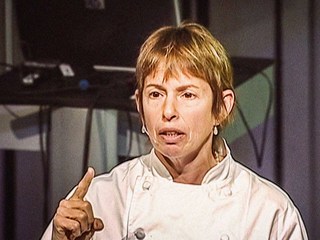 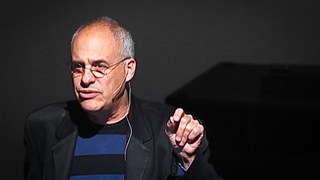 What's wrong with what we eat 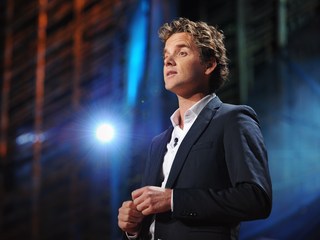 Why I'm a weekday vegetarian 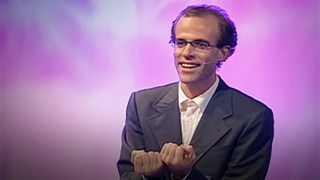 Why not eat insects?