Written by the educators who created Rethinking Cancer, a brief look at the key facts, tough questions and big ideas in their field. Begin this TED Study with a fascinating read that gives context and clarity to the material.

In its World Cancer Report 2014, the World Health Organization made a staggering prediction: it expects the number of new cases of cancer to rise markedly, reaching an astounding 24 million cases annually by 2035. Even sooner, researchers tell us, cancer will become the number-one cause of death in most societies. The disease has always been one of mankind's most-feared, and now reports like the WHO's suggest that reality may indeed bear out, or even amplify, many of those fears.

So how did this happen? In the decades since Richard Nixon's famous "War on Cancer" speech, governments and charities have pumped billions of dollars into cancer research. We're constantly hearing positive reports in the media about exciting new treatments and novel therapies being tested. Are these advances on their way, or have they been derailed by flawed delivery and disappointing results?

The reality is more nuanced and altogether much more positive. First, a reality check: many of the factors driving the increase in cancer worldwide can be explained by our longer life span and global population growth.

As the human population increases almost exponentially beyond 7 billion, it's not surprising that the total number of cancer cases will increase significantly. Also, it's important to remember that cancer is largely a disease of aging, and human life span is increasing profoundly across the world—some estimates even suggest that every new day gains a newborn baby an extra 5 hours in longevity! This trend is a transparent indicator of the remarkable period of human history in which we're living, in relation to achieving our physiological potential.

In addition, the relative importance of cancer within the landscape of human disease has increased as we've successfully brought other disorders under control, especially during the last century. Infectious disease, the biggest scourge of humankind throughout its evolution, is now a much less significant burden, through the combined effects of improvements in hygiene, vaccination and antibiotics. Cardiovascular disease, which has dominated mortality league tables within the developed world over the last 50 years, is also falling in incidence at a breathtaking rate, due to decreases in incidence and better control of established disease. Seen within this context, we can start to gain a better perspective on some of the frightening statistics regarding cancer and human health.

Moreover, it would be a mistake to ignore the very impressive strides we've made in preventing and controlling malignant disease. It's been estimated that at least half of all cases of cancer can be attributed to environmental factors such as tobacco, infection, alcohol and obesity. For example, since the connection between tobacco smoking and lung cancer was confirmed some 50 years ago, many countries have launched impressive efforts to reduce the incidence of smoking—and have been rewarded with fewer cases of lung cancer reported. Other societies are belatedly responding to this challenge: experts estimate that tobacco will lead directly to the premature death of 1 billion individuals globally over the next century, unless controls are introduced on the price and availability of tobacco.

We've managed to mitigate many other environmental risks, too. The introduction of vaccination against human papillomavirus must rank as one of the greatest achievements in the war against cancer, and large epidemiological studies are starting to define accurately the absolute contribution that other factors like hormonal replacement therapy or alcohol make towards increased risk of diseases such as breast cancer. For individuals and the communities in which they live, these studies provide us with a much better evidence base from which we can determine our acceptance of such risk factors.

There's also good news on the treatment front. Treatments for patients with established disease are improving steadily—and in some cases, dramatically. Chemotherapy, introduced in the 1950s, has been proven over several decades of clinical trials to be highly effective in providing long-term disease control for a great majority of patients with diseases such as testicular cancer, Hodgkin lymphoma and acute leukemia. In the 1960s, for example, parents of a child with acute lymphoblastic leukemia would have received a devastating 'matter of weeks' prognosis; today, over 80% of these cases can be cured.

However, it remains chillingly apparent that there's still a huge, unmet need in our fight against cancer. Several forms of cancer are almost completely unresponsive to treatments that have been developed over the last 40 years: for example, the five-year survival rate from pancreatic cancer remains barely above 5% at five years after diagnosis. Brain tumors probably cause more 'years of life lost' than any other subtype of disease, and the most aggressive forms of this disorder offer some of the greatest challenges within medicine.

When seen in this light, it's important, and indeed timely, to reflect on the limitations of our current thinking about the causes and control of this disease, and start to think more broadly about developing new ideas. The TED speakers featured in Rethinking Cancer are doing just that.

A central theme in the talks is the need to break away from conventional thinking about cancer. As the speakers note, there's an inherent tendency to focus our discussions on the current and prevailing views of why cancer develops, and what we can do to control it. The discussion has been dominated by clinicians and biologists, but in the future we will do well to include ideas from conventional 'outsiders,' including those from the physical sciences, computing, and patient groups. We must find ways to encourage the innovators who dare to challenge conventional views, providing the funding and other support they need to test their ideas and disrupt the current paradigm of cancer care.

The first TED Talk is from Deborah Rhodes, who describes her success in developing a new approach towards screening for breast cancer. It's highly appropriate that we start with consideration of cancer screening, because we need to change the model of cancer medicine that focuses almost all effort on the management of late-stage disease, at which point treatment becomes challenging for the patients to tolerate. Rhodes's talk highlights remarkable inadequacies in the current use of mammography for women whose breast density renders the process largely ineffective. Rhodes's quest to develop a better screening tool is a great example of the power of multi-disciplinary engagement in 'rethinking cancer'. Her story also forces us to consider how vested interest groups may actually suppress much-needed innovation.

The next TED speaker, surgeon Quyen Nguyen, also looked outside the traditional confines of her discipline in order to make a 'step change' in surgical technique. Surgery is often overlooked in cancer research, and some view it as a relatively crude discipline which looks to the past rather than the future. Nothing could be further from the truth: surgeons remain at the front line of cancer treatment and are making incredible contributions to cancer control. Not everyone is as lucky as Nguyen to have a Nobel prizewinner such as Roger Tsien in their institution—but even if we did, it's likely that very few of us would show the innovation and confidence to apply novel ideas like Tsien's within our own work. By working together, Nguyen and Tsien developed a technology that could radically transform cancer surgery, simultaneously improving patient outcomes while reducing the surgery's physical and emotional side effects.

William Li is interested in what allows cancer cells to stay alive and grow, outstripping the normal surrounding tissue. His particular interest is angiogenesis, the study of how new blood vessels grow to provide the nutrients that tumors require to expand. When scientists first proposed that we might be able to use drugs to block the growth of these blood vessels, many people were skeptical. However, many such drugs are now available and millions of patients around the world are realizing their benefit.

Most scientists would have declared victory there, and concentrated on improving the drugs. Li, however, isn't satisfied. He wants to understand how, in the form of the foods we eat, we can take advantage of natural angiogenesis-blocking drugs that may even prevent us from developing cancer in the first place. Here we come across one of the most salient points in cancer biology: the need to redouble our efforts to prevent cancer, rather than focusing the bulk of our resources on treatment.

Many among the next generation of scientists are already shifting their thinking along these lines, and propelling the rest of us to do the same. Eva Vertes represents this demographic perfectly, with a provocative TED Talk delivered when she was only 19 years old. Vertes talks about how she came to study cancer with a fresh mind, read widely to understand what was generally known, and then raised a number of original questions which made established researchers sit back and reflect. Her challenge to the community—to explain the differential sensitivity of individual tissues to cancer and consider how we might even use the properties of cancer cells to our own ends—is a standout contribution to this series.

Harvard researcher Jay Bradner's already established a world-leading reputation, but he's challenging the status quo by promoting an open-source approach to scientific collaboration. Bradner looks to other industries like information technology to see what medical researchers might learn from them; beyond open-source drug development, he advocates for crowd-funding specific research programs.

In the final TED Talk of the series, Danny Hillis, computer scientist and former Disney Imagineer, shares his own unorthodox story about cancer research. As Hillis explains, in recent years the majority of cancer research has been directed towards cancer genetics. He believes we would be better served to focus more energy on a comprehensive analysis of output of these genes—the 'proteome,' or protein content of cancer cells. This will be even more complex than genomic analysis and requires interdisciplinary collaboration, including engineers, computational statisticians and patient groups.

Taken together, these TED Talks provide reason for hope—but they also suggest that the prevailing approaches don't offer the imagination or flexibility to change patient outcomes in the near future. And when we think about statistics like those shared by the World Health Organization, it has never been more important to 'think differently' about this devastating disease. If these TED speakers are any indication, the research community has no shortage of fresh and brave ideas. The pace at which we embrace ideas like these is very likely to determine our personal and collective health. 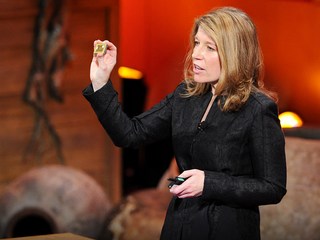 A test that finds 3x more breast tumors, and why it's not available to you

A test that finds 3x more breast tumors, and why it's not available to you 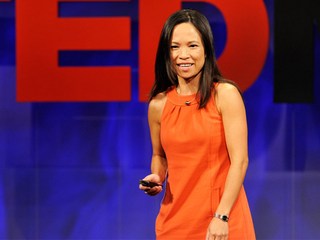 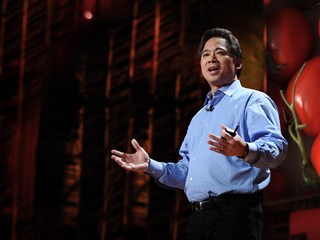 Can we eat to starve cancer? 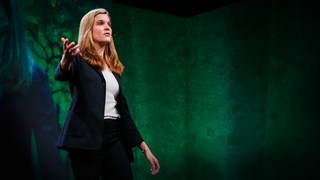 Meet the future of cancer research 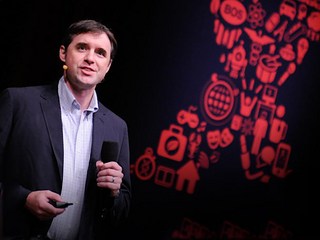 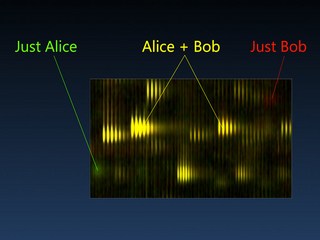