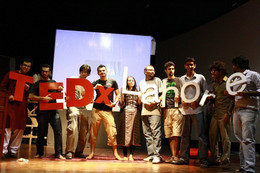 In only its second year, TEDxLahore, has arguably become Pakistan's largest forum to share ideas that can help change for the better. TEDxLahore 2010, operated under license from TED, was filmed live at Ali Auditorium on July 31st. Talks from TEDxLahore, which became Pakistan's first TEDx event last year, and the grandest this year, are now online. 15 speakers and performers geared up to form the 'Collective Genius' - celebrating ideas, innovations and advancements for a better tomorrow.

An architect, teacher and social researcher, Arif Hasan has worked diligently to promote urban planning through the Urban Resource Centre. He has worked on various sites in Karachi and has developed successful housing programs including Urban Community program, Hasan Square and the Orangi Upgrading Project. Mr. Hasan has worked on both local and international levels by serving as a consultant to United Nations agencies in hopes of facilitating better building practices among the people of the world. In 1990, Mr. Hasan was awarded the International Year for the Shelterless Memorial Award by the Japanese government, the Prince Claus Award for Urban Heroes in 2000. He also went on to receive the Hilal-e-Imtiaz by the Government of Pakistan and is an Ashoka Fellow.

With a Ph.D. in Economics from the University of Chicago, Dr. Nadeem ul Haque is the vibrant and vital force behind the Planning Commission of Pakistan. He has wide ranging operational experience in policy development and economic planning. Apart from his work in Pakistan, Nadeem ul Haque worked for the International Monetary Fund for 24 years. During his long and illustrious affiliation with the IMF, he implemented public structure reform in Sri Lanka and worked in two central banks to organize a modernization effort, which included improvements in the monetary framework and the policy formulation process. Dynamic yet easily approachable, Dr. Nadeem-ul-Haque is also a published author with five books and over fifty articles in various publications to his credit. He has a great vision for the economic sector of Pakistan and wishes to extensively work towards sharpening domestic debate and raising awareness on the local front.

Jabran Rafique is a student of MSc Web Development at Staffordshire University, and has been involved in mapping Pakistan with the Google Map Maker project since 2008. He has been recogonized as one of the top contributors to collective mapping in the world and received a Distinguished Super Mapper award by Google in 2009. His work has been featured on official Google blogs, and runs Google Map Maker & Google Maps Pakistan fan groups. His most recent collaboration involves Omer Sheikh, regarding relief efforts in landslide hit area in Hunza Valley, Pakistan. Omer is a technology enthusiast who believes that technology can help with innovative new solutions to problems in Pakistan. One of his key interests is in structuring and documenting the various aspects of Pakistan and life in it. In his opinion, aspects of life taken for granted in Pakistan need a fresh take and that Pakistanis should re-discover themselves through their collective assets; human, historical, cultural and aspirational. He is critical of the degradation all around in Pakistan; where instead of improving over time, quality of life and experience is deteriorating. He wants to see Lahore, his favourite city, managed in sustainable and informed ways. Omer has a double major in Mathematics and Computer Science from LUMS and a graduate degree in Engineering Physics from Cornell University which he attended as a Fulbright Scholar.

Dr. Usmani is a Fulbright Scholar. He holds a PhD and MS in Computer Science from the Florida Institute of Technology. As part of his Master’s thesis, he has developed a simulation of supermarkets to observe and quantify the effects of herd behavior on impulse shopping by customers. His PhD work focuses on simulation and modeling of blast waves in open and confined spaces. His work has been mentioned in Wall Street Journal, AOL News, Wired Magazine, NPR, MIT’s Technology Review, Florida Today, and The Economist. He has authored dozens of research papers, articles, and three books. His research strengths include real-world simulation, programming human emergent behaviors, and modeling of catastrophic events. He has worked in Citi Bank New York, Discover Financials, Illinois and Fulbright Academy of Science and Technology in Maine. Currently, he is an assistant professor at the department of computer science at the GIK Institute, Topi, Pakistan.

Ajmal Kamal is the editor of AAJ – the outstanding Urdu journal of world literature and ideas that he launched in 1981. His numerous translations into Urdu include works of international fiction, poetry, criticism and political and social analysis. In 1998, he founded an independent publishing house to bring out Urdu, Sindhi and English literary works under the imprint of AAJ KI KITABAIN. Another imprint, CITY PRESS, published books on contemporary social issues. He was made an Ashoka Fellow in 2002 for creating a voluntary civil society forum for the exchange of opinions and experiences about development issues and social concerns. He advises Urdu Project on the publication of Urdu language titles currently under consideration.

Asher is the founder and CEO of Naya Jeevan, a multinational social enterprise dedicated to providing low income families throughout the emerging world with affordable access to quality, catastrophic health-care. Asher was recently selected as a Draper Richards Social Entrepreneur Fellow for 2009-2011 that is accompanied with a $300,000 award, and is also an invited member of the Clinton Global Initiative for for 2009-2010 and a TED India Fellow.

Saima Zaidi is a lecturer on design and typography at the Indus Valley School of Art and Architecture. She studied at the National College of Arts, Lahore and the Pratt Institute, New York and has recently authored ‘Mazaar, Bazaar’ – an exhaustive review of Pakistan’s visual culture. Her work brings Pakistani design to the global stage as she collaborates with an international community of design experts to depict the intricacies of Pakistani design. She attempts to give Pakistani art forms such as truck art and iconography the appreciation they deserve. Zaidi’s work focuses on communication design and through this medium she manages to discuss several aspects of the Pakistani society such as nationalism, trade and cultural heritage.

Mudassir Zia is a graduate of the University of Engineering & Technology (UET) Lahore and is the founder and President of Message Welfare Trust. In this capacity, Mr. Zia founded and teaches at Message Welfare Trust’s pilot Project, Ghulam Muhammad Grammar School, an English medium school that provides free education to those who cannot afford it. Over the years, Mudassir has been responsible for setting up other projects for his organization, such as the Message Blood Donor Society, The Kafalat Program and the recent Solid Waste Management Program. Mudassir aims to get the youth of the country involved in his noble endeavors, as he believes that it is the most powerful division of our society.

An education & communication Specialist with a multi disciplinary background, Beena Raza has over fifteen years of experience in teaching, project management, educational management and coordination, and promoting South Asian culture and arts. As Pakistan

Aamir Khan is an epidemiologist based in Karachi, Pakistan. He trained in medicine at the Aga Khan University and in public health at the Johns Hopkins University, where he is associate faculty. He is the founder and Executive Director of IRD since 2004, a research enterprise committed to improving global health and development through the use of appropriate technologies. Aamir also directs the Indus Hospital Research Center in Karachi. In addition to his work in Pakistan, Aamir has led large-scale surveys and established research studies in Tajikistan, the United States, Ethiopia, Guatemala, Mexico and Brazil over the past 15 years.

Zubair Bhatti is The Asia Foundation‘s Director of Programs, Pakistan. Before joining The Asia Foundation, Bhatti was with Engro Chemical Pakistan Limited, Karachi, where he was the Public Affairs Manager. He has worked as the District Coordination Officer (DCO) in the District Government, Jhang, Punjab Province. His work as DCO, especially his “incredible model of governance”, that was later picked up by the Punjab Government. Bhatti has also been with the Finance Department, Government of Punjab. He worked on the Access to Justice Program with the Asian Development Bank in Pakistan; he was with the Pakistan Centre for Philanthropy. Bhatti also worked for the Baltimore Sun, Beijing Bureau as a stringer/interpreter for a time.

Tariq Rahman is a Professor of Sociolinguistic History at the National Institute of Pakistan Studies, Quaid-i-Azam University, Islamabad. He is a highly published scholar with over 90 articles in scholarly journals, 9 books, 4 encyclopedia articles, 22 contributions to various books and several book reviews. His history of language-learning among the Muslims of South Asia, Language, Ideology and Power (OUP 2002) remains a landmark in the field. His latest book, Denizens of Alien Worlds (OUP 2004), connects the medium of instruction with world view, poverty and politics in Pakistan.

Noor Zehra is the daughter of Raza Kazim, the founder of the esteemed Sanjan Nagar Institute of Arts and Philosophy. Zehra has aided her father in furthering the development of the stringed instrument sagar veena and is currently Pakistan’s sole sagar veena player. Her formal musical training began during 1971 with Rajeshwari Datta in London, England and later at the Ali Akbar Khan College for Music in Berkely, USA. She has performed with her sagar veena at music festivals from Japan to Norway. 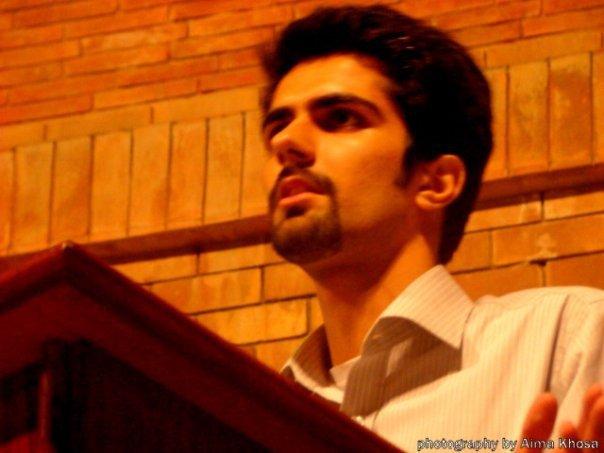