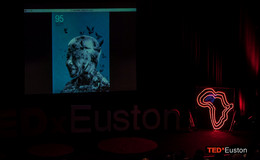 Ngozi Okonjo-Iweala is a globally renowned Nigerian economist and currently Finance Minister of Nigeria, a position she has previously held before resigning from the Obasanjo administration. She also briefly held the position of Foreign Minister of Nigeria in 2006 and served as one of the managing Directors at the World Bank from October 2007–July 2011. In 2011 Ngozi Okonjo Iweala contested the presidency of the World Bank. She received support for her ultimately unsuccessful from publications including The Economist, Financial Times and Newsweek, which said "If competition follows normal process, Kim stands no chance [against Ngozi Okonjo Iweala]."

Nt’abiseng located the song-bird in her soul during her childhood and began to explore her flair for music while in high school and during her time at medical school. It was by sheer coincidence that she first got introduced to the premier names in the South African music industry, who after listening to her nudged her on a journey that has now culminated in the recording of her debut album; Print of my Heart. Nt’abiseng is a refreshing reminder that in-born gifts have a destiny to blossom and be shared with others.

Nkwo Onwuka’s foray into the world of fashion all started with an obsession with dolls and a mother who taught her how to sew. Her label debuted at the prestigious Kulture2Couture, 2007 where NKWO won the coveted Phoenix Award presented by the Mayor of London's office. After a few years of exploration and experimentation, the brand has come full circle and now focuses on creating collections that capture the African story with a 21st century slant.

Wanuri Kahiu completed her first feature film “From A Whisper” in 2008, based on the real life events surrounding the August 7, twin bombings of US Embassies in Nairobi and Dar es Salaam in 1998. The film won 5 awards at the Africa Movie Academy. In 2009 she wrote and directed a short Science Fiction Film“Pumzi” that had its international premiere at Sundance Film Festival. Wanuri is currently co-directing a documentary on ‘JUST A BAND’ a local geek-chic group and adapting ‘Jambula Tree’ a short story that won the Caine Prize in 2007 into a feature length script.

Sada Mire is a Somalian archaeologist. She lived the first fifteen years of her life in Mogadishu, until 1991, when she settled in Sweden, as a result of the conflict in north-east Africa. She is founder and executive director of the Horn Heritage Organization. In the last five years, she and her team have made many archaeological discoveries, which feature in her numerous articles and chapters in international scientific publications. Sada believes that cultural heritage is a basic human need.

Herman Mashaba is South African, born in 1959 in apartheid South Africa. Herman Mashaba’s academic dreams were shattered when his university was shut down due to political unrests. He subsequently started his business career selling hair products on a commission basis in Johannesburg. In 1985 he started to start his own hair care manufacturing business named “Black Like Me”, becoming one of the first successful black entrepreneurs of that era. Herman has recently launched his autobiography, “Black Like You”.

Teresa H. Clarke is the CEO of Africa.com, a company she founded in 2010 after resigning from her position as a managing director in the investment banking division of Goldman Sachs & Co. Africa.com is the fastest growing Africa related website, with over five million page views per month from visitors throughout the world. Africa.com showcases carefully selected news, travel and lifestyle information and is playing a key role in shaping how the world sees Africa.

Catherine Phiri is the managing director of Media 365, a cause-related communications which produces award-winning cause related campaigns for leading organizations and is the executive producer of Zambia’s popular drama series Love Games. A passionate advocate for HIV and AIDS awareness, Catherine executive produced Shuga, MTV’s first drama series for Africa with a HIV storyline. Early on this year Catherine was appointed the Zambian chair of the Twenty Ten Club, who's ethos centres on enabling Black female business leaders and aspiring young entrepreneurs to achieve their potential.

Emeka Okafor is Nigerian. In 2007 the Curator of TED, reached out to Emeka to support him in putting together the first TEDGlobal in Africa as co-Curator. Emeka and his team brought together the best the continent has to offer to one of the most inspirational events to have held in Africa. He continues on today as the TED-Africa Director. Emeka has a diverse, interdisciplinary background focused on developing and raising the awareness of all things African. He is currently the curator of a roving annual event “Makerfaire” that brings together inventors in African countries every year.

Jacqueline Nwobu quit her job as a medical technologist in 2010 to found Munaluchi Bride Magazine, the leading nationally distributed wedding magazine catering to women of color in the USA. With no prior experience within the publishing industry, Jacqueline and her husband launched Munaluchi Bride Magazine in 2010. Jacqueline's vision and determination to fill this void is what gave her the strength and willpower to break into and positively impact an industry she knew very little about.

Fadekemi Akinfaderin-Agarau discontinued a career in medicine and left the United States after a life changing experience working as a HIV researcher in South Africa. She is a co-founder and Executive Director of Education as a Vaccine (EVA). EVA is a non-profit organization that builds and implements innovative programmes to improve the quality of life of vulnerable children and young people in Nigeria. EVA challenges the social, cultural and structural factors that fuel the HIV epidemic and contribute to the poor sexual and reproductive health status of adolescent and young people.

Ikenna Azuike used to work as a lawyer in London and New York with UK and US until he quit in 2008 because it wasn't his passion. He set up a foundation devoted to promoting awareness about sustainability (Strawberry Earth) started working part time as a journalist by interning at Radio Netherlands Worldwide. In February 2011, frustrated by the unbalanced and often inaccurate portrayal of Africa in western media, he created a video blog called What's Up Africa. What's Up Africa is a provocative, entertaining programme about African news, initiatives and people.

Pascal Dozie - the founder of Diamond Bank PLC, is currently the Chairman of MTN Nigeria, and a founding partner of Africa Capital Alliance, the first Nigerian private equity firm. He was previously a member of the Board of Directors of the Central Bank of Nigeria, and President of the Nigerian Stock Exchange. He also served as the founding Chairman of the Nigerian Economic Summit Group, and co-Chair of the Commonwealth Business Council. It is hard to find anyone that has had a greater impact on the evolution of corporate Nigeria in the past 30 years.

Vuyiseka Dubula is South African and was elected General Secretary of the Treatment Action Campaign (TAC) in 2008, in which she has been actively involved with since 2001. As a young woman she joined TAC after learning her HIV positive status. Founded in 1998, TAC advocates for increased access to treatment, care and support services for people living with HIV and campaigns to reduce new HIV infections. Since 1998, TAC has held government accountable for health care service delivery; campaigned against official AIDS denialism; challenged the world’s leading pharmaceutical companies to make treatment more affordable and cultivated community leadership on HIV and AIDS.

Ayo-Dele released her debut album ’Forever Becoming’ Oct 2012 which combines her British and Nigerian influences expressed through songs and stories. She is a London based singer/actress, who from an early age has been surrounded by various genres of music. As the fourth child born to Nigerian parents in London, Ayo-Dele experienced countless blessings that have molded her into who she is today. Her name means ‘Joy has come home’ in Yoruba, a language spoken in Nigeria, Western Africa. Merging her British musical repertoire with the African heritage has grown into her main passion creating some of the most beautiful music you will come across.

Fred Swaniker is Ghanian and has lived and worked in 10 different African countries. He passionately believes that good leadership is the most critical need for the continent. He has founded two organizations that aim to catalyze a new generation of ethical, entrepreneurial African leaders: African Leadership Academy and the African Leadership Network. Both ALA and ALN have become fulcrums of leadership training for the continent.

Lawyer. Historian. Musician. Writer. He wears his different hats very comfortably. He has recently acted as Consultant Historian on the official Government documentary on the History of Nigeria to commemorate the nation’s centenary. He also volunteers as an admin on the Nigeria Nostalgia Projects Group on Facebook. Unapologetically passionate about Nigeria’s past, Emeka Keazor's TEDxEuston 2013 talk is a blitz course in Nigerian history you are not likely to have heard. Did you know that contrary to popular knowledge, Flora Shaw did not name Nigeria? If knowledge is power, Emeka Keazor arms us with the power to celebrate our history and inspires us to follow the natural ripple effect and find out more. 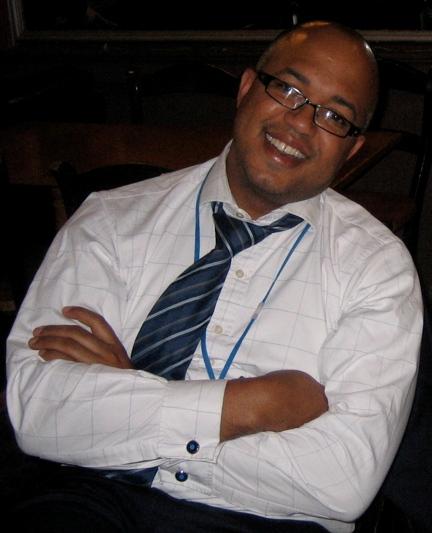 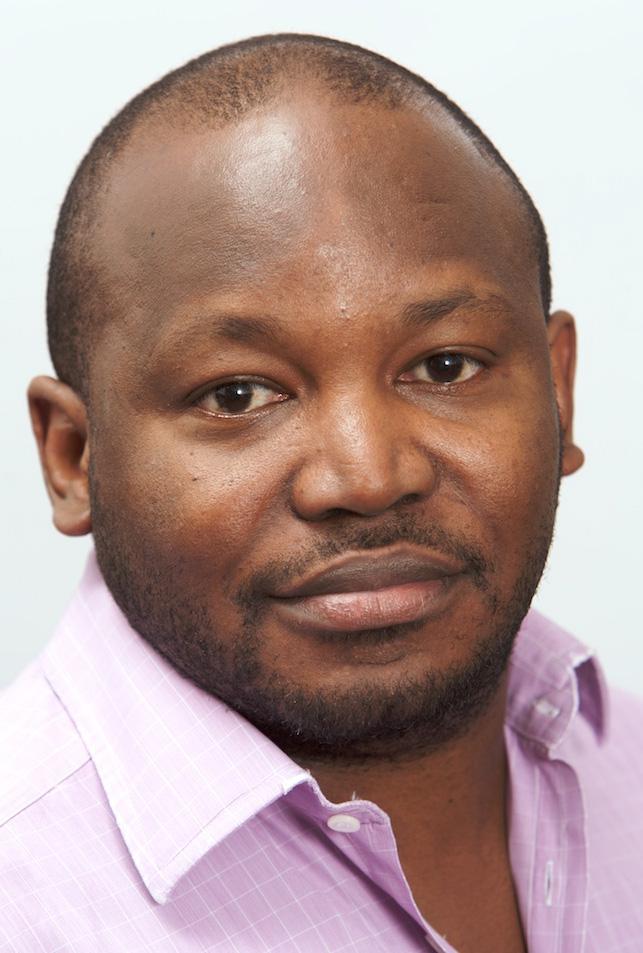