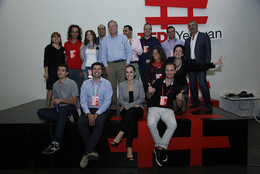 This year our event was at it's best and instead of telling about our event myself I am offering you all to learn about our event from the perspective of our participant and speaker Christian Garbis.
Here is his blog post "Thoughts on TEDxYerevan 2013" :
http://noteshairenik.blogspot.com/2013/09/thoughts-on-tedx-yerevan-2013.html

An avid researcher and explorer, Irina Ghaplanyan has travelled the world through work and study eventually to come back to her native Yerevan. Irina is a PhD candidate at the University of Cambridge currently working toward the completion of her doctoral thesis in political science. Her thesis examines post-Soviet Armenian political leadership and how the latter shaped the national discourse. Irina’s academic research and civic activism, combined with her being a long-time hobby environmentalist, were the driving factors behind her active participation in co-founding and running of The Green Bean Coffee Shop – Armenia’s, and perhaps the region’s, first sustainable coffee shop. A certified wine expert, Irina finds refuge from her academic and green challenges in discovering the world of wine and promoting wine-appreciation in Armenia. Irina currently resides in Yerevan, Armenia with her husband, David, and their four year old son, David Areg.

He was sworn in as U.S. Ambassador to Armenia on October 6, 2011. As a career member of the Senior Foreign Service, Ambassador Heffern most recently served as the Deputy Chief of Mission (DCM) at USNATO, Brussels. He previously served as DCM in Jakarta, Indonesia and Executive Assistant to the Under Secretary for Political Affairs. Other previous posts include: Tokyo; Malaysia desk officer in Washington; Kuala Lumpur, Malaysia; Abidjan, Ivory Coast; and Guangzhou, China. From 1994-1996, Ambassador Heffern served as a Pearson Fellow on the Asia Subcommittee for the House International Relations Committee. Prior to entering the Foreign Service, Ambassador Heffern served in the office of Senator John C. Danforth (R-MO) as the Senator’s Office Director and Research Assistant. Heffern, a native of St. Louis, Missouri, received a B.A. from Michigan State University. He and his wife Libby have five adult children and one grandchild.

Always challenging himself, Nigel is a British-Armenian entrepreneur and technologist. Had his first computer at age 5 and ever since has been active in extra-curricular projects. He started a metal welding company at 13 years old, traded industrial and electronic hardware at 14 and competed in the Irish Young Entrepreneur national final with his invention of the Computer Mouse cleaner at age 15, which hit the shelves of local shops – profits of these enterprises went later in part to pay for his studies.

Always interested in edges, margins, and connections, Dana Walrath weaves many distinct threads through her work in graphic medicine. After years of using stories to teach medical students at University of Vermont’s College of Medicine, she spent last year as a Fulbright Scholar at American University of Armenia’s School of Public Health and at the Institute of Archaeology and Ethnography of the National Academy of Science of Armenia. She is currently working on a graphic memoir that combines her observations on the experience of aging in this ancient culture with her award winning graphic memoir series, Aliceheimer’s. She is a co-author of one of the leading college textbook series in anthropology, and she has shown her art work in a variety of venues throughout North America and Europe. She recently received the Silver Sunny Dragon at Yerevan’s First International Graphic Humor Festival. Walrath earned a PhD in Anthropology from the University of Pennsylvania; an MFA in Writing Vermont College of Fine Arts; and a BA in Fine Arts and Biology from Barnard College, Columbia University. Spanning a variety of disciplines, her work has been supported by diverse sources such as the National Science Foundation, the Templeton Foundation, the New York Foundation for the Arts, the Centers for Disease Control, the Vermont Studio Center, the Vermont Arts Council and the National Endowment for the Arts. Her verse novel, Like Water on Stone, set during the Armenian genocide is forthcoming from Random House Delacorte in 2014.

Nazareth Seferian currently works as an expert in Corporate Social Responsibility (CSR) and Philanthropy at Orange Armenia. The author of a handbook on CSR in Armenian and the blog www.csrarmenia.com, Nazareth holds a post-graduate certificate in Sustainable Business from the University of Cambridge and has been one of the first individuals in Armenia to develop and teach the concept of corporate responsibility. Born in Canada and brought up in India by Lebanese-Armenian parents, Nazareth also holds a Brazilian passport and considers himself lucky to have had exposure to a number of different cultures while growing up.

Born and raised in Armenia, Lilit has had a chance of being an exchange student in the States. Having a diploma with honor from William Horlick High and BA in Linguistics from YSLU, she happened to choose the IT sphere as a perfect working environment. Lilit truly believes that the exchange brings the X change to everyone individually, and that X for her is ‘charity through volunteering’. As to the facts, Lilit has been involved in such volunteer programs, as volunteer helping to build houses in Chicago – Habitat for Humanity; volunteer teaching in Sunday School at St. Mesrob Armenian church in the US; volunteer as an interpreter for the World Vision USA; volunteer in helping FLEX to held the 1st tour in the “PYUNIK” Organization for disabled scholars; volunteer interpreting human right defenders during an International Conference organized by FIDH (International Foundation of Human Rights) and some others. Having over 100 hours of volunteer work during her exchange year, Lilit was honored to receive a pin and a certificate from the US President and the White House. Charity – driven volunteer by heart, Lilit stands at the basis of the “Help Armenian Children” charitable NGO founded in 2012. This charitable NGO started as a Facebook group in 2011 and since then they have managed to help more than 13 kids suffering different diseases and over 200 low income families with kids have been supplied with clothing, medicine, food and more.

Sergey is a management consultant with 10 years of experience in strategic planning, project implementation and strategy advice, working in New York City, Yerevan and Moscow. Currently Sergey is a Management Consulting professor at the American University of Armenia and a consultant at UN Armenia. Sergey has worked at the Central Bank of Armenia and acted as an expert at the OSCE office in Yerevan. His private sector experience includes management positions in investment and consulting companies in Russia from 2005 to 2007. Back in Armenia Sergey headed the Strategy Development Division of AmeriaBank in Yerevan from 2007 to 2009, and thereafter pursued his MBA in Boston. Before returning to Armenia for the second time in 2012, he worked as an Economist at The Conference Board in New York City. In 2011 Sergey gained his MBA from Brandeis International Business School, Boston, Massachusetts. He also holds an MSc in Economics from Yerevan State University, an MCLS from the American University of Armenia and a Doctorate degree in Finance and Economics from the National Academy of Sciences of Armenia (2007). As a 2006 Fulbright Fellow, he pursued studies in Strategic Development and Global Economy at Dickinson College, Pennsylvania. Sergey also is an alumnus of the Eurasia Executive Leadership Program (2008), University of Cambridge, U.K. In 2009 he became a Sauvé Scholar and Academic trainee at McGill University, Canada.

Christian Garbis is a writer of fiction, commentary and journalism. He has been based in Armenia since 2004, but was born and raised in Greater Boston. Christian is the author of two acclaimed blogs, on which he discusses social and political issues along with intricate descriptions of daily life in Armenia. He is married and has a young son.

With the motto “solar energy is the route towards a sustainable and bright future” Suren has been pursuing his career in the field of 3rd generation solar cells and is employed as a scientist at the Technical University of Denmark. Suren successfully published and coauthored a number of scientific articles and books, has been a guest speaker at several conferences and has collaborated with a large number of scientific organizations specializing in solar energy in Armenia, Denmark and throughout the world. Suren’s core belief is that the prosperity of Armenia lies within the utilization of its scientific capacity, particularly towards the use of the big potential of renewable energy resources in the country. Thus, with the ambition to contribute in the development of science and technology in Armenia Suren has recently joined the non-profit organization, Amstream, and with the team he works towards creating opportunities for collaborations between Armenian and Scandinavian organizations and specialists with the general purpose to facilitate the growth of the countries’ economies. Suren graduated Yerevan State University in physics, received his Master’s degree at Ben Gurion University of the Negev in Israel and PhD in Science at the Technical University of Denmark.

Adam Pervez is the founder and Chief Happiness Officer of Happiness Audit. Happiness Audit trains managers how to cultivate happier workplaces and helps companies measure their employees’ happiness and well-being. After working on Persian Gulf oil rigs and then coordinating rapid supply chain growth for a Danish wind power company, Adam left his comfortable corporate life at the age of 29 to find happiness. Addicted to travel, visiting over 70 countries to date, he set off on what he calls “The Happy Nomad Tour.” He has volunteered his way around the world the past two years trying to give as much as he can while learning about culture, the human condition, and what binds us all together. Along the way he has lived in villages too small for Google Maps, meditated with pythons at a Buddhist temple in Thailand, been robbed a few times, discovered a love for nature and animals, slept on wooden pallets and kitchen tables, taken every form of transport imaginable, and received more love and generosity from strangers than he ever thought possible. He also found happiness, though it was inside himself the whole time. Adam is from Cleveland, Ohio, USA. He studied electrical and computer engineering at The Ohio State University and has an MBA from IE Business School.

Art director of “newmag” magazine from 2007 to 2012. In 2009, together with Armen Azaryan, founded PanARMENIAN Photo agency, which is considered one of the best ones both in the country and the whole of Caucasus. Guest photographer for Universal Music, Alain Mikli Glasses, Levi’s, HSBC Holdings. Charles Aznavour, Brad Pitt, Ian Gillan, Michael Haneke, Gerard Depardieu, Ian Anderson, Wim Wenders, Tilda Swinton, Tonino Guerra, Peter Gabriel – this is only one small part of the list of people that trusted Vahan to capture them.

Anahid Yahjian was born in Bulgaria, raised in Los Angeles, and currently lives in Yerevan. She is a writer first and foremost, but dips simultaneously into the worlds of filmmaking, translation, design and production (by night). By day, she produces and manages media and content at ONEArmenia, an online platform for innovation.

Arthur Ispirian has been making music for as long as he can remember. In 1987, his first professional vocal recording put him on the lyrical map. On the Armenian music scene, he embodies a mosaic of Stevie Wonder and James Ingram and continues to entertain both on stage and screen. Among his many accolades, Arthur has been recognized for his unique talent and musical passion for which he was awarded Best Male Vocalist by the Armenians in Music and Film Association (AMFA). Once Upon A Time in Yerevan, his eighth CD follows In/spiration, Asum en te, Radio Yerevan, Jazzavans, Art & Space, and Colors of Stevieland. For Arthur, it has always been and continues to be simply about the music. His inspiration comes not only from his love of soul music… but it is his wife and two sons that are the true soul of his music. 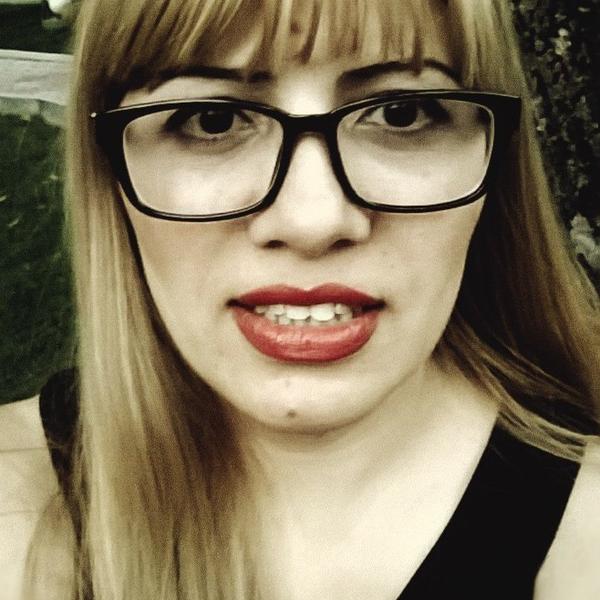