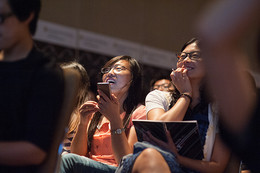 TEDxNanjing is a conference held each autumn. It brings together the most fascinating people from multiple areas including technology, entertainment, design, art, and other disciplines, who are challenged to give the talk of their lives, and share their ideas, opinions, and inspiration in less than 18 minutes; therefore it is also recognized as a 18-minute-feast for the minds.

This year’s TEDxNanjing conference will be under the theme of “NEXT”, a half-day party centering on our future. The “future” here we talk does not mean an imaginary, intangible or unknown future; instead, it is the coming future that can be created, influenced, and changed by our acts. The conference will be held on the afternoon of September 15, in Zifeng Tower of Nanjing, and be divided into three sessions:

Session 1 – How to Change the World
The best way to predict future is to create it. In past 10 years, our society has undergone dramatic changes. What are the most significant of our developments, and in what way should we create and change the future?

Session2 – Story of This Land.
Stories about the past, the present, and the future of Nanjing, and of China, the land where we live

Session 3 – YIYA (Youth Ideas, Youth Actions)
The youth are the hope of our future. Their opinions and practices greatly influence what the future will be like.

许榕生：中国第一代的黑客、网民；中国信息安全实验室首席科学家，1993年他负责开通中国第一条互联网专线，连通北京与斯坦福大学，将Internet 引入中国，被外媒称做“中国互联网之父”，如果说这是他带给我们的第一件礼物，那么下一件(NextGift) 礼物是…
Xu Rongsheng: One of the first generation of hackers in China, chief scientist of China Information Security Lab. In 1993 he was responsible for the connection of China's first dedicated Internet, connecting Beijing with Stanford University, which introduced the Internet into China. And for this he has been called "the father of Chinese Internet" by foreign media. If this can be seen as the first gift he brought to us, then the Next Gift would be…

邓飞：《凤凰周刊》记者，社会活动家，他用社交网络发起的“免费午餐”计划，最终促使中国政府出台政策，投入200亿人民币改善乡村儿童的饮食与营养。下一站(NextStation)，他将去向何方；未来，将如何使用自己的生命？
Deng Fei: Journalist of Phoenix Weekly and social activist. He launched the "free lunch" program by social network, prompting the Chinese government introduced the policy to invest 20 billion yuan to improve rural children's diet and nutrition. Then in Next Station, where will he be aiming for and in the future, how will he use his own life?

杨曜睿：中国最早上市的社交网络人人网联合发起人，目前是阿瓦隆矿机的生产商，这是一种可以根据算法，挖掘总储量约为10亿美金的下一代货币 (NextCurrency) 比特币的机器，而这种货币并不经由政府、银行发售，却可以与美元、黄金、人民币自由兑换，并在市场上流通。
Yang Yaorui: Co-sponsor of Renren, which is China's first listing of social network, and now acts as the manufacturer of Avalon mining machine, which can dig total reserves of about 1 billion dollars in Next Currency Bitcoin by algorithm. And Bitcoin can be exchanged with dollar, gold and renminbi freely and circulates in the market without put on sale by neither the government nor bank.

陈卫新：《中国室内设计年鉴》主编，观筑历史建筑文化研究院院长。著名室内建筑师、空间设计师。废弃的印刷厂在他努力下成为“随园书坊”；空旷的地下停车场被变为中国最美丽的独立书店“先锋书店”，他将与我们分享如何更新建筑与城市，在新旧的冲突中寻求别样的未来。
Chen Weixin: Chief editor of Chinese Interior Design Yearbook and president of The concept of building historical architectural culture Research Institute. Well-knowned interior architect and space designer. An abandoned printing plant was changed into "Suiyuan Bookstore" in his efforts; an empty underground park was changed into China's most beautiful independent bookstore "Pioneer bookstore", and he will share with us about how to update our buildings and cities, and how to seek for different future in the conflicts of the old and the new.

黄梵：诗人，小说家。著有诗集《南京哀歌》、诗合集《Original》、长篇小说《第十一诫》等。这一个世纪过去，华人中的大多数，已从技术和皮相上完成与国际的接轨，但却缘何依然是一颗封闭与古老灵魂？文学、语言和表达是如何影响进化和未来……
Huang Fan: Poet and novelist. He has written the collection of poems Elegy in Nanjing, poetry collection Original, the novel Eleventh Commandment and so on. In the past, the majority of the Chinese has completed the connection of tracks with the international standards from the technical and external, but why does it still keep a closed and old soul? And how do literature, language and expression affect the evolution and future?

陈露：85后，CAPE创始人，现居无锡，新媒体传播者和实践者。
Chen Lu: Borned after 1985, originator of CAPE. Now she lives in Wuxi and acts as a communicator and practitioner of new media.

张小厚 & 秦昊：曾经的公务员和无业者，现在是独立音乐人，创建了一支叫“好妹妹”的乐队，北京的一个四合院是他们目前驻足的工作室。
Zhang Xiaohou & Qin Hao: Once been public servant and unemployed, and now act as independent musicians. They created a band called Haomeimei and a courtyard in Beijing is their current studio. 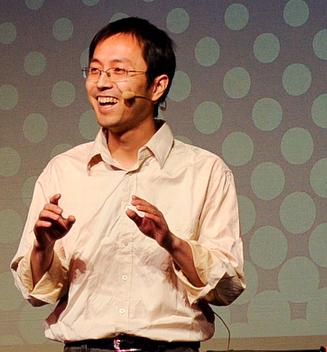