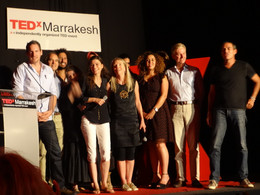 What is it that gets your pulse beating faster? Social injustice, climate change, fear of the unknown, or is it a beautifully designed chair, technology, a new discovery or an encounter with an inspirational person? The speakers of the third edition of TEDxMarrakesh investigate many of these issues. Some will leave questions hanging and others may have some answers, none will be boring. Join us on this day of revelation!

Gary Martin, the Director of the Global Diversity Foundation, has been involved in conservation and ethnobotanical work for over thirty years. He has engaged in applied research and training in more than forty-five countries. After studying botany as an undergraduate, he received his MA and PhD in anthropology from the University of California at Berkeley. From 1998 – 2011, Gary was a research fellow and lecturer at the School of Anthropology and Conservation of the University of Kent in Canterbury, UK. Between 2010-2012, he was a Carson Fellow at the Rachel Carson Center for Society and Environment in Munich, Germany. Since 2011, he has been the Director of the Global Environments Summer Academy and is the creator of the incipient Global Environments Network. He is a native speaker of English, also speaks Spanish and French, and is learning Moroccan Arabic.

Dr. Yossef Ben-Meir has been dedicated to the field of international development since 1993 when he joined the Peace Corps in Morocco. In 2000, he co-founded the High Atlas Foundation and served as president of the Board of Directors until 2011, and currently leads its operations. Dr. Ben-Meir was a faculty member at the School of Humanities and Social Sciences at Al Akhawayn University in Ifrane (2009-10). In 2003, he was a research fellow at the American Institute of Maghrib Studies, and earlier an Associate Peace Corps Director (1998-99), managing the agriculture and environment sector. He writes on the subject of promoting human development in the Middle East and North Africa. Dr. Ben-Meir holds a PhD in sociology from the University of New Mexico (2009) where he also taught, an MA in international development from Clark University (1997), and a BA in economics from New York University (1991).

Beate Wedekind, 62, is founder of the media and event brand THE NEW//AFRICA, a startup dedicated to the people behind progress Made in Africa. Its goal is to create new and sustainable global partnerships. Beate started her career as a banker, went to Ethiopia as logistics manager in the 1970s, changed to journalism at 29. As Editor-in-Chief of ELLE and BUNTE she became one of the most recognized journalists in Germany. She anchored her TV-talkshow and produced major TV-shows. Already as a young woman she got involved in the work of NGOs like Artists United for Nature and Menschen für Menschen. As book author she wrote several bestsellers. She is a dedicated networker, mentor and senior advisor to German and African startups. Beate works freelance for ONE and is a Member of the Board of Directors of TEDx Berlin. Beate is based in Addis Ababa and Berlin.

Raja Felgata (37) is a journalist from The Netherlands and was the first anchor on local and national Dutch television with a Moroccan background. The past years she has been producing The Colorful List: a magazine and platform which is based on the many 'most powerful/influential/wealthy' lists made in Holland. These lists never represent the multicultural diversity the country has - so she decided to make her own list with bi-cultural influencers. Working on the third edition this year, the list is growing as a platform and as a movement with many partners from broadcast media, multinationals and government organizations. Raja has always fought for equality for women and upcoming talents from different communities. And In 2011 she received a democracy ribbon for her work. Her vision is to make hidden talents visible and give them the platform they deserve to shine and to build a strong network that is as diverse as the Dutch society. She also produces and hosts a new online talk show called ‘Caftans & Cocktails’ which is a talk show with quality discussions and interesting guests and rolemodels with an inspiring story. Telling her story at TedxMarrakech is an honor and has a personal and emotional touch as well, she will give her story back to the city where her family and roots are based.

Vito Di Bari lives in Miami, Florida. He has been Executive Director IMI at UNESCO, in Paris. Defined as one of the three most important forecasters in the world, along with Naisbitt and Toffler, and the leading authority on innovative design, Vito Di Bari is an acclaimed futurist who is changing the world through his cutting edge design solutions (using recent discoveries in various fields such as augmented reality, sensors, nanotech and robotics). The Nobel Economics Prize winner, Kenneth Arrow said, "He engineers dreams. Feasible dreams, based on solid facts". As part of the City of Milan's candidacy for the 2015 Universal EXPO, Vito Di Bari has been chosen to be the Innovation Designer with his Digital Expo Project, showcasing his insight and designs to create a city of the future. An accredited author of eleven books and numerous published papers, Di Bari also participates in worldwide events as a keynote speaker.

Josh Shoemake was born in Virginia and attended Columbia University, where he studied architecture and literature. He first arrived in Morocco in 1996 and spent three years teaching literature at The American School of Tangier, forming close friendships with Paul Bowles, Mohamed Choukri and other local writers. He served as the first resident headmaster of The American School of Marrakesh from 2003-2008, seeing the school’s first class through to graduation. Now based in Paris and Marrakesh, he has published short stories in several magazines, including The Threepenny Review, as well as a novel, Planet Willie (Opium Books, 2013), about a fallen angel detective with bad earthly habits, and Tangier: A Literary Guide for Travellers (I.B. Tauris, 2013), a geographical history of the writers and fictional characters who have lived in Tangier, which The Times called “a sure-footed guide to the lore and literature of an enigmatic city,” and the explorer Robin Hanbury-Tenison, writing in Country Life, called “a marvellously odd, gossipy romp of a book.”

Driven to raise awareness about the inequalities that he saw in the world, Oren Yakobovich has been working at the intersection of human rights and filmmaking for 20 years. Prior to co-founding Videre in 2008, he led the video department at the Israeli human rights organisation B’Tselem. At B’Tselem, he developed ‘Shooting Back,’ a video project that has trained hundreds of citizens in the West Bank to use cameras to fight for justice. The project won several awards, including the BBC’s One World Media award and the International Media Award’s Cutting Edge Prize. Oren’s work has been screened at Berlin and Sundance among other festivals. A sought-after expert on using technology to expose human rights violations, Oren is frequently called upon to brief civil society, government, international organisation and media decision-makers.

Uri has been working in the film industry since 1985. He Founded Fragile Films in 1989 and has produced and directed many documentaries in locations all over the world among which were the award-winning Atlantic Hip To The Tip, All In The Family, Dar O Dur and OBI. Since 1997, he has produced feature films including Ideal Husband, Spice World the Movie and The Importance of Being Ernest. In 2001, together with his partner, he bought Ealing Studios, where Fragile Films continues to successfully produce British feature films. Uri has originated several projects involving innovative use of video cameras, including the highly successful video project conducted by BVCF, the major Conservation Organization of Mallorca. He has served on the board of several charities and is the chair of Videre’s Board of Trustees.

Hicham Khalidi is a Dutch-Moroccan curator of contemporary art. From 2003 till 2011, he had been the artistic director of TAG (Institute for Audiovisual Art in The Hague, the Netherlands). Khalidi studied finance and worked for a couple of years in the fashion industry. His favorite subjects are the politics of the image, and trans-disciplinary research in speculative art and design. Hicham Khalidi is a member of the board of: V2_: interdisciplinary centre for art and media technology in Rotterdam, the Netherlands. As of March 2013, Khalidi is head of exhibitions at Stuk kunstencentrum in Leuven, Belgium and the curator visual arts of the fifth Marrakesh Biennale (2014), Morocco. His latest exhibitions as a curator include: On Geometry and Speculation (as part of the 4th edition of the Marrakesh Biennale, Marrakesh, Morocco, 2012), Transnatural Festival (Nemo Science Center, Amsterdam, the Netherlands, 2012) and Alles, was Sie über Chemie wissen müssen (Künstlerhaus Bethanien, Berlin, Germany, 2011).

Mahmoud Chouki, otherwise known as Mood, born on May 15, 1984 in Kenitra, Morocco, is an international, master guitarist, composer, artistic director and multi instrumentalist. His performances and compositions consist of music from around the globe fusing oriental and occidental ethnic and electric style of music. He leans especially towards flamenco, jazz, and oriental styled music. Mood began his studies at the Conservatory of Larache in northern Morocco from the age of eight and eventually completed at the national conservatory in Rabat with training in music theory and classical guitar.He continued with additional enrichment by taking master classes with musicians, such as Jorje Cardoso, Antonello Lexi, Tim Williams, Francisco Ortiz and Juan Fallo. He began performing at the age of fourteen throughout Morocco and represented Morocco in the United Arab Emirates at the Young Arab Talent Festival. In 2002, Mood toured the south of Spain with the Guitar Ensemble of Morocco, winning first prize in the International Guitar Competition in St. Esteban del Puerto. This gave Mood the jump-start to make several collaborations with other musicians. His projects led him to travel and perform with key figures in the music world and with fusion groups, including at the Rencontre Orient Occident at Chateau Mercier in Switzerland and the Magic Lutes Concert with Hugh de Corson and his Symphonic Orchestra in Qatar and Bahrain. Mood has also worked in film, including “Lola” by Nebil Ayouch. Mood continues to write his own compositions and collaborate with world-renowned artists.

Eric van Hove works throughout the world, wherever his projects and his curiosity for travel take him. Belgian artist, born in Algeria in 1975, he grew up in Cameroon and lives regularly in Japan. Being a nomad constitutes both a personal necessity and a artistic position. His work addresses both local and global issues, and he is committed to creating links between them. Back from Morocco, Eric Van Hove presents « V12 Laraki », that he has produced in Marrakech. This artwork is the continuation of Abdeslam Laraki’s dream, who wished to build the first 100% high performance Moroccan car, the Laraki Fulgara. But the engine had to be build in Europe, making this dream unfinished. « V12 Laraki » is a hybrid and metaphorical piece, which closes the loop of this project : Eric van Hove worked with forty Moroccan craftsmen who rebuild each of the 465 components making up the engine used in the Fulgara. The artist reinvests a diversity of ancestral practices, and in doing so recreates an object that symbolizes the strength of industrialism and economic globalization of the world. 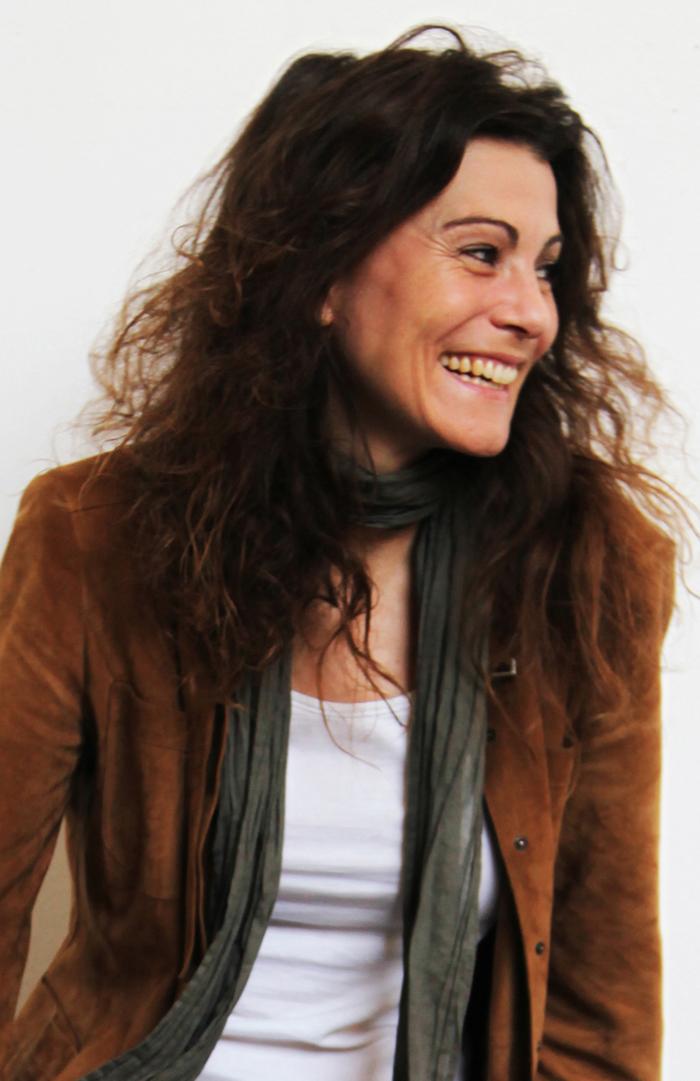