TEDxPacificPalisades aims to inspire change by connecting ideas with resources.
We are excited to announce our inaugural event this June 29, 2013 under the theme “From__ To__” and invite you to share your ideas and experience in transforming the world we live in.
Where did your journey begin and where are you headed? Are you using art to facilitate space travel? Playing chess to end homelessness? TEDxPacificPalisades explores the tools innovators, artists and thought-leaders utilize to make an impact.

We look forward to meeting you!

Jean Luc Dushime was born in Rwanda. He grew up between the Democratic Republic of Congo and the Republic of Congo. Now he resides in the United States. He utilizes photography and video to advocate and shine the light on social issues locally and internationally. He survived the Rwandan Genocide and the long walk across the congolese jungle now, Jean Luc carries a message of peace and reconciliation and enjoys spending time mentoring young people, being with family and friends.

Jason Mayhem Miller is a 15 year veteran of Ultimate Fighting, who has turned to philanthropy and public speaking to increase awareness of the challenges that face the world, usually to an audience that largely ignores these issues. A conservationist, humanist, and comedian, Jason draws from his unique human experience to attempt to shift the way that you look at society, science, politics and humanity in an attempt to “Change the World.” A self taught scientist, “Mayhem,” will provide an irreverent twist on scientific knowledge that we possess and the importance of the scientific community rising up and having their voice heard, in order to save humankind from its current death march to armageddon. As the host of the wildly popular and internationally syndicated “Bully Beatdown,” he brought a lighthearted spin on the serious issue of bullying – giving a voice to the ‘little guy,’ a concept that he hopes to bring to the floor of TEDx this summer.

Roko Belic’s directorial debut, “Genghis Blues” (1999), won the Sundance Audience Award and was nominated for an Academy Award® for best documentary feature. Belic directed the documentary DREAMS: CINEMA OF THE SUBCONSCIOUS, which was released on the “Inception” Blu-Ray. He associate produced BEYOND THE CALL (beyondthecallthemovie.com), co-produced and shot INDESTRUCTIBLE (indestructiblefilm.com), and directed THE BATMOBILE which was released on “The Dark Knight Rises” BluRay. For his current project HAPPY, Belic teamed up with Hollywood heavyweight Tom Shadyac, who executive produced, to direct the feature documentary. HAPPY combines powerful human stories from around the world with cutting edge science to give us a deeper understanding of our most valued emotion.

Tony Testa started dancing at 8 years old, studying tap, ballet, jazz, contemporary, break-dance, & hip-hop in his hometown of Fort Collins, CO. From an early age he assisted the classes that his mom would teach, and soon enough he had unveiled his true passion for choreography. Since moving to LA in 2005, he has choreographed for Janet Jackson, Kylie Minogue, Britney Spears, Demi Lovato, Versace, Sketchers, Disney, & Nickelodeon. He also worked with MJ on his final project, This is it. In addition to choreography, Tony’s career as a Stage Director has taken shape. One Direction for SNL, and Season 1 of The Voice UK were his most recently directed pieces. He was the Associate Director for Kylie Minogue’s “APHRODITE: Les Folies” World Tour and he Co-Directed the opening of the 2011 AMA’s with Nicki Minaj & David Guetta. Currently, he is in the midst of a 3 year collaboration with a KPOP company in Seoul, S. Korea, all while teaching dance workshops across the country to share his love for this transformational art form.

Ned Vizzini is the bestselling author of the acclaimed young-adult books The Other Normals, It’s Kind of a Funny Story (also a major motion picture), Be More Chill, and Teen Angst? Naaah…. In television, he has written for ABC’s Last Resort and MTV’s Teen Wolf. His essays and criticism have appeared in the New York Times, the Daily Beast, and Salon. He is co-author, with Chris Columbus, of the fantasy-adventure series House of Secrets. His work has been translated into ten languages. He lives in Los Angeles.

Kristin Burke was born in Orange, CA. Educated at Northwestern University in Illinois, she was trained in the art of costume design by Virgil C. Johnson, an acclaimed designer for opera and the theater. Burke has designed costumes for over forty feature films, including The Conjuring, Seeking a Friend for the End of the World, Insidious, Sex Drive, Running Scared, The Cooler, The Slaughter Rule, and Star Maps. She has also designed for music videos, commercials, and two television series. Burke has authored several books. Costuming for Film: the Art and the Craft, co-authored with Holly Cole of Ohio University, is a college-level textbook on the ins and outs of designing costumes for films and the role of costumes in the collaborative medium of film. Going Hollywood: How to Get Started, Keep Going, and Not Turn Into a Sleaze, was published in 2004, and is in use at film schools and universities in 7 countries. Additionally, Ms. Burke is the creator of FrockTalk.com, a blog about film costumes, featuring interviews and film reviews. Academy of Motion Picture Arts and Sciences featured Burke in “50 Designers: 50 Costumes”, a tribute to Hollywood film costuming exhibit, which has toured the US, Canada, and Japan.

Designer for clients like Etsy & TED, unapologetic enthusiast, wearer of nothing new, and lover of all things rainbow. Jessi also designed our sparkling and beautiful TEDxPacificPalisades banner. She will be leading a rainbow parade and bringing color to our event this June!

Pedram Sameni is CEO and founder of Patexia. He founded Patexia in 2010 with the mission of bringing more transparency, efficiency and value to the IP world. Prior to this, Pedram worked for several high-tech companies, including PMC-Sierra and Foveon, in different capacities. He managed the IP department at International Rectifier, with more than 2000 IP assets. In a short period, he reduced the department expenses by more than 40 percent, organized IP assets by business units , and created patent committees to manage the assets more effectively. Pedram holds a PhD in Electrical Engineering from the University of British Columbia and has coauthored several publications in peer-reviewed journals and conferences.

Alana Conner, PhD, is a cultural psychologist and science communicator whose latest project is Clash! 8 Cultural Conflicts That Make Us Who We Are (2013), which she coauthored with Stanford professor Hazel Rose Markus. By day, she designs communications that enhance the well-being of diverse populations around the world. By night, she writes about culture, class, psychology, and health for a variety of venues, which have included The New York Times Magazine, EDGE.org, and the Stanford Social Innovation Review, where she served as senior editor for five years. In between, she rides the bike, walks the cat, and bakes the vegan bacon cake in San Francisco.

Charlie Scola (AKA PartyCharlie) is a party planner, caterer, author, columnist, award-winning speaker and world traveler. In his 25+ years of event planning experience he has thrown bashes for world leaders, Hollywood celebrities and rock supper stars. His famous Universal Studios City Walk and Hugh Hefner Millennium Holiday Playboy Mansion parties draw near 7,000 attendees. Charlie’s extensive philanthropic work for organizations such as Make a Wish Greater LA and Streetlights Org earned him a proclamation from the City of Beverly Hills. He has appeared on FOX, NBC, CBS, E! Entertainment, TV Guide, Marie Osmond Show, Showtime, Jerry Lewis Telethon, Playboy, and countless magazines news papers and radio stations. Charlie is the Author of “Party Planning Secrets: The Ultimate Guide to a Successful Party.” His personal motto – if you’re not having fun at work you have the wrong job.

Jason Porath is a graphic novel and visual effects artist who currently works at DreamWorks Animation. He originally hails from Louisville, Kentucky, but has lived in LA since 2000 (with a year off in Japan). He has a degree in Cinema-Television Critical Studies from the University of Southern California.

Rafe is an entrepreneur, investor and advisor who connects ideas, people and resources to make good things happen faster. Beginning in Silicon Valley in the mid 1990s, Rafe founded or was a first round angel investor in over 30 start-ups, which collectively have generated over $1 Billion in revenue and $450 Million in liquidity to their stakeholders. Rafe’s been featured in the New York Times Magazine, WIRED.com and Shake The World, for his ideas on unlocking shared value. He’s won awards for cancer awareness and video production; hold’s a championship bracelet from the World Series of Poker; and a B.S. & M.S. from Stanford University. What people want to talk to him most about though is the year he spent in an RV with his best friend, drinking beer and attending sporting events. 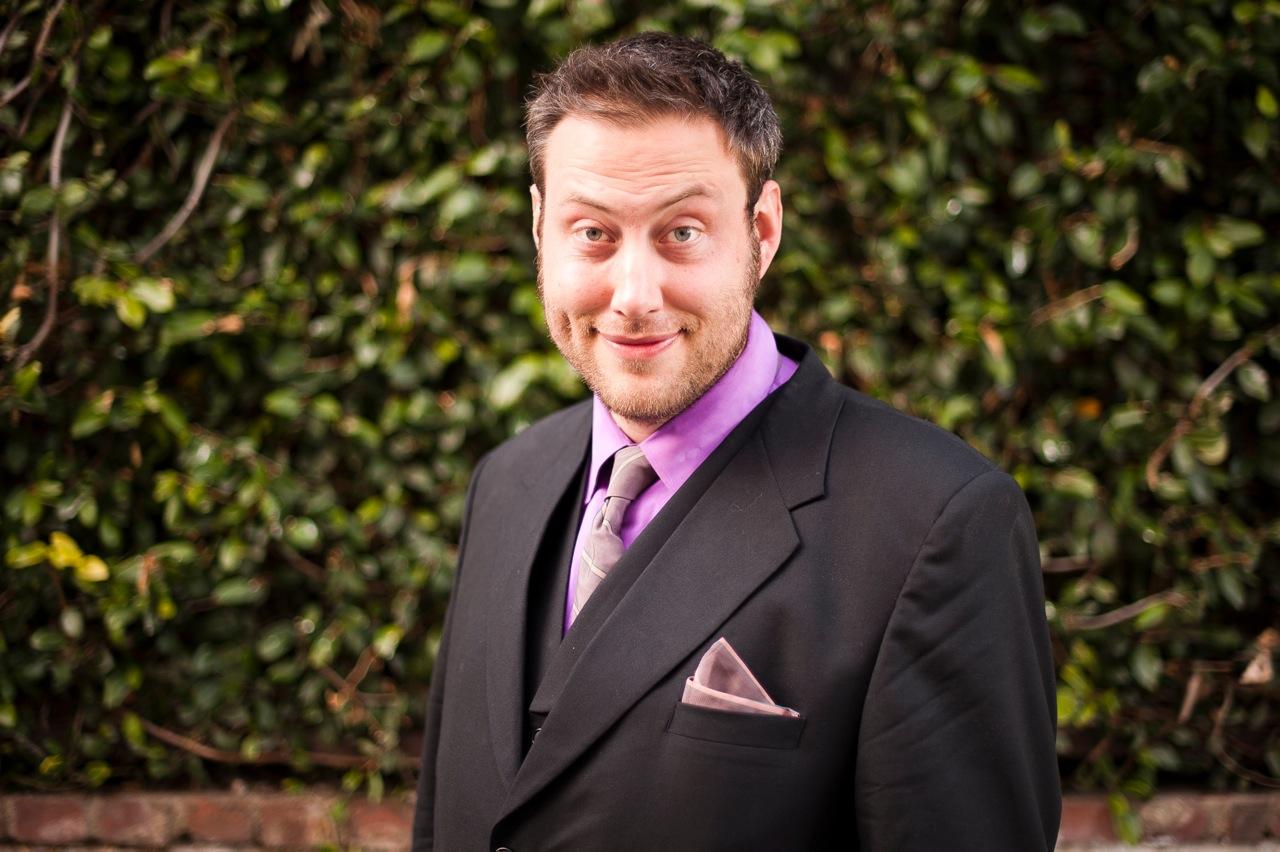