Automation Will Bring Back Manufacturing

The US lives at least 4% above its means. That is, our balance of trade is such that we depend on borrowing to allow a living standard well above domestic production of goods and services. MOST OF THAT IS MANUFACTURED GOODS. It would take a 40% increase of manufacturing output to bring the balance of manufactured goods into balance. Two large terms dominate the imbalance in manufactured goods; electronics and sewn items, e.g., garments. Was that cell phone or pair of pants made in the US? Almost certainly no.
R&D at Georgia Tech and a single inspiration by one of its professors appears to open the way for domestic production of clothing at less cost than is now experienced in China and elsewhere in the Far East. SoftWear Automation, Inc. has started an effort supported by the Department of Defense’s DARPA that aims to build work-cells for the automated cutting and sewing of fabric. The effort is to enhance the capability to respond rapidly to needs for sewn items in the case of surprise military need by bringing most of the garment industry back. This is achieved through a high-tech applications of a single idea, the real measure of displacement in sewing is thread count of the passing fabric, not inches or meters. This enables accurate and fully automated sewing even when significant distortions of the fabric are present, the reason automation has not been cost effective to date. The patented technology should convert a labor-intensive industry to one that is capital-intensive and economical anywhere. But the thread counting method requires very modern cost-effective technologies: machine vision at high rates and high performance servo control of many motions.
Now we need tackle the automation of electronics manufacturing so that it is as inexpensive to produce cell phones here as elsewhere. That and similar should allow the US and other advanced nations to be self sufficient again.

Dr. Dickerson received his Sc.D. (Doctor of Science) degree from MIT in 1965, MSME from Berkeley in 1963, and BSME from IIT in 1962. He was a Professor of Mechanical Engineering at Georgia Tech until retirement in 1996, and was elected Fellow of the Society of Manufacturing Engineers in 2004. Automation, advanced manufacturing, and urban transportation are his primary interests. Specific research projects led to the founding of various companies: DVT Corporation revolutionized machine vision and was sold for over $100 M in 2005; CAMotion, Inc. made breakthroughs in light-weight, high performance robotics and has annual sales now of about $5 M; RideCell uses advanced communications and computing to support urban transportation and is profitable; and SoftWear Automation Inc. will introduce disruptive solutions in garment cutting and sewing. The last two companies are early stage ventures. He holds several patents covering these technologies. And in each case he made the initial capital investments.

Regarding manufacturing automation Dickerson has invented and introduced a number of innovations. DVT Corporation was founded in 1990 based on research and a patent held by Georgia Tech that enabled very compact and inexpensive machine vision systems where the image detector was coupled directly to the image processing computer. In the end this became the standard for machine vision today and allows very inexpensive manufacture and great performance. CAMotion’s technology is based on the work of three faculty members in Mechanical Engineering at Georgia Tech. Very capable and light-weight and low power robotics is the result. SoftWear Automation is now funded by DARPA to enable the return of garment manufacture to the US. It is thought that domestic production can be at less than the “China price.”

Regarding urban transportation in particular, Dickerson founded the Peachtree City Commuter Program in 1975 that was credited by the US DOT as being the first community based vanpool system in the US. That operation was owned by Modnar Corp. Dr. Dickerson took a leave from Georgia Tech to serve the US Department Transportation as a Research Analyst in 1974-75. Today, RideCell provides higher utilization of transportation resources and improved customer experience through advanced communication between vehicles and customers. He holds a patent that describes an integrated approach to information systems to assist urban transportation.


“This independent TEDx event is operated under license from TED.”

About TED
TED is a nonprofit organization devoted to Ideas Worth Spreading. Started as a four-day conference in California 25 years ago, TED has grown to support those world-changing ideas with multiple initiatives. The annual TED Conference invites the world's leading thinkers and doers to speak for 18 minutes. Their talks are then made available, free, at TED.com. TED speakers have included Bill Gates, Al Gore, Jane Goodall, Elizabeth Gilbert, Sir Richard Branson, Nandan Nilekani,Philippe Starck, Ngozi Okonjo-Iweala, Isabel Allende and UK Prime Minister Gordon Brown. The annual TED Conference takes place in Long Beach, California, with simulcast in Palm Springs; TEDGlobal is held each year in Oxford, UK. TED's media initiatives include TED.com, where new TEDTalks are posted daily, and the Open Translation Project, which provides subtitles and interactive transcripts as well as the ability for any TEDTalk to be translated by volunteers worldwide. TED has established the annual TED Prize, where exceptional individuals with a wish to change the world are given the opportunity to put their wishes into action; TEDx, which offers individuals or groups a way to host local, self-organized events around the world, and the TEDFellows program, helping world-changing innovators from around the globe to become part of the TED community and, with its help, amplify the impact of their remarkable projects and activities. 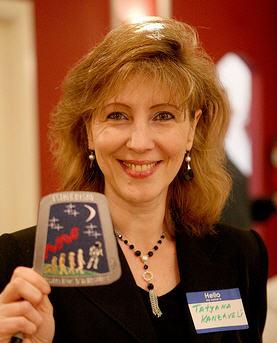