TEDxAlexandra is an independently organised platform that promotes innovative and informative ideas aimed at providing a space for thought leaders to convene and stimulate dialogue around challenging conventional approaches to addressing current challenges affecting South Africa as a community.

Linda Clement Twala is a legend for his philanthropic activity spanning decades in the Alexandra township. He is the grandson of the first residents of Alexandra, Eva and Hey Nxele Mbanjwa, who were originally from KwaZulu-Natal. Committed to addressing the development challenges so evident in the community around him, Linda is best known for starting Phuthaditjaba, a Community Centre on the site of the original Twala family home which was bombed by security police during apartheid.

Xolani is a young philanthropist who was raised and groomed in Alexandra Township. His interest in community building began in 2008 when he worked for Make Us Models academy (MUM) as a Marketing Director, in this position he raised funds for the organization to assist the youth of Alexandra in staying off the streets and instead developing their academic skills. Soon after that he started working for an organization called Ashbey & Sharon as a Public Relations Manager where he assisted young people in preparing for successful careers in the modelling and entertainment industry. He continued working for the organization until he completed his Matric in 2010, after completing Matric he then founded Youth Against Poverty (YAP) in 2011, he then became popular among the youth of Alexandra for his eagerness to eradicate poverty in this community. Xolani is currently assisting Phutaditjaba where he is in the Leopards committee working under the mentorship of Mr Linda Twala.

A co-founder of African Leadership Academy (ALA), Chris brings experience in the corporate, educational, and grant-making sectors. Chris has worked as a consultant with the Boston Consulting Group and in brand management at the Procter and Gamble Company. In Africa Chris helped launch the Summer Academy at Cape Town, a highly successful international summer program for high school students. He also spent two years as a Peter Ling Teaching Fellow at the Oundle School, one of the largest coeducational boarding schools in the United Kingdom, and worked with the US-based education-focused Broad Foundation in the summer of 2005. Chris holds a BA summa cum laude from Yale University, as well as an MBA and an MA in education administration from Stanford University. At Stanford, Chris was named one of five Siebel Scholars and, in 2006, he and ALA co-founder, Fred Swaniker, were named Echoing Green Fellows in recognition of their status as two of the fifteen best emerging social entrepreneurs in the world.

Louise is a social entrepreneur committed to help lead positive change in South Africa. In 2010 she started to work in partnership with Ridwan Samodien, principal at Kannemeyer Primary School in Grassy Park. Since then more than 113 other business leaders have become partners to principals across South Africa and Louise feels privilege to lead the project team supporting this initiative.

Chantal qualified as a physiotherapist in 1994 and established a private wellness consultancy business with a particular interest in lifestyle factors and PNI. Outside this business, her résumé also includes the position of head therapist and International golf fitness expert at numerous prestigious national and international golfing events. These include almost two decades at the Nedbank Golf Challenge, the British Open, Scottish Open, World Match-Play events as well as the inaugural President’s Cup events. Six years ago, Chantal took up the position as head of the Vodacom Group’s national and sub-Saharan Corporate Health and Wellness Strategy. This journey continues to serve as a part of her commitment to positively impact the state of health and personal empowerment of South Africans at large, thus fulfilling a personal vision of having a significant and powerful impact on the future of our country. Her passion & vision for being a thought leader in Corporate Wellness has also enabled her to consult to as well as represent the Vodafone Group at various International forums On the Partner4Possibility Program: “There used to be a line that existed in my life that determined which communities I truly engaged with and where I went. There was an invisible line that prevented me from entering into the no-go area around Alexandra township. Because of ingrained belief systems, I was extremely fearful of crossing this line. Now, looking back over the past year, I am more comfortable, gratified and integrated into the broader South African community. We are more connected in our humanness then we are separated by our differences. I understand now how I and every south African can more effectively contribute to creating a better education future for our children. Only schools within a broader community framework can effectively educate our children. Every South African is the community.”-Chantal Du Chenne

Andrew is a native of Jo’burg and is Umuzi’s full-time Managing Director. Since starting his career at Investec Private Bank he has organised a leadership conference for 300 top young African leaders, and opened a business lounge for British Airways. He has a passion for broadcasting which includes a period presenting sports for 702 Talk Radio. Andrew is passionate about developing South Africa through entrepreneurial endeavours. He is currently doing a correspondence course at Harvard’s Kennedy School on Leadership, Organising and Change. He graduated from the University of Cape Town with a bachelor’s in economics, politics, and philosophy as well as a Post Graduate Diploma in Enterprise Management.

Thulani is a Public Private Mix Advisor of the University Research Corporation LLC. Thulani is from the Alexandra Township and is extremely passionate about education and the Alexandra community. Thulani is an international public health consultant with experience in strategic, managerial, and technical leadership. He has led programmatic and management operations in partnership with the South African Government to expand HIV/AIDS and TB services. He has capacity building, Pharmaceutical and Supply Chain Management, strategic partner coordinator, and proposal writing experience and has extensive fieldwork experience in Ethiopia, Bangladesh, Cameroon, Kenya, Uganda, Nigeria, Malawi, and South Africa. Thulani holds a Masters in Public Health from the University of Tennessee and holds a Bachelors Degree in Economics from Berea College, Kentucky, USA.

Yusuf grew up in a mixed-race family in Johannesburg, and went to school at Sacred Heart and Crawford before going abroad to study at Harvard. He graduated from Harvard with Honors in Economics, and went on to Credit Suisse where he worked for a volatility trading group in New York and Zurich. During his time in America, Yusuf also started two non-profits, one supported by UNAIDS, and the other by the International Finance Corporation. Yusuf was then awarded a South Africa-at-Large Rhodes Scholarship to Oxford, where he completed two masters degrees, one in Financial Economics and the other in African Studies – the closest thing he could find to studying business in Africa! At Oxford he developed the initial business plan for what would eventually become the Awethu Project, and in 2009 returned to South Africa to turn the idea into reality. In 2011 Yusuf – and Awethu – was selected as one of the world’s best emerging social entrepreneurs by Echoing Green. Yusuf’s passion for the new South Africa is deeply rooted in the experiences of his family under Apartheid, and one of his aims for Awethu is that it should embody Madiba’s vision for a socially just South Africa. When Yusuf isn’t at the Awethu offices he’s walking his cat, Mika, or playing sport (he has represented South Africa in modern pentathlon, Gauteng in tennis, and Johannesburg in cricket!), frequently puffing and panting along as a member of the Awethu corporate soccer team!

Chris has spent most of his life in Alexandra Township. He attended Westbury High School, where he completed matric and achieved university exemption, but due to financial circumstances was unable to attend university and worked in jobs ranging from baggage handling to data capturing, before deciding to become self-employed in 2007. He started off by selling beer from his house in Alex, which is what he was doing when Awethu came to town. In an Awethu brainstorming session Chris decided that people in Alex shouldn’t have to wait in a line for 45 minutes every day just to buy bread…he would deliver it to their doorsteps. Chris started his business with R20, selling four loaves of bread and making R2 profit. He now makes over R10 000 in profit per month, and has become a bottom of the pyramid specialist, helping big corporates to access the lucrative Alex market. He is currently working on a major project for Kraft Foods, one of the world’s largest food companies. 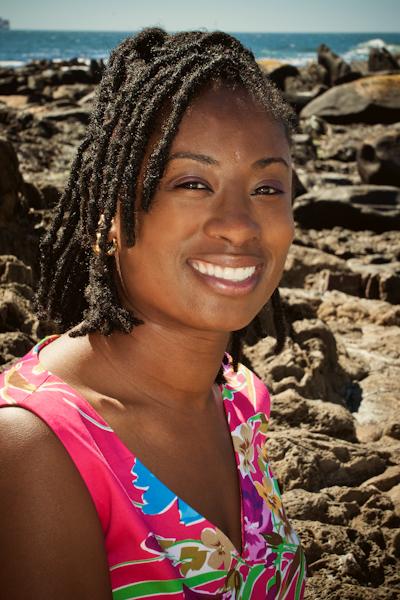