On June 5th TEDxKiruna returns for an inspiring day full of energy and ideas worth spreading. We welcome you to one of the world’s northernmost TEDx events, hosted in Kiruna in Swedish Lapland, 200 km above the Arctic Circle – right under the magic of the midnight sun.
TEDxKiruna is a cross-disciplinary event for people and minds who come together to listen to fascinating speakers inspiring new thoughts and stimulating discussions on the TEDxKiruna theme: sustainability.
Sustainability is the capacity to endure long-term and shapes the foundation of well being across many dimensions such as ecology, economy, politics and culture. At TEDxKiruna our speakers will expand on sustainability from their different viewpoints and context ranging from indigenous culture to space travel, gastronomy, communication, creativity, design and innovation.

Arne Bergh – Creative Director at ICEHOTEL. When Bergh accidentally slipped on the Torne river ice some 20 years ago, he was hit by a fantastic art material – pure, crystal clear ice – and his life took a turn that no one could have guessed, least of all himself. Leaving his life and work in southern Sweden behind, Bergh’s new home became the Torne river and he has been dedicated to the development of ICEHOTEL and promoting ice as an art material ever since.

Exploring and sharing local treasures - Eva Gunnare has found the place to call Home, as well as a way to combine her various interests into a new business. Having been a frequent traveller, she has now stayed in one place the last 25 years, exploring her nearby environment. Eva will give you a taste of her perspectives upon life, in her very own way.

Kaj Mickos is a Professor Emeritus in Innovation Techniques with a background as a professional inventor. He has started 15 companies and has over 30 patents. He has focused his research on how to create production systems for innovations and how to make innovation processes more time efficient, less costly and more accurate. He has developed a model and a method in how to achieve this called “The Innovation Plant model”. “Innovation is easy, you´re just doing it wrong!” In his TEDtalk Kaj Mickos will dispel the most common myths about how to create profitable innovations and talk about how and why we need to create production systems for innovations to survive in a globalized world.

Per-Erik Lindvall was born and raised on the edge of the mine in Malmberget in Swedish Lapland, and is a key profile within the Swedish mining industry. Driven by curiosity and passionate about the environment, entrepreneurship and equality, Per-Erik leads the work developing new innovative techniques to continuously evolve the sustainable operations of one of Sweden’s oldest industrial companies, LKAB, founded already in 1890. Having an extensive background and experience within the mining industry, Per-Erik has held many senior positions both at Boliden and LKAB where he is currently Senior Vice President Technology & Business Development. Per-Erik is a dedicated advocate for the importance of collaboration between the mining industry, academia and research and serves as a member of the Royal Swedish Academy of Engineering Sciences and also on the board of Luleå University of Technology. In 2012 Per-Erik was awarded the “Bergskollegium Medal of Genius and Diligence”, for his dedication and tireless work for collaboration between business and academi, handed out by the Geological Survey of Sweden and is an award with over 250 years of history and nowadays rare graced. Per-Erik is an amazing source of inspiration and will share his passion and stories about innovation, entrepreneurship and sustainable development.

”The thrill of doing something amazing has always been bigger than the fear of failure”, defines Saher who is being described as a wonder mind for his rare combination of amazing talent for innovative thinking with a deep curiosity for business and technology. Starting life as an Internet entrepreneur, Saher is an innovation strategist who has been praised for his technology and communications solutions delivered for leading brands across the world. Being a sought after speaker, Saher offers straight talking, engaging and thought-provoking ideas and is a frequent guest lecturer for both Hyper Island and Berghs School of Communication. Based at AMV BBDO in London Saher is head of IP and New Ventures, working on developing new technologies for consumer markets.

Johan Ernst Nilson is one of the worlds leading explorers and motivational speakers. With over 30 expeditions in 145 countries, Johan is a member of both The Explorers Club and Travellers Club. Johan started his career as an explorer over 20 years ago after a bet with a friend. The question was; Could a person with the lowest grade in gymnastics bike from Sweden to Africa? To Johan life is all about finding your dreams and reaching your goals. While most explorers focus on a specific genre like mountaineering or skiing, Johan has put his focus on the motivation and focusing in itself and not the actual adventure. It can be learning how to play the piano, getting married, climbing a mountain, moving to a new country or just daring to stand up for your right. The goals are different but the technique behind it the same. Johan will talk about exploration and why is it important? To explore is to dare. To dare is to do the unexpected and to step outside the Comfort Zone. Ever since humans started to walk up straight we have tried new paths and tried to become wiser. It is through our mistakes that we have developed and learned. It is through our failures that we have become wiser.

Bea is a cutting-edge fashion designer with the courage and determination to think and work innovatively with warmth and humour. Bea has worked with legends such as Stella McCartney, Tommy Hilfiger and Swarovski and is further know for her theatrical and inspiring fashion shows and innovative design. Since 2001 Bea has run her own fashion company and is also a passionate advocate for the importance of fashion in our society – something she is lecturing on around the world also presenting her pioneering design projects. The great passion for fashion was awakened at an early age and Bea has since produced both her own commercial collections and well as various exciting design collaborations and exhibitions. When the Icelandic singer Björk received the Polar Music Prize, she did it in an outfit signed Bea Szenfeld. Eva Dahlgren, Ola Salo, Loreen are some others who have worn Szenfeld’s amazing creations. It has been an exciting fall for Bea Szenfeld. The sewing machines have been hot for the premiere of Lena Philipson dream show at Cirkus in Stockholm. There has Szenfeld been responsible for costume and with Erns Bill Branch, who was in charge of set design, created a show to celebrate Lena Philip’s 25 years as an artist. Earlier last fall got Bea Swedish Church culture scholarship and was nominated in the London International Creative Competition. 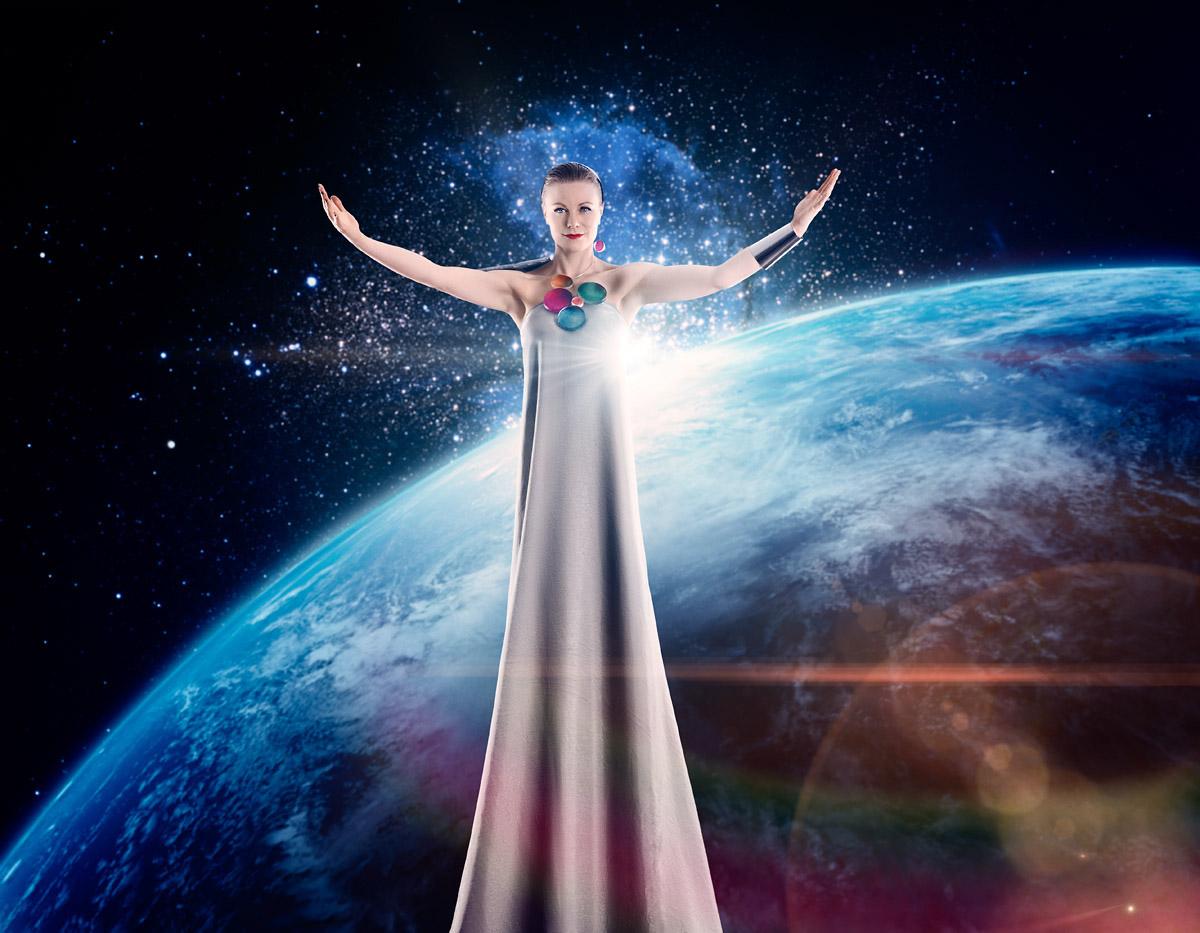