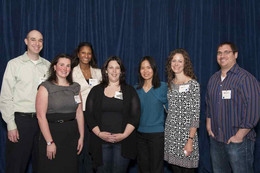 Secrets of Successful Innovators: Entrepreneurship In A Down Economy

At TEDxMillRiver, you will be inspired to pursue innovation inside your company or beyond. Eight speakers will share their personal stories of struggle and triumph in start-ups spanning industries from pet food to high-tech. You will discover invaluable best practices and lessons learned that will power your future success.

Kelly Hadous, President, Win The Room
Seasoned TEDx Speaker with speaking engagements of 3 TEDx events under her belt. Her specialties include public speaking, leadership training, presence coaching and strategic communications. According to Kelly, she started her company Win the Room because “of certain hardships she had to overcome, she learned how to have swag, the value of winning people over, one connection at a time.”

Wall Street meets Broadway is how Kelly defines her background. She worked as an arbitrage trader (7&63) for Dillon Read and acted on many stages. She studied Speech and Voice at The Royal Academy of Dramatic Arts in London, and holds two degrees from New York University. Kelly is the co-organizer of the Stamford Tech, a guest lecturer at NYU-Poly and NYIT. Kelly is a mentor at NYU-Poly Accelerator. Her first pilot of Win The Room TV will air in November and she is writing her first book on the science behind the communication.

Michael Margolis, President of Get Storied
Michael is an educator, evangelist, and entrepreneur for the global storytelling movement. For the last decade, Michael has taught thousands of marketers and innovators how to translate their message into wider acceptance. As the founder of Get Storied, Michael Margolis teaches the world how to think in narrative. With a unique focus on transformational storytelling, Michael has worked with the likes of AARP, Audubon, Etsy, NASA, The Limited Group, and Zappos. Michael also curates the Reinvention Summit (Storytelling's Biggest Online Conference) and is the Dean of Story University (where he produces a range of online courses). The son of a mad scientist and artist, Michael is obsessed with culture, communications, and human behavior. Michael began his career as a social entrepreneur, co-founding two nonprofits before the age 23. His work and ideas have also been featured in Fast Company, Brandweek, Storytelling Magazine, among other places. A frequent writer, Michael’s latest book Believe Me: a Storytelling Manifesto for Change-Makers and Innovators, has been read by over 15,000 people. Michael is left handed, color-blind, and eats more chocolate than the average human. You can learn more at www.getstoried.com

Marie Moody, Founder & President of Stella & Chewy
Marie Moody established Stella & Chewy’s (S&C) in 2003, combining her passion for animals with her intuitive sense of opportunity in the emerging pet food industry. Moody created a line of distinctive pet foods, and named the Company after her own two pets adopted from animal rescue shelters. Today she leads a business which has become one of the fastest- growing companies in the nation as recognized by both the 2011 and 2012 INC. Magazine’s list of America’s 500 fastest growing private companies.

Moody has been recognized for her dedication to entrepreneurship. She received the 2006 American Express sponsored Make Mine a Million award. In 2010 she was honored with The Business Journal’s Wisconsin Woman of Influence award and she was selected as a program mentor by The Tory Burch Foundation. Moody has appeared on CNBC’s How I Made My Millions, NBC Philly’s The 10! Show and has been interviewed on DarynKagan.com and NPR. She’s been featured on the cover of INC Magazine, and has been profiled in The New York Times, Forbes, Success, Working Mother, and More.

Currently S&C is headquartered in a 50,000 square foot facility in Milwaukee and the Company's dog and cat products are available in over 3,000 retail stores nationwide. Stella & Chewy's is a study in the growth of a business in a challenging economic climate. Outside of S&C, Marie is also dedicated to her young son, another animal lover and junior ambassador for the company.

Laura Garnett, Business Matchmaker
Laura is a Business Matchmaker. She will introduce you to Your Zone of Genius, and then, using a unique alchemy of experience, wisdom and intuition, identify the truth of Your Brand. Once you are centered in your own truth, she can easily help you develop a Personalized Marketing Strategy that effortlessly attracts your Ideal Clients. Knowing what you do that is better than anyone else is the starting point for differentiation and real success. Laura grew up on a dairy farm in Virginia. Her Father was a Farmer and her Mother a PHD in Psychology and they taught her focus, discipline and the value of hard work. While the farm was a great playground she was driven at an early age to live in big cities and travel the world. Her corporate jobs allowed her to launch American Express Blue in South Africa, manage a multi channel marketing launch in Madrid, work with some of the worlds top agencies such as Saatchi and Saatchi and eat gourmet food at Google NYC for 3 years. She launched her own business in 2009 and has never looked back.

Steve Shepherd
Steve is an associate partner with Hewitt EnnisKnupp where he assists plan sponsors with de-risking strategies and asset distribution. He has amassed over 23 years of sales/sales management, marketing, operations, and administrative experience in the pension business. Steve earned his Bachelor of Arts degree from Wesleyan University in Middletown, CT and his Master of Science degree in Financial Management from Rensselaer Polytechnic Institute.

Roger Wu
Roger Wu is the co-founder of a new e-commerce experience, GiftFinder.com, where gift suggestions are offered based on a recipient's social data. Prior, Roger was the Founder and President of KlickableTV, a platform that allowed users to click on items inside the video to learn more or buy. He was an “intrapreneur” at Bloomberg LP where he was a founding member of the Bloomberg Legal team and also had stints at Goldman Sachs and Morgan Stanley. He is the co-organizer of the Stamford Tech Meetup, the New York Pinterest Meetup, and the producer of New York Crowdfunds, a crowd funding festival. In addition, he’s a Webby Award honoree for Experimental video, a semi-finalist for the Bombay Sapphire Imagination Series, the winner of the Butterfinger Viral Video Contest, holds a Guinness World Record and owns three degrees from the University of Pennsylvania and the Wharton School, where he sometimes guest lectures. He teaches video at FIT in New York, competes regularly in stair climbing competitions and the NYC Marathon and is a member of SAG and AFTRA.

Slash Coleman
NPR calls award-winning writer/performer Slash Coleman, “Extremely provocative and entertaining,” and WGBH Boston says, “Slash has the power to change the way people think.” Best known for his PBS special and Off-Broadway one man show, “The Neon Man and Me,” over the past decade Slash's work has been featured in TheWashington Post, The New York Times, American Theatre Magazine, Backstage Magazine and most recently on the NPR series, “How Artists Make Money.” As a storyteller, he's been featured at: The International Storytelling Center, Pete Seeger’s Clearwater Festival and The National Storytelling Festival. Currently at work on his 2nd PBS special which is about the re-birth of storytelling in America, Slash is the host of the NYC talk show for artists Slash Wednesday, author of the “The Bohemian Love Diaries” (Lyons Press 2013), a blogger at Psychology Today and is currently at work on his second PBS special about the re-birth of storytelling in America. He lives in New York City and splits his time between performing and writing new material for the stage, film, and television.

Malene Barnett
Malene is a Brooklyn, NY based African American carpet designer with a multi-disciplinary background in textile arts, painting and illustration. Her unique carpets, inspired by my international travels, boldly interpret cultural icons, landscapes and rituals in an entirely fresh and personal way. Malene's passion for all things cultural stems from her world travels to places like Dakar, Mumbai and Kuala Lumpur, as well as her African-Caribbean heritage.

Tickets are now on sale. 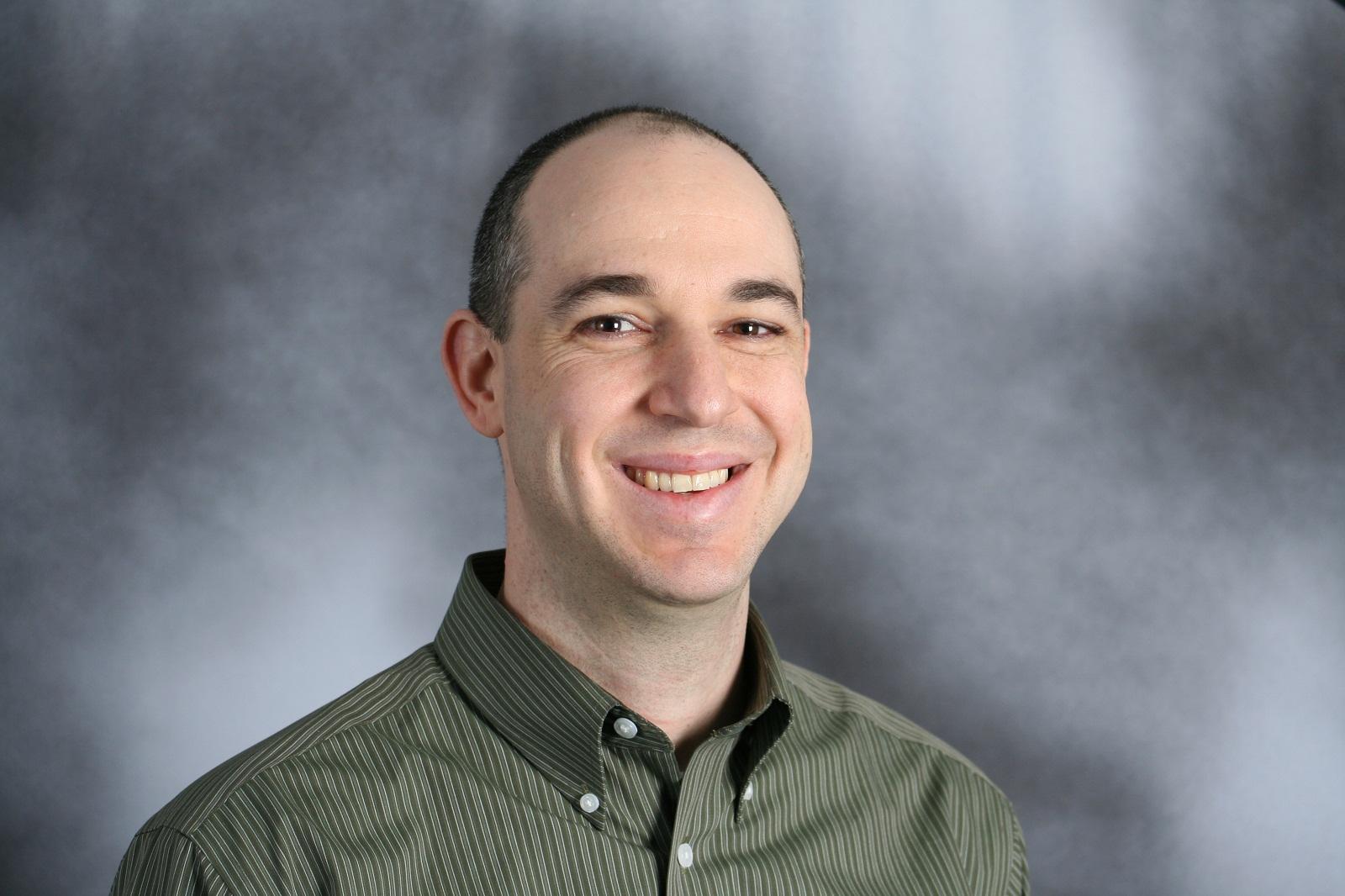 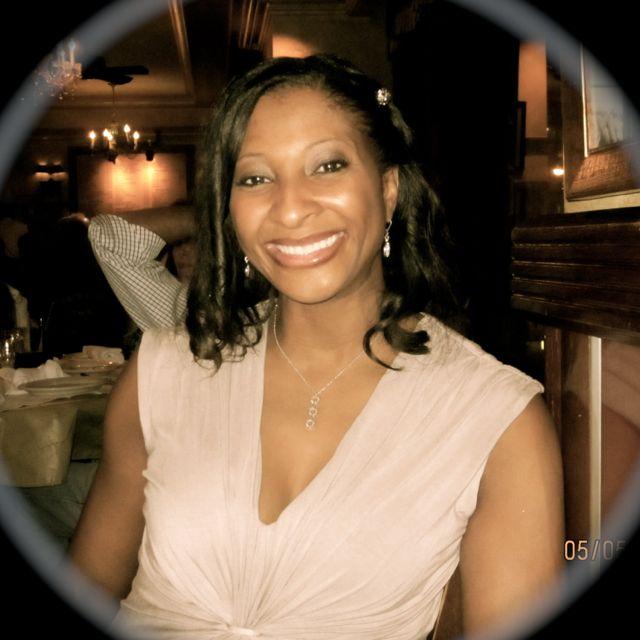