Cambodia's first TEDx event will have the theme "Building the Future" as we are hoping to collectively look forward, rather than backwards, when telling Cambodia's story. The majority of the audience will be Khmer university students and Cambodia's budding social entrepreneurs with about 40% of the audience coming from other places around the world. We are hoping that the day will connect people to new ideas both on and off the stage and that we will open the door for many other events in Cambodia focusing on "Ideas Worth Spreading".

Author of the Blue Lady Blog, Kounila is a part of a new generartion of young Cambodians using social media to express themselves about Cambodian education, politics, lifestyle, press freedom, culture, and problems facing her country. Kounila describes her aim as “to get my opinions heard by all the people, especially Cambodians. Then, we will discuss and find a way out to help Cambodia, and also people outside Cambodia will have a chance to see Cambodia from afar.” As a graduate of Media & Communication, Kounila dreams of making use of her skills to reinforce social change using traditional as well as new media.

Colin Wright is a 25-year-old serial entrepreneur, Minimalist and blogger who moves to a new country every 4 months based on the votes of his readers. While travelling, Colin starts up new business endeavours, manages his existing projects and engages in extreme lifestyle experiments – from not wearing black for half a year to going completely paperless – in order to gain new perspective and to inspire others to make positive changes to their lives that might otherwise seem impossible. Colin writes about entrepreneurship, Minimalism and long-term travel at ExileLifestyle.com

Channe is Product Manager for inSTEDD, her primary focus being the capturing of user requirements for all aspects that affect the quality of their products. In addition, she also does software usability design and testing as well as provides on-going support to the clients/partners. She has also worked with NCHADs (National Center for HIV/AIDs, Dermantology and STD) to develop a SMS Appointment Reminder System as an extension to their current Patient Information System. In the past, Channe has worked on open source web-based applications, but started working on mobile applications when she joined InSTEDD. Channe is also a volunteer in the Cambodian IT community, helping to organize events for IT people to share information and learn from each other. She graduated with a Masters Degree in Computer Application from Bangalore University, India in 2006.

Software developer, entrepreneur and general geek, Chris is a vocal and omnipresent figure in Cambodia’s burgeoning hacker community. Chris has founded or partnered in several software startups which are proud to have built their products in Cambodia and sold them globally. Chris is an active member of the Barcamp movement, attending and speaking at events across the region and is also a founding member of the up and coming Phnom Penh HackerSpace. Chris’s vision is for Cambodia’s software sector to leap-frog its neighbours by skipping IT outsourcing and moving straight to product focused startups fueled by the entrepreneurial spirit that Cambodia has in abundance.

Chris Noble is the General Manager for WorldNomads.com, a leading global travel insurance company. He is also the co-founder of The Footprints Network, an alliance of e-commerce businesses working with global NGO’s and grassroots organisations to fund community poverty alleviation projects around the world. Chris’ passion for travel, marketing, social media, travel philanthropy and customer engagement has helped position WorldNomads.com as one of the most innovative travel services companies online. When he’s not wrestling with his kids and twittering from obscure locations, he can be found travelling off the beaten track, shooting documentaries and wishing he could hold a tune in Karaoke.

Theary Seng is an author, a human rights activist, and the founder of the Cambodian Center for Justice & Reconciliation (CJR), Civicus: Center for Cambodian Civic Education (CIVICUS) and the Association of Khmer Rouge Victims in Cambodia (AKRVC). After the Khmer Rouge killed both her parents, she and her surviving family trekked across the border for Thailand in Nov. 1979 and emigrated to the U.S. one year later. She wrote Daughter of the Killing Fields (London, 2005), which will be updated and available in North America (Seven Stories Press NYC, 2011). She is working on a second book on justice and reconciliation in light of the Khmer Rouge Tribunal and her role as the first recognized victim-civil party to confront the senior Khmer Rouge leaders in international law. Theary sits on the Governing Board of various organizations, including the Affiliated Network for Social Accountability in the East Asia & Pacific (ANSA-EAP) operated by the Ateneo School of Government, now an independent Foundation registered in the Philippines; the Human Rights Resource Center for ASEAN (HRRCA), a Foundation registered in Indonesia, etc.

Recently appointed as the first Executive Director of CLA, Phloeun Prim was born in Cambodia and raised in Canada since the age of three. He returned to Cambodia in 1998 and joins a European Union Program that later became a self sustainable company, which is now Artisans d’Angkor. From his debut, the group of 50 artisans has now turned to employ over a 1000 artisans and staffs and is now distributing high quality crafts in Cambodia and around the world. Phloeun will share the story of his journey as a young social entrepreneur into the arts and talk about the power of the arts and how arts and culture helps to transform a nation. 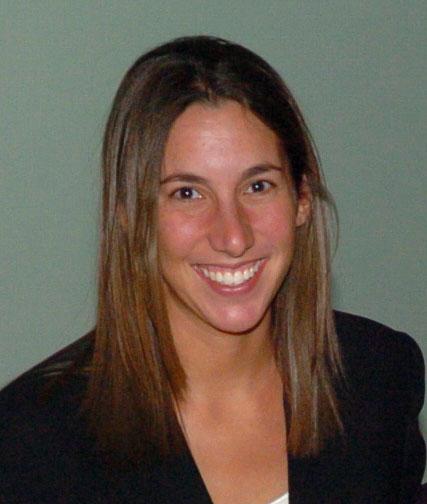