Bridging thoughts and knowledge to shape our future, that was the theme of TEDxCoimbra 2010, that tookk place on the 16th of October.

In the city of Coimbra, also known as the “city of knowledge”, thinkers, makers and doers with different backgrounds share what they are most passionate about, presenting their views and ideas to bridge thoughts and knowledge that can improve and shape the future of our societies.

Born in Porto in 1959, Alvaro Costa is an opinion-maker of the pop culture, associated with music in Portugal, where he returned after a few years of work as a correspondent of various media in London and Los Angeles. With a long experience as a TV and radio producer, as well as various functions in areas as diverse as DJ'ing, management of cultural festivals, sports events, Costa maintains his own blog and enriches his vast collection of interviews, essays and writings. Recently he presented the "League of Last" in RTP, participated in the "Worldcup at night" programme on RTPN. Currently he presents the programme "álvaro.com" on Antena 1.

She is currently a director of the “Knowman”, a company which provides consultant services in the fields such as knowledge management, organizational learning, cultural changes and social networks. During her eight-year stay in London, she worked as a consultant for social projects at "Headshift", a knowledge manager in an agency of the British Ministry of health (more commonly they say Department of Health but I do not know exactly how do the two differ) and shared responsibility over a cultural change programme in one financial institution.I n 2001, she co-created the portal dedicated to knowledge management and organizational learning. In 2003, she co-edited a book called Business Management in the Knowledge Era (Syllabus Editions), writing a few chapters herself. She was the president of the jury for the Intranet Portal Award 2008 and returned to this position again in 2010. In 2010, she has also taught Information and Knowledge Management on the Masters of Competitive Intelligence course at the University Fernando Pessoa.

He was born in 1934 in Mamarrosa in Oliveira do Bairro. He holds a PhD in Cell Physiology and Biochemistry from the University of California, Berkeley. He is the Director of the Institute of Education and Citizenship, a Honorary Director and researcher at the Centre for Neuroscience and Cell Biology at Coimbra University and Professor at the Zoology Department on the same University. He is a former Rector of the University of Coimbra and a former docent at the Faculty of Columbia University in New York. He was a member of the Advisory Board of the Science Office of the Calouste Gulbenkian Foundation and of the Scientific Health Council, and of the Foundation for Science and Technology. Currently, he is a member of the Advisory Board of COTEC and the National Council of Education. He has published over 200 original scientific papers in major international journals in the areas of biochemistry, cell biology, the neurosciences and biomedicine. He co-authored a book about Biology teaching techniques and wrote several chapters in diverse scientific books. He also possesses a Degree of Grand Officer of the Order of Infante D. Henrique.

he was born in Lourenco Marques, Mozambique, on the 7th of August 1966. She started her professional career as a ballet dancer, then as a choreographer, tried herself as an actress and finally settled in the field of psychology. She attended the Dance Course at the National Conservatory of Lisbon, as well as at the Royal Academy of Dancing. Her fruitful dancing career also includes courses of various dance styles, which enabled her to participate in several dance performances not only as a dancer, but also as choreographer and executive director. She held various courses of dramatic expression, and she has been participating in numerous programs on TV and cinema. She holds a Degree in Applied Psychology (more precisely in the area of Clinical Psychology), a Masters Degree in Education Sciences (Educational Psychology), and she is currently attending a PhD in Psychology. As a part of her academic research, she has written and presented numerous scientific papers and other written works. This woman, successful in so many disciplines, is one of the best known faces of Portuguese show business thanks to her participation in numerous shows and sitcoms on the various television channels.

Has a degree in Theology and Humanities, Universidade Católica Portuguesa, and professionally acts in project management, pedagogy and participatory methodologies areas. Has extensive experience in project management in the context of humanitarian aid and development cooperation, strengthening the third sector organisations and social responsibility of companies and partnerships in the 3rd sector. He is Executive Director of the OIKOS – Cooperation and Development, since 2004, where he has been involved since 1994.

e was born in 1970 in Mozambique and already had his first performance in 1981. In 1986, he was awarded with the “Promising newcomer” prize on the 7th Festival of Magic in Figueira da Foz, organized by an Association of Portuguese Illusionists. Two years after, on the 2nd National Congress, he won the first prize in the most difficult discipline: manipulation. In 1990, Luis de Matos had his first appearance on television, in RTP´s special Christmas programme. As a result, he was offered to produce various entertainment shows on RTP during the following years. In 1991, he participated in an International Magic Festival in Madrid, where he presented his manipulation performance in front of the magicians from all over the world for the first time. Also, he invented the illusion “Behind the Mirror”, which would soon be recognized as his legacy in the international community of magicians. In 1995, Luis de Matos received an “Award of Merit” of the Academy of Magic Arts of Hollywood and in 1999 he was awarded with the highest honour in the world of magic – “Magician of the year” prize, given by the same Academy. Recently, he has given numerous performances and has dedicated his work to one of the most difficult disciplines in the sphere of magic – manipulation.

He is an assistant professor of Biophysics, at the Faculty of Medicine on the University of Coimbra and was an assistant professor at the Neuroscience School of Psychology of Maastricht University as well as a visiting scientist at the Max-Planck-Institute for Brain Research on the Department of Neurophysiology in Frankfurt, Germany. Currently, he is the Director of IBILI and his entire scientific career has been oriented towards demonstrating a possibility of successful connection between Basic Scientific and Clinical Research. His professional achievements have made severe impact on some of the areas of Neuroscience, Psychophysiology, Human Genotype-Phenotype Relations in diseases of the Visual and Neurodevelopment, Functional Brain Mapping (using the new techniques of neuroimaging), and Comparative Human and Animal Neurophysiology. The Visual Neuroscience Laboratory of IBILI on the Faculty of Medicine of Coimbra , which he is in charge of, has been greatly involved in the area of Ophthalmology and Vision Sciences, within the framework of the single European Network (Evi-GENORET). As a part of that Network he has also edited "Standard Operating Procedures" of Visual electrophysiology. Moreover, Miguel Castelo-Branco is a scientific coordinator of the National Network for Functional Brain Imaging, which is an initiative that brings together the efforts of several Portuguese Universities. He is a 2009 winner of a “Bial” Grand Prix of Medicine of Bial Foundation (Jury nominated the Scientific Councils of the Portuguese Medical Schools).

He graduated in Social and Cultural Anthropology, devoting himself primarily to the construction of identity processes and national identities. He has developed his research in Baixo Alentejo, Beira Baixa, and Trás-os-Montes. He is the author of the book "The people and the edges - the memory of the men on the road" (2003) and director of the ethnographic film "(Who)Sings! Community windmill of perception - the work and feeling, in the tavern, the meal" (2004). Founding member of the project Old Piper and a member of Grupo de Bombos da Casa do Povo do Paul. He has been researching and developing collections primarily in the ethno-musicological context of Beira Baixa.

Born in Lisbon in February 1980 and is one of the last representatives of values of humour and creative writing nationwide. Dedicated primarily to stand-up comedy, he achieved to work with not so dominated style of humour in Portugal – black humour. He uses that humor as his canvas, and the microphone as his brush, creating daily different “paintings”, sometimes being ironic, others, cynical and offensive! He has a degree in Communication Sciences, and he was the founders of the EscritaCriativa.com website, as well as of the group of humorists Alcómicos Anónimos.

He studied history and political theory at Oxford where he also gained a doctorate in economics. In his twenties he was an economic and political assistant to Prime Minister Harold Wilson, and since has advised other heads of government. He taught at the University of Sussex before becoming Labour Member of Parliament in 1979. In 1989 he resigned from parliament to assist Jacques Delors in shaping EU policies for economic and social cohesion. He also helped draft the concept of Innovation by agreement in the Lisbon Agenda. He has been a professor of economics at the European University Institute in Florence, and thereafter visiting professor at the Roskilde University Centre and at the Faculty of Economics of the University of Coimbra.

He graduated in Communication Design at the School Antonio Arroyo and College of Fine Arts in Lisbon, but being involved simultaneously in trainings in Theatre, Music and Pedagogy. In 1997 he began his career in the area of traditional Portuguese percussion with Rui Junior, creating a very strong fondness for this area, which continued in projects of Portuguese music, that touches us today, such as "Devil's Snoring", "Sebastião Antunes". In 1998 he founded the Theatre Group Rabo dePalha and he has worked in various theatre related creations in the role of actor / musician. In 1999. he began working in the area of pedagogy, creating and developing activities in the Education Service of Bedeteca in Lisbon, Office for conversion of Casal Ventoso, project “Bringing Reading”, Educational service of the Calouste Gulbenkian Foundation and Culturgest.

He is graduated in Psychology at the University of Coimbra. His specializations are Psychology of Organizations/Human Resource Management and Vocational Guidance. He got his Masters Degree in Sport Psychology in the area of coaching starting from profiles of individual and group motivation. He works in the Municipality of Cantanhede in the area of Human Resource Management. He was responsible for the project CAF that won the National Award for Best Practices of Local Administration 2006. He is one of the creators of the Stock Exchange of Ideas in the city of Cantanhede. He provides companies with consultations on Strategic Management of Human Resources and Innovation; individual clients on Vocational Guidance; and sport clubs, coaches and athletes on Sport Psychology. He has already studied, travelled and lived in various countries and continents, speaks several languages, runs a weekly radio programme, promotes events related to cinema, writes columns for technical and generalist press in his area, does voiceover and presentation of cultural and sport events He adores watching NBA, practicing body board, and confessing to be a clumsy and lazy cook.

ShVelha Gaiteira was born in Paúl with the intention to promote bagpipe and traditional percussions of the Beira Baixa. It is a project with traditional root whose repertoire serves as a tribute to all the old pipers who keep alive the music as a means of communication and expression of culture and identity. The original songs leave this rural and pastoral universe in order to open a new path by exploring sounds of bagpipes, box, drummer, tambourine, and creating a new style already known as Rural Organic Trance. 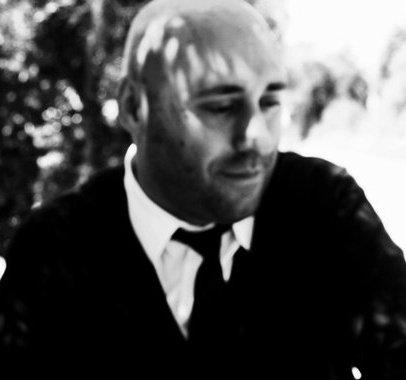