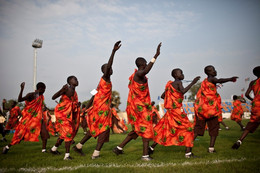 The TEDx event, entitled “New Nation, New Ideas”, will take place for the first time in South Sudan. TEDxJuba will mark the one year anniversary of the country’s independence (9 July 2012) by showcasing a growing community of innovators and encouraging direct south-south collaboration and knowledge sharing. TEDxJuba will contribute to the growth of the nation by fostering civil society discourse and by strengthening opportunities for young people, women and children to realize their rights.

This event, which launches a sustained conversation, will take place in Juba on 13 July 2012. TEDxJuba will be open to thinkers from a wide range of fields to create positive change and impact and set the ground for the second year of Independence as a year of innovation in South Sudan.
5 to 6 speakers will be accompanied by cultural performances such as music, drama and dance. After the event, there will be a space and opportunity for networking.

Joseph is the father of the new South Sudan national anthem, a prominent author, playwright, cultural critic and co-director of the South Sudan Theatre Company. He translated Shakespeare’s Cymbeline into Juba Arabic, which was performed at London’s Globe Theatre, developed southern Sudanese street theatre, and founded the Skylark Dramatists’ Association in 1979.

Rachel Alek, Editor, SHE South Sudan'sfirst women's magazine. SHE tells stories and features from a female perspective about life, development, fashion, politics, economics, environment and society. The aim of the magazine is to provide information women need and which is taken for granted in societies with an overload of information, but is lacking in South Sudan. Rachel strongly believes the women of South Sudan need female journalists to be able to explain their interests in public, and has recently written about the efforts of women in Jonglei to end the conflict peacefully. She is studying journalism at Juba University.

I’m a Executive Creative Director of Global Insights at frog – a global design and innovation company. Prior to this role I worked for almost a decade as a strategist in Nokia’s Los Angeles design studio and Principal Scientist in the Nokia Research Center, Tokyo. I specialize in taking teams of concept/industrial designers, psychologists, usability experts, sociologists, and ethnographers into the field and, after a fair bit of work, getting them home safely. The tough part of the job is in using the data to inform, inspire and affect how my colleagues think and what they do, and in turning research into products, services and core intellectual property that underpins the future business.

I was born in Aweil West county, Northern Bahr el Ghazal state, South Sudan and a son of the former paramount chief of Ayat, now deceased. At the age of 8, I joined the “Lost Boys of Sudan”, who escaped from the civil war, first to Ethiopia, then to Kakuma refugee camp, Kenya. I became one of the leaders of the boys at Kakuma refugee camp. Now a Canadian citizen, I returned to my home country to help rebuild our community. I am now based in Aweil, Northern Bahr el Ghazal state, South Sudan and am currently working on finishing up the second primary school and manufactures biosand water filter and install them in village homes.

Marketing Manager, Lulu Works. As a non-profit trust, Lulu Works has created an infrastructure for a sustainable shea oil industry for the women of South Sudan, ensuring the rights of South Sudanese women as the traditional guardians of Sudan's lulu (shea nut) tree. The fair trade income reaches a total of 400 women in South Sudan, helping them maintain a healthy household with money for food, clothing, education and medical care. Sustainable living coupled with a wide variety of productive investments is contributing greatly to the development of the local economy.

Former Sudanese refugee and supermodel, marks the one year anniversary of independence with her first journey home since the historic referendum. She brings with her a message of peace, hope and inspiration for the young nation. Her firm commitment to innovation in education, creative business solutions and passionate belief in the young people of South Sudan as contributors and recipients of innovative solutions for the future, will be the theme of Alek's presentation. She will talk about her journey to success as a supermodel and how she hopes her story will inspire the youth of this budding nation to strive, in spite of so many challenges, to reach their personal dreams. Alek not only rose to fame as one of the first African supermodels but she has become an emerging voice for refugees. Alek has worked with numerous groups over the years utilizing her fashion platform to lend a voice to critical humanitarian solutions.

Jok Madut Jok, Under-Secretary Ministry of Culture, Youth and Sport; Co-Founder Sudd Institute; Professor of African Studies, Loyola Marymount University, California and author of many books on South Sudan and North Sudan. He will be speaking about the importance of culture in nation building, emphasizing the celebrations of cultural diversity and importance of national heritage to create national identity. He believes young people are the vehicle for national cohesion and the focus for a strong future.

Warille, CEO of IMATONGAS, was born in 1974 in Juba town. After the break of the second civil War, Warille’s family was forced to relocate to Khartoum, Northern Sudan, where he went to school and joined Khartoum University, eventually graduated in 2000 as an Electrical Engineer . From graduation till the signing of the CPA in 2005, Warille worked for the Ex- Mobil and PETRONAS Marking both multinational companies operating in distribution of oil product in the North. In 2005, Warille resigned and decided to come back to Juba and to contribute in the post-war development. He founded IMATONGAS in 2006 and since then he has been managing the company. Currently IMATONGAS employees are more than 50 South Sudanese, and one of the leading distributing companies in South Sudan. He recently obtained an MBA from Kingston University in London. 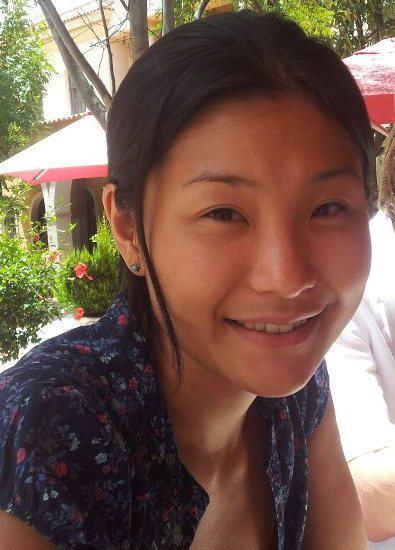